Blog » The Bellus Lawsuits: Denying Leases for the Wrong Reasons Can Send Landlords to Court

Bellus Real Estate is bringing landlords throughout the state to court, alleging that certain housing providers are unlawfully denying tenancies to addicts in recovery. 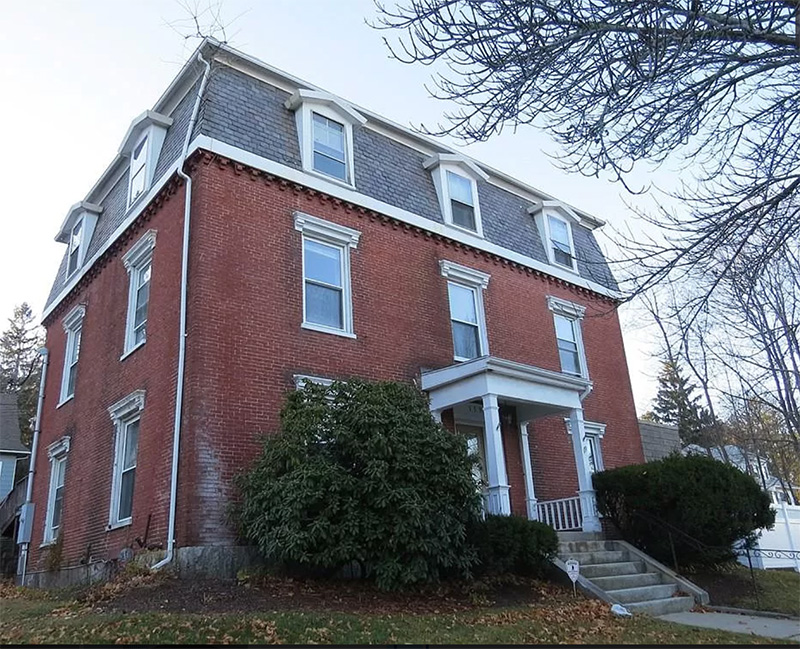 A street view of the physical address of Bellus Real Estate, per their website. Bellus initiated multiple discrimination lawsuits over the course of 2020 and 2021 for unknown reasons.

Earlier this year, attorney Rich Herbert alerted MassLandlords to civil suits filed by Bellus, at least one of them against one of his clients. The complaint we were provided included emails between a prospective tenant and a landlord who seemed disinclined to allow a rooming house situation on his property.  Neither Bellus nor Herbert returned our requests to speak further on the issue.

Regardless, this situation shows how landlords must be cautious when vetting clients, even when you may be within your rights to deny a tenancy. Here’s what we know about the situation.

In 2020, emails went out to housing providers who had units available for rent, asking them to consider renting to a group of individuals who would use the rental as sober housing. When landlords either declined to continue the tenant screening process, or did not respond to the email, Bellus brought lawsuits against them on the grounds of discrimination, according to attorneys familiar with the cases.

The first emails we saw featured either a young professional or a caseworker reaching out to a landlord to ask about housing they saw advertised on Craigslist. In most of the emails, there was also a reference to some sort of “program,” implying this tenancy might be less straightforward than other rental situations.

“Specifically, the home would be occupied by a group of former drug addicts who would live in the home full-time while they work on their recovery from addiction (typically involving intensive outpatient treatment programs, or IOPS as they are called). Accommodating these handicapped residents would not require any modifications to the property. They would simply live as if they were a family related to one another,” the email read. “How can we move forward?”

One email was signed “Alex.” Another, with nearly identical verbiage, was signed, “Tony.”

Both emails went to the same landlord about different properties.

The landlord received Alex’s email in March 2020, and initially responded favorably. He stated that for the property in question, he would likely cap the lease at four occupants, and that each adult would need to be on the lease. The landlord asked the name of the program and information on the tenants to begin conducting standard background checks for tenant screening. He received the paragraph above in response. The landlord again asked for background information. When he did not receive it, said he could not move forward without it and wished Alex luck.

In April, the same landlord received an email from “Tony S.,” who claimed to be someone working in human services who was moving to the area for a “professional opportunity.” Tony asked for more information about the property, which the landlord provided. However, when the landlord received a paragraph nearly identical to the one quoted above, he responded with “that is not something I am interested in, thank you.”

These emails were attached in one of the complaints in a resultant lawsuit.

Who is Bellus, and Why Do They Care?

Bellus Real Estate is a Worcester-based development company owned by Hunter Foote. (In the interest of full disclosure, David Foote, Hunter’s father, is the past president of MassLandlords’ affiliate group, the Southern Worcester County Landlord Association. Otherwise MassLandlords has no connection with Bellus or Hunter Foote.)

Foote also owns Vanderburgh House, a company that states its mission is to “build sober living communities where our residents are supported in their recovery journeys.” And while the suit is not being brought on behalf of Vanderburgh, the initial email to the landlord makes it sound as though the potential tenant is looking to set up a housing model similar to what Vanderburgh does.

In fact-checking this story, we learned that Bellus has had at least three attorneys through the duration of these cases, some of which are still open, others of which are closed.

By conducting a public records search of court cases, we found that in 2020 and 2021 Bellus filed six cases as the plaintiff in various housing courts across the state, specifically the Eastern Housing Court (four cases) and the Northeastern and Western housing courts (one case each). Attorneys familiar with the case informed us that they were based on housing discrimination claims.

Of those six, three were voluntarily dismissed and one was dismissed by “court order.” A fifth has had a motion for dismissal filed as of publication. One of the attorneys who had previously worked on the case said that some of the Bellus cases had been voluntarily dismissed by the plaintiffs because the landlords did not have many assets or the cases were instances in which the landlord simply had not replied to the email listing the specifics of the arrangement. Other cases had been settled. We were not able to obtain more specifics than that.

At least two of the defendants were pro se, that is, they represented themselves in court.

Here at MassLandlords, we are left with many questions. We had a Zoom interview set up with the executive director of Vanderburgh and Bellus, Hunter Foote, for 10 a.m. on a Saturday. Though he had agreed to the meeting, he ultimately did not attend. Follow-up emails to reschedule went unanswered.

We were also not able to get a response from Atty. Herbert, who had initially brought the lawsuits to our attention.

Without people willing to speak on record, the reasons why Bellus might be interested in filing these lawsuits remain unknown. To suggest any motive in particular would be speculation. We know that Bellus and Vanderburgh have a connection. However, in looking at its “Become an Operator” page, Vanderburgh seems to prefer that people who own homes become operators, rather than encouraging subletting or long-term rental situations. This is somewhat different from the situation described in the emails.

What You Should Do in a Similar Situation

Landlords should remember that Massachusetts has very strict anti-discrimination laws for housing that are more encompassing than current federal protections. This includes protections for those recovering from drug addiction.

However, setups like Vanderburgh housing may be short-term. Vanderburgh participants are renting a room on a weekly or monthly basis. Though the emails MassLandlords saw did not specifically mention Vanderburgh, it’s not a leap to assume that there could be a connection.

As a landlord, you do not have to allow subletting (and your municipality may consider sober housing a type of rooming house, so you may need to meet special parameters to operate as such). You are under no obligation to do so, but you must tread carefully.

If you were to receive an email like the ones the defendants received, do not ignore it. This is grounds for a discrimination suit (though we learned that cases where the defendants simply did not reply ended up being voluntarily dismissed by Bellus). Instead, ask for more information. If the situation sounds like a subletting or rooming house situation, your best bet is to state your lease requirements (such as, “anyone living in the house or renting a room must have their name on the lease; we do not allow subletting”).

If the response is, “Great! We have four men who want to live as roommates and are happy to sign a one-year lease,” then proceed with the application process to ensure they are qualified tenants (and remember, the fact that they are in recovery is something you may not and should not judge them for).

If the reply details something like the Vanderburgh model, fall back on your lease requirements if you do not or cannot operate your rental to those specifications.

And as always, consult with your attorney if you have any questions.

This is not an article against Bellus, or the landlords who found themselves in court over some inquiry emails. Bellus had every right to bring lawsuits against landlords who refused to rent to people in recovery. However, it’s not clear that that’s why the landlords were refusing. Some just didn’t answer the email outlining the living arrangements. The responding email we saw from one landlord simply said he wasn’t interested, and didn’t specify why. Perhaps he wasn’t interesting in a subletting situation.

Whatever the reason, it’s important that you operate within the bounds of the law and provide equal housing opportunities to everyone. That does not mean you need to change how you operate your rentals, but be explicitly clear that that’s why you are uninterested in continuing the rental process.

This is a cautionary tale. Even a dismissed lawsuit can be costly. Rather than hiring an attorney to play defense, make sure your offense (that is, your rental practices) are above-board and on the right side of the law.

The protected housing classes in Massachusetts are race, color, national origin, religion, gender, gender identity, sexual orientation, disability, ancestry, genetic information, marital status, veteran/active military status, age, familial status and source of income. The links in that list will take you to our articles on discrimination (and will be updated as we have more content). It’s worth a read to make sure you don’t wind up accidentally caught in a lawsuit.

2 Responses to The Bellus Lawsuits: Denying Leases for the Wrong Reasons Can Send Landlords to Court