How to Avoid Discrimination Based on Race, Color and Ethnicity when Renting

How to Avoid Discrimination Based on Race, Color and Ethnicity when Renting 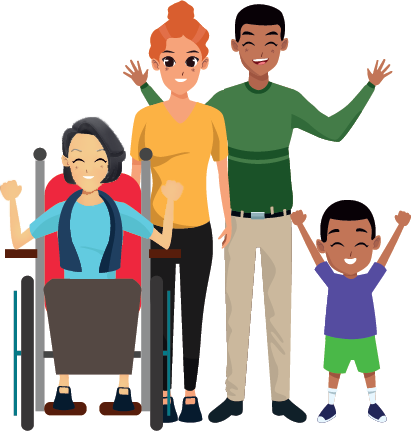 The law is clear: discrimination based on someone’s race, ethnicity or color is illegal. Make sure you’re treating all potential tenants fairly.
License: cc by SA-4 MassLandlords

It is difficult to sum up concepts like “race” and “ethnicity” in a few sentences, especially since the terms are sometimes (incorrectly) used interchangeably. For the purposes of this article, we will use the Miriam Webster definition of race: “a category of humankind that shares certain distinctive physical traits.” Ethnicity is defined as “large groups of people classed according to common racial, national, tribal, religious, linguistic, or cultural origin or background.”

Race can also be what others consider a person to be. A biracial person who more strongly favors their white parent may be perceived as white instead of biracial or Black. Conversely, a person with white parents who considers themselves culturally white but has a skin tone or features that favor their Mexican grandparents may be perceived as Latino. This can become an important factor in discrimination cases, something that we will touch on shortly.

A Few Words on Color

“Color” in the context of race and ethnicity is a broad category. It refers to how one appears, or how others see them. Most (but certainly not all) people from countries in northern Europe look white. A person with Hispanic, Latino, Indian, Middle Eastern or African roots may be seen as brown. It’s critical to remember that while color is not a race or an ethnicity, it is still a protected class. You cannot discriminate because you don’t want people of a certain skin color living in your rental. As a landlord, the only thing that should matter to you is that you have tenants who will pay the rent on time and follow the terms of their lease.

When speaking, you should only include someone’s color or race if it somehow provides valuable context to the story. For example, “she said that as a Black woman, she was concerned about his comments about racism,” provides information to help you understand the woman’s perspective. “A Black woman came in and tripped on the rug,” is inappropriate. The fact that perhaps your rug isn’t tacked down properly has nothing to do with race.

When it Comes to Fair Housing, Perception Counts

Let’s say that someone who is white but looks like a minority goes to look at an apartment. The landlord treats her differently than he does the other prospective tenants, who all appeared to be white, telling her that she may be more comfortable in a rental in a different part of town with a large Hispanic population. Even though this person is white, she can still sue on grounds of discrimination based on ethnicity.

When meeting applicants, you must be aware of your words and behavior. If you are white, something that you don’t perceive as racist at all may be seen much differently by someone who is of a different race.

For instance, you may be unaware that Black people, particularly women, have a history of being targeted for their hairstyles. Natural hairstyles have been called unprofessional because they don’t align with Euro-centric ideas of what “professional” looks like. Black women may also face discrimination when they go to get their hair styled, paying more than white women for time in the salon chair. If you are white and you touch or comment on a white woman’s hair, you have (very unprofessionally!) invaded her personal space. If you do the same to a Black woman, not only have you acted unprofessionally, but you have also acted in a racist manner. Don’t touch people (other than shaking hands, if you normally do so) and don’t comment on their appearance in any way.

When someone gives you their name, all you should say in response is “nice to meet you” (or provide yours, if they started the introduction). Do not comment on names you perceive as “unique” or say something like “I always have trouble with ethnic names.” Don’t try and correct spelling. This is rude, and, once again, racist. Black people are not making up “crazy names” just because you don’t understand the history behind Black naming (and no, your mother’s sister’s friend who works in a hospital did not have a mother name her baby Orangejello).

The only exception is if you are meeting a small baby (not toddler). Then, by all means, feel free to tell the proud parent that you like the name they’ve chosen for their infant.

Finally, the words you use have weight. Do not throw random words of a language you don’t speak into conversation in a ham-fisted attempt to be relatable. Words like “thug,” “ghetto,” and in some cases “urban” are all considered racist dog whistles. You might think you don’t mean anything when you use them, but others are going to hear something negative under those words. And perception can be much stronger than someone’s intent.

How to Avoid a Lawsuit for Race-Based Discrimination

It’s easy to avoid ending up in court for discrimination based on someone’s race, ethnicity or color.

Don’t mention race. Don’t make comments about your race, or their race, or anyone else’s race or ethnicity. Don’t ask what country they’re from, or inquire where their parents are from. Don’t comment on their appearance.

Show the apartment to everyone the same way and leave race, color, and ethnicity with your hat and coat by the door.