Blog » How to Avoid Discrimination Based on National Origin

Discriminating against someone based on their national origin when providing housing is illegal under both federal and state law. “Ethnicity” and “nationality” are sometimes used interchangeably, but they are two different terms. 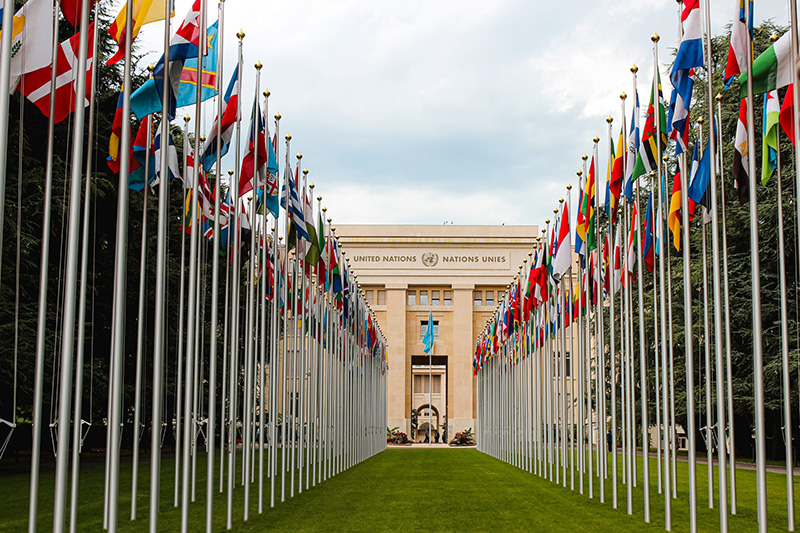 It’s illegal to deny someone housing because you dislike the country they come from.
Image license: Mathias P.R. Reding for Unsplash

It’s important to recognize the difference because to remain ignorant of the nuance presented here is to put yourself at risk as a landlord.

For example, suppose you are a white landlord with Irish heritage. Your grandparents came from the Republic of Ireland and passed down stories of how much they disliked the English. In turn, your parents passed down a distrust of British people to you. A white family shows up to tour your apartment and tells you they are from Manchester. You deny them the rental and tell them it’s because you’ll never forgive the British for the potato famine that killed your ancestors.

No, under the technical definition of “race,” you’re not. However, you are discriminating based on someone’s national origin, and that’s protected under the law alongside race and ethnicity.

That may seem like an obvious thing. Most people probably know not to discriminate against someone just because they come from a country whose politics you disagree with, or whose state religion is at odds with yours. But discrimination based on national origin can take other forms as well. For example:

are all examples of things that could be discrimination based on national origin.

Things to Avoid when Talking to Potential Tenants

Like race, national origin can be tricky to pinpoint, which is why it’s better not to bring it up at all, even if you think you’re showing solidarity.

An example: You have a tour scheduled with someone whose last name is Armenian. You are also Armenian and strike up a conversation about your heritage with this potential tenant. You think you’re just being friendly, but the conversation quickly turns political and you end up revealing your feelings on Turkish people, deeply offending the tenant, whose mother is Turkish. You’ve created a negative environment based on national origin, and have also given the impression that you would be disinclined to rent to people who come from certain countries. Neither of these things are best practices for a professional landlord.

Saying things like “you’re Norwegian? So am I! Many people in this building are Norwegian,” seems innocent enough, but can seem like you do not want anyone who is not Norwegian in your rental. If this seems like an odd example, it’s one that was provided to us years ago from the Massachusetts Commission Against Discrimination (MCAD).

To stay on the safe side, leave national origin out of the conversation. Even if you think you’re being friendly, it’s a slippery slope, and anyway, you’re not going to become this person’s best friend. Your tenants are not your friends.

Language Barriers are Not Housing Barriers

If your prospective tenant does not speak English, or does not speak English well, they may benefit from having a translator. You are under no obligation to provide this service, but you cannot deny someone the use of a translator, either. This may lead to slight delays to your rental process to give them the chance to get one, but a reasonable delay should be honored. For important documents, you can use an online translation service to provide a snippet to your tenant or potential tenant that says “this is an important legal document. Please have it translated.” MassLandlords members may also find our translation assistance documents useful. For casual conversation, Google Translate or a similar app may prove helpful.

Remember: speaking English is not a requirement to get housing. If you are a landlord with many rental units, you may want to consider having your lease translated into Spanish (or whatever primary languages besides English your tenant base tends to speak).

You should screen your potential tenants prior to entering a contract with them. However, your go-to screening service may ask for a Social Security number in order to perform background and credit checks. What do you do then?

The answer is, find a new screening service. You cannot tell your would-be renter that you cannot rent to them because your U.S.-only service won’t let you conduct a background check without a social security number.

Instead, find a new service, perhaps one with international partnerships. These services can pull non-U.S. credit and criminal records for you, something that is bound to be useful throughout your tenure as a landlord.

Our tenant screening service page has a breakdown of many U.S.-based services that provide credit and/or criminal checks. It also has one international option, though it has not been evaluated by us. If you use an international option that you find particularly good, please let us know at hello@masslandlords.net.

You know that if you require a security deposit, you have to require one from everyone. This includes your international renters. That security deposit has to go into a bank account that has your tenant’s name on it. But...banks require a social security number to open an account, don’t they?

The answer is yes, banks do require a social security number for new accounts, but only from people who have social security numbers. For those who cannot fill out the W-9 form, there’s the W-8BEN form, which your bank should accept. Then, you can set up an account with your tenant as the beneficiary.

If your bank doesn’t know what a W-8BEN form is, it’s time to find a new bank.

An Agency has Sent Me Potential Tenants Who are Refugees. What Now?

Depending on where your rentals are located, you may get calls from time to time from agencies trying to place refugees. A refugee is someone who has been forced to flee their home country to escape dangerous situations such as war, persecution or natural disaster. Depending on how quickly they had to leave, refugees may not have very much in the way of resources.

If an agency calls you and says something along the lines of, “I have a family of five from Afghanistan, they have refugee visas and will receive three months of rental assistance from our agency,” do not dismiss this out of hand.

Instead, screen them like you would any other tenants who have a temporary source of income and proceed accordingly.

According to Miriam Webster, the practice of affirmative action is “an active effort to improve the employment or educational opportunities of members of minority groups and women...[or] a similar effort to promote the rights or progress of other disadvantaged persons.”

We tend to hear about affirmative action in the context of employment or college admissions. However, housing providers should be careful when choosing who to rent to. You don’t want to deny someone housing because of their race or national origin, but you also don’t want to be discriminatory against other groups.

This is where niche advertising can be your friend. If, for some reason, you really want to cater to an international student population, you can focus your advertising on international channels to reach your intended audience. But if a non-international tenant applies, you still must consider them. Anything else can run you afoul of housing discrimination laws.

When it Comes to Rules, Healthy and Safe Enforcement is Best

Finally, when renting to tenants who are not American, remember that they may be unfamiliar with things that we have come to take for granted. Be patient, and go over all of the rules you can think of to help ease their transition.

For instance, some countries may not have curbside trash collection. If your tenants do not have a car, or you do not have a dump in your municipality, they may not be sure what to do with their garbage. Tell them when trash collection is and give them instructions if they seem unsure. If you notice a problem, give them a chance to make things right. (This is not to say you should not evict for cause, for instance, if trash hoarding reaches an unsanitary level. However, providing opportunities to fix the issue first is in everyone’s best interest.)

Other things you can do could include leaving stickers with instructions about 911 near the telephone, providing a map of your city’s transportation stops or providing a list of nearby restaurants and grocery stores, as well as the address of the closest library.

How to Avoid Trouble with Discrimination

Some things are very simple. When in doubt, leave it out (of the conversation). National origin, like race, ethnicity, sexuality and all the other protected classes, have no place in your tenant vetting process.