Blog » How to Avoid Discrimination Based on Sexual Orientation 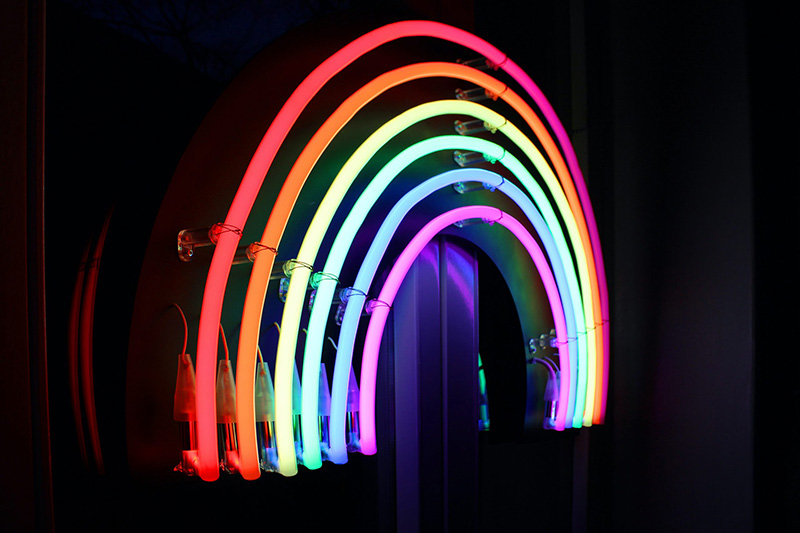 Gay, straight, bi, or any other orientation...what consenting adults prefer to do together shouldn’t factor in to your tenant selection.
Image credit: Ana Cruz for Unsplash

Heterosexual, Homosexual, Bisexual, Pansexual...What Does It All Mean?

If you are lesbian or gay (formally “homosexual,” though some dislike this term), you are attracted to the same gender as yourself.

Bisexual people are attracted to more than one gender, typically both same- and opposite-sex individuals.

Some people may call themselves queer. You should never use this word yourself unless you are describing your own sexual orientation, or are specifically told by someone to use it when describing them. This term is regarded as a slur for anyone outside the LGBT+ community, and even within it, is a controversial word to use.

Intersex individuals are born with sex characteristics such as genitals and DNA chromosomes that don’t fit typical binary definitions for male and female bodies and body chemistry. Like transgender, intersex is included in the acronym despite not always being related to orientation.

Asexual individuals experience little or no sexual attraction. This is not a common sexual orientation but it does create its own set of social problems and deserves to be protected.

People who identify as pansexual do not consider gender in their attraction to other people. This could include individuals who are nonbinary, people who are agender or people who are gender fluid. There is some overlap with bisexuality, but pansexuality and bisexuality are different concepts, notably, the pansexual identity is often more inclusive of nonbinary attractors.

Don’t Make Assumptions (Not Everyone is Straight)

There are lots of stereotypes surrounding various sexual orientations. When giving tours or talking to potential tenants, make sure you don’t fall back on these in your conversations.

Bisexual, pansexual and asexual couples, as well as single gay or lesbian people, may or may not present as obvious members of the LGBT+ community. That is, they may not be identifiable as such unless they volunteer that information. You should not make assumptions about anyone’s sexuality. If you are straight, don’t assume a straight-presenting couple is straight like you. (and by extension, don’t go making insensitive, homophobic or bigoted comments, especially well-meaning jokes, about other LGBT+ tenants or neighbors thinking you have a straight audience).

On the same hand, don’t assume a masculine-looking woman is a lesbian, or a less-masculine looking man is gay. Straight people may sometimes incorrectly be perceived as LGBT+, as the film “Do I Sound Gay?” highlights.

Don’t say things like “my cousin Jason is gay; do you know him?” or talk about every gay person you know in an attempt at solidarity.

Steering is directing someone to another rental (even if it’s another one of your rentals) because of their demographic, and it’s illegal.

So, if you have a gay couple touring your apartment, and you know you have an older neighbor who may be offended by having gay neighbors, you cannot tell your potential tenants that. You cannot ask them if they would be more comfortable in a rental in a more gay-friendly part of town or in a particular neighborhood. (Cape Cod landlords: not everyone wants to rent in Provincetown.)

If you know another one of your rentals has several LGBT+ tenants or families, do not ask your tenants if they’d rather rent there. There are a thousand reasons why they may have applied for this unit over one elsewhere. Do not assume “living with people like them” is high on their list of priorities. They chose to look at this rental for a reason – maybe it’s the proximity to their job, maybe it’s got better schools, maybe they need to live close to a relative who provides childcare or needs a caregiver. You cannot know why someone is renting, and asking can lead to steering. “So why are you renting here instead of near the Women’s Art Collective?” is not the type of question a landlord should ask.

What if I Only Want Gay Tenants?

If for whatever reason you prefer to rent to LGBT+ community members, you may advertise your rental unit in gay-friendly spaces. However, you cannot reject a tenant solely because they are not pansexual or lesbian, for example. If a straight person applies for your rental despite your targeted advertising, you must consider them just as fully as you would any other applicant.

Much like other protected classes, what you think about someone’s sexual orientation is irrelevant when it comes to housing. What consenting adults do between themselves is not your business, and, as always, you’re not here to make new friends. Can they pay the rent? Do they pass your background check? Will they abide by the lease? That’s what’s important.