Blog » How to Avoid Discriminating Against Someone Based on Ancestry

The Fair Housing Act makes it illegal for landlords to discriminate against tenants or prospective renters based on their ancestry. (The FHA specifies that “ancestry” falls under their umbrella of “national origin.”) It’s also specifically unlawful as a separate category under MGL Ch. 151b. And while this may seem like the same thing as discriminating against someone based on their national origin, there are subtle differences between national origin and ancestry. 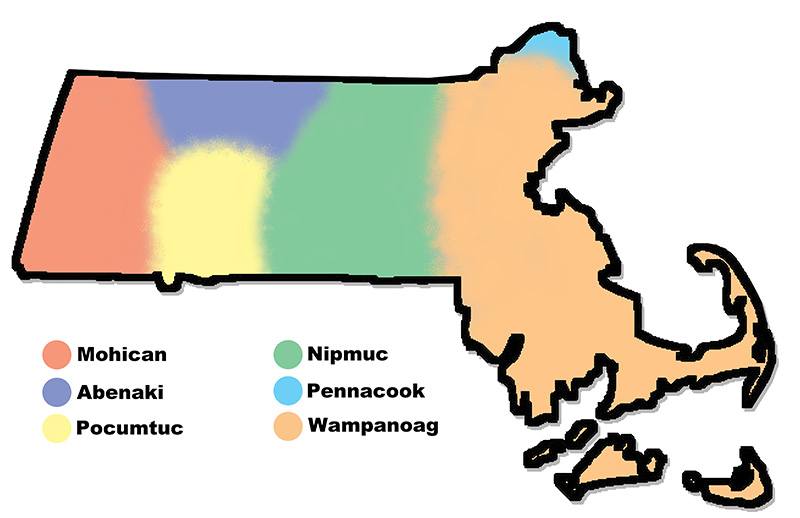 Massachusetts was once tribal land for multiple Indigenous groups. The 2010 federal census reported 37,000 Native Americans still reside in Massachusetts. It is important to respect someone’s ancestry, not discriminate against them for it.
Lic: CC By SA 4.0 MassLandlords, Inc.

“Ancestry” can be defined by some of the same qualifiers as national origin. Discriminating against someone because their ancestors came from Holland would be discrimination based on ancestry. But ancestry also includes the nation, tribe or identifiable group of people from which someone is descended. This can also include physical, cultural or other characteristics associated with someone’s ancestors.

Sometimes a person’s ancestry is the same as the country they were born in (their national origin). But this is not always the case. If a person with Cherokee parents was born in Canada, they may identify as Cherokee/Native American first, not Canadian. Conversely, someone with Cherokee heritage may be perceived and discriminated against for their Native American physical traits without ever identifying as Indigenous or stating where they were born. That would be discrimination based on their ancestry (or perceived ancestry).

Why Ancestry is Particularly Important in America

America is touted as a conglomeration of different ethnicities and races, but colonizers were historically cruel to Indigenous people. European settlers from overseas accidentally introduced new diseases to Native Americans (and in one recorded incident, attempted to do it on purpose). Native tribes were driven from their ancestral lands, and often had their children taken from them in an attempt to indoctrinate them with white/European social standards. This kind of forced assimilation continued as late as 1969.

Much of this went on under the guise of creating a so-called “civilized,” homogenous society. The goal was to eradicate Indigenous culture, with little to no regard for the complex social frameworks, values and spirituality already present within these groups.

We see this again, historically, with the treatment of Black people who were kidnapped and brought here as slaves, or who were descendants of slaves. European-descended Americans feared uprisings and made laws preventing enslaved people from gathering in large groups. They also attempted to prohibit them from cultural expression, including how they practiced their native religions and what languages they spoke. Today, the ideas of white supremacy still abound, in the form of overt racism, brutality and micro-aggressions that subtly attempt to subvert other cultures to uphold European values. Even the idea that America is a “melting pot” implies that assimilation, not individuality, is the ideal.

And those are just two groups of people; there are plenty of others who have also faced varying degrees of ostracization based on their ancestry.

This makes it even more important to ensure that someone’s ancestry is respected, and does not become a mark against them based on unfounded stereotypes or broad generalizations.

How to Not Discriminate Based on Ancestry

The easiest way to not be discriminatory is to remember why you’re talking to someone in the first place. You’re there to run your business; they’re there to possibly rent from you (or they are already your tenant and need to communicate with their landlord). Someone’s race, ethnicity, sexual orientation, etc., is not relevant to the conversation, so it shouldn’t come up at all.

That said, sometimes it’s not what you say, but how you treat someone, that tells them how you really feel. You can’t always help the first thought that pops into your head, but you can control what you do about it.

If you find yourself making assumptions about someone based on stereotypes, ask yourself why you feel that way. Do you truly believe that every member of a certain ancestral group behaves a certain way? Is every stereotype that exists about your ancestral group or race true?

Something else to consider are the words we use to describe things. Many terms are taken from other cultures and then appropriated or misused by people who don’t understand their significance. For example, the noun “pow wow” has very specific meaning in Native American groups, but is sometimes (less often now than in the past) incorrectly used by other cultures to refer to any type of meeting. This should be avoided, as should offensive terms created by European cultures to refer to people from other ancestry groups.

Even if a word is one you’ve always used, or never thought was a problem before, it’s never too late to change how you view things. In one newsworthy event, the football team now called the Washington Commanders opted to change its name from a term that is offensive to Native American groups. Some people called the change unnecessary; others were happy to see that particular pejorative retired.

Challenge yourself to examine how you act toward those of a different race, nationality or ancestry. You may say the right things (or at least avoid saying the wrong things), but are you using body language, a tone or other clues that this person isn’t welcome to do business with you? Are you friendly and outgoing until you find out that someone is Indigenous, at which point you turn cold and standoffish? Doing this might make a regular applicant uncomfortable; acting this way around a Massachusetts Commission Against Discrimination (MCAD) investigator posing as a potential tenant could land you in court.

Anti-discrimination laws exist for a reason. They protect people who have historically been negatively targeted for some part of their identity. Housing is one of the most basic needs that we all share, regardless of who we are or where we come from. Do your part to make sure you’re evaluating all your prospective tenants equally, and treating all your renters fairly.