Blog » The Conditions of Massachusetts Rentals under Rent Control: A Retrospective

Rent control began in Massachusetts in the 1970s, and lasted until a ballot initiative repealed it across the state in 1994. Today, high rental housing costs have many interested in bringing back rent control. However, the reality of cost-controlled rent left many landlords unable to remain in the rental housing business, and some tenants in less-than-ideal living conditions. 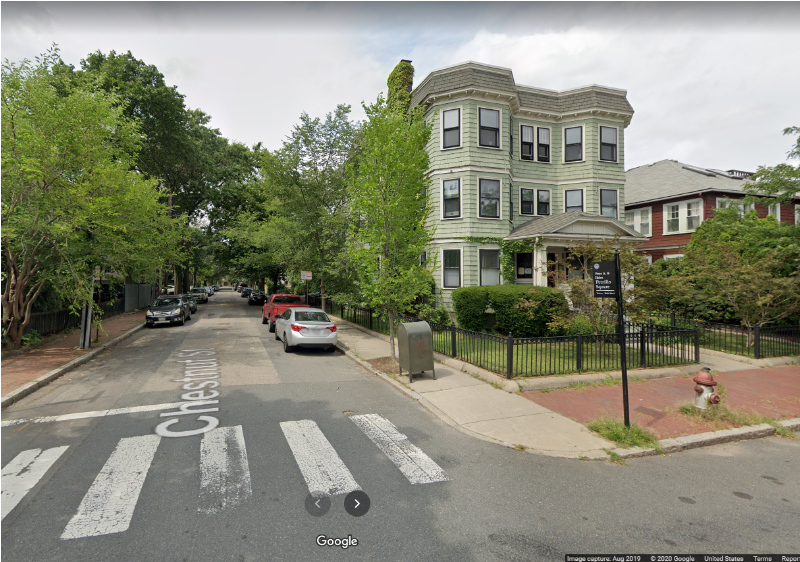 A marker outside the Petrillos’ Magazine Street home stands as a reminder of the dark side of rent control in Cambridge.
Photo Credit: Google Maps

What is rent control?

According to Investopedia, rent control is “a government program that places a limit on the amount that a landlord can demand for leasing a home or renewing a lease.” Data from 2019 shows that 182 municipalities located in New York, New Jersey, California, Maryland and Washington, D.C., have some form of rent control. But does rent control really work?

A breakdown from Freakonomics says no. MassLandlords summarized the podcast in January 2020, and you can read the full transcript here. Essentially, the podcast stated that rent control creates housing scarcity, leads to rental housing that is not well-maintained, and is not a sustainable solution for creating affordable housing. Landlords who managed rental housing properties in Massachusetts during rent control seem to agree.

A longtime landlord with a long memory

Massachusetts landlord Jim Regan bought his first investment property in the late 1950s at the age of 18. This gave him a front row seat for the fallout that he says happened as a result of rent control. Today, Regan manages rental properties all over the state, including Boston, Framingham and Waltham.

“All I can think of is stacks of paper,” he said, “and vacancies. That’s the biggest thing nobody wants to talk about: vacancies.” Regan said he could remember driving down major roads in Dorchester and seeing almost half of the buildings empty.

“Before rent control ended in Boston – and I’m just talking about Boston – there were 10,000 vacant units. It was just crazy,” he continued. The reason, Regan believes, was because landlords didn’t have the money to put in required maintenance on buildings. Rents didn’t increase just because taxes did, and investing in your property didn’t necessarily mean as a landlord you’d see a return on that investment. Rent increases for property improvements had to be approved by the rent control board.

“You were petrified [to go before the board],” recalled Regan. “I remember, for example, a fridge would break down, you’d have to go out and buy a new refrigerator. It would take you three to six months to get a decision whether or not you could get more money because you put a new refrigerator in there.”

As buildings fell into disrepair, Regan said he began to see things that were almost unbelievable. He recalled a time he drove down Blue Hill Avenue in the middle of winter and saw water pouring out of a front door.

“It was ridiculous,” Regan concluded. “I don’t know who made out on it at all. The tenants sure didn’t. The landlords didn’t. It was, in my opinion, lose-lose in both cases.” He said the few people who did find the silver lining of rent control were the ones who were able to buy the vacant, dilapidated buildings and invest in them.

“I bought some property during rent control that had been 50 percent abandoned. The tenants had moved out. There were 32 broken windows in that building...nobody from the bank wanted to go near the place. I bought it [from the bank] very reasonably. A lot of people thought I was crazy [but] I still have it today.”

Skip Schloming and Lenore Monello-Schloming are the former president and executive director of the Small Property Owners Association (SPOA). Throughout their marriage, they owned property in Cambridge and helped manage properties belonging to Monello-Schloming’s father starting in the 1960s. In 2017, they sat down with MassLandlords to discuss the matter of rent control.

Like Regan, Schloming and Monello-Schloming look back on the time of rent control with little fondness. They also recall the mountains of paperwork involved in going before the rent board.

“You had to take all your paperwork and bring it to the rent board to show what your expenses were, every little expense and you had to have receipts for everything,” Monello-Schloming said, describing the adjudication process for getting a rent increase approved.

“You have to bring all that to the rent board and have a hearing in front of a hearing officer and he was the one who would decide based on presumably what information you gave him what the rent should be, how much of a percentage above your fair net operating income you should have as a rent increase,” she continued. Rent increases had little to do with the market, and instead focused on landlord costs.

Schloming added that getting money for renovations was next to impossible. Tenants, he said, did not want renovations if it meant rent increases: They weren’t planning on staying in the unit forever. Landlords were expected to pay upfront and then hope their petition for an increase was approved by the board.

The Schlomings also recalled that, counter to the intent of rent control, many landlords would rent their rent-controlled units to well-off applicants as a means of ensuring consistent rent payments. At one point, the mayor of Cambridge was living in rent-controlled housing. Sometimes, Schloming said, triple-decker houses with three identical units would be occupied by one tenant who could afford the rent. With little incentive to renovate, and guaranteed rent payments, it created housing scarcity for those who needed it most.

They discussed the problem of inventory: As rent controlled apartments were taken off the market (either by tenants not moving out, single tenants of triple-deckers, or buildings falling into disrepair), units not bound by rent control had skyrocketing rents. People wanted the non-rent controlled units, according to Schloming, because they were in better shape and available.

And then, the Schlomings said, there were the really outstanding stories, where landlords were placed in nightmare situations by rent control. We’ll look at two of those stories next.

Peter Petrillo: A three-unit house and a heart attack

During rent control, owner-occupied housing with fewer than four units was not subject to rent control. Peter and Helen Petrillo lived in a three-unit house at 391 Magazine Street in Cambridge that had an unfinished basement. They had owned the home since 1953, according to a land deed on file with the state. When their adult daughter’s family lost their home due to fire, the Petrillos finished the basement to allow their displaced relatives a place to live.

Further, the board said that the basement apartment was not up to code because the ceiling was too low. The Petrillos thought they could turn the basement back into an “unfinished” space and go back to having a three-unit housing structure, but the board had other ideas.

The rent control board, exercising its apparent total control over building use, sent a notice mandating that the Petrillos make their home a legal four-unit building. This would have required the Petrillos to jack the entire house up (at their expense) to remediate the issue of the basement’s too-low ceiling. Peter Petrillo suffered a heart attack and died within days of receiving the rent control board’s notice.

After Peter’s death, Helen Petrillo eventually won against the rent board and did not have to raise the house up. A marker bearing Helen and Peter’s names stands in proximity to the house in question. Information about this was most recently reported in the September 2016 Small Property Owners Association newsletter.

The Bolognas and the rooming house that wasn’t

In the 1980s, newly married Vincent and Laura Bologna bought their dream house in Cambridge, a Victorian-era rooming house on Harvard Street with a carriage house in the back. The Bolognas dreamed of restoring the long-abandoned house to its former beauty. They planned to live in the carriage house while the rooming house was being restored, and also purchased a house in Somerville as a rental property. After restoring the Harvard Street property, the Bolognas opted to rent it out and live in the carriage house.

The main house was rented to Krenie and Maria Stowe, a mother and daughter who paid the rent for six months before suing the Bolognas, stating they were being overcharged. They also went to the rent control board and alleged that because the home had been a former rooming house, it was subject to rent control, which the board agreed with. It first stated that all eight of the units were to be rent controlled, then later said the three that the Stowes were occupying were not subject to rent control.

The court battle surrounding the allegations of overcharging for rent was decided in favor of the Stowes, and the Bolognas lost their appeals. In the end, the Stowes lived rent-free for five years, and the Bolognas ended up paying $64,000 in damages and legal costs. The details of the case can be found here. The Bolognas ended up losing the Somerville house after not being able to keep up with costs on top of everything else.

To make matters worse, during all of this the Stowes were subletting rooms in their house, collecting rent from their sub-tenants while not paying their own rent. MassLandlords first covered this story in 2019. At the time, Maria Stowe responded with this comment:

“I was a law student at Harvard from 1986-1990 and filed a case against my landlord who had illegally “gentrified” a rent control [sic] property. Along with a group of students, I rented a large house on Harvard Street. We ran into conflict with the landlord and soon learned the property had been illegally converted from several rent control [sic] units to a large single family home.”

The Bolognas ended up selling their Harvard Street property and are no longer landlords.

A survey of MassLandlords members shows that rent control is almost unanimously opposed by participants. Rent control does not benefit landlords or tenants, with the exception of a select few. It also does not help long-term rent prices or property values. The high cost of rent in Boston, along with many other municipalities in the state, is a concern, but it is not going to be solved by creating market scarcity and removing incentives to keep properties in good repair.

3 Responses to The Conditions of Massachusetts Rentals under Rent Control: A Retrospective