Comrade Kaprugina: "There was living space for 13 families in this one house!" Dr. Zhivago: "Yes, yes, this is a better arrangement, comrades. More just."

Now, a quarter-century later, rent control could be coming back. At the start of the current legislative session Representative David M. Rogers (D: Cambridge), with the support of eight co-sponsors, filed a bill that would allow cities and towns to cap annual rent increases for rental units to “the annual change in the Consumer Price Index for the applicable area in which the city or town is situated, or five percent, whichever is less” except for owner-occupied dwellings with three or fewer units.

To understand how rent control worked in practice—and why the voters got rid of it—consider the intersection of the lives of two families: Maria (also known as Marie) and Krenie Stowe, mother and adult daughter; and Vincent and Laura Bologna, husband and wife.

A Tale of Two Families: Bologna and Stowe

According to her page on Co-Creator Radio Network, Krenie Stowe has a “lifelong commitment to social justice.” 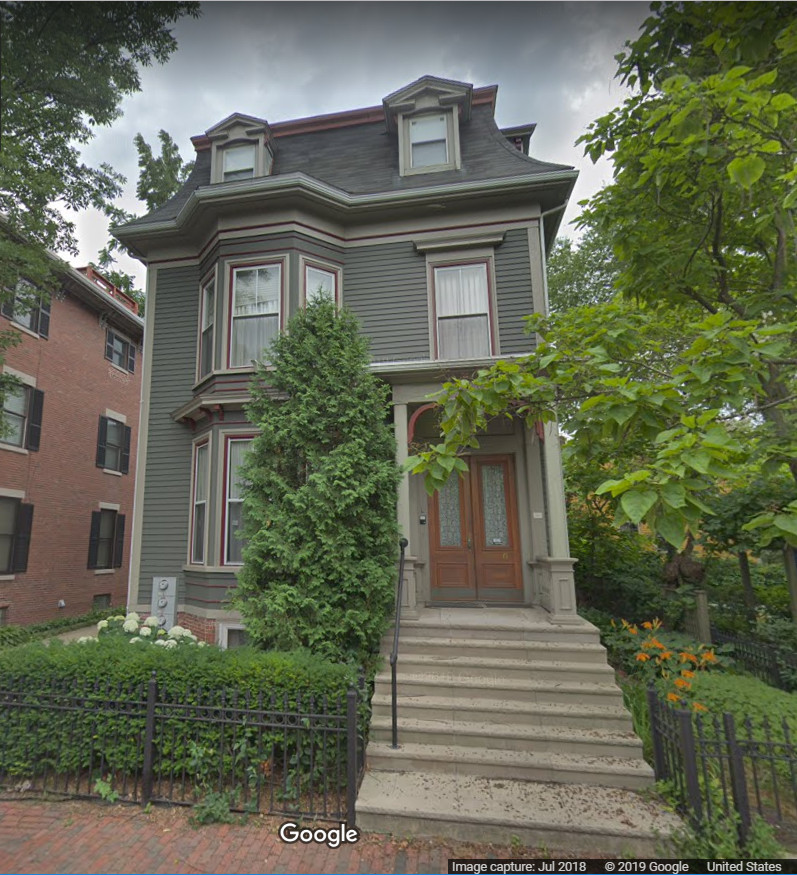 Both Krenie Stowe and her mother, Marie Frontis Stowe, are physicians who co-founded the Frontis Project, “a non-profit charitable corporation that provides pediatric and adolescent health care, family planning services, social and support services and emergency assistance to children and their families.”

Back in 1987, before establishing the Frontis Project, the Stowes moved to Cambridge, Massachusetts, because Krenie Stowe (a Yale graduate) was taking time out from her medical studies at Albert Einstein College of Medicine in New York to obtain a law degree from Harvard Law School.

That was when the Stowes met the recently married couple, Vincent and Laura Bologna, owners of 310 Harvard Street, Cambridge.

“We were young,” says Laura, describing the decision the newlyweds made to purchase and restore the abandoned rooming house, which once upon a time (as Laura describes it) “had been beautiful.” In addition to 310 Harvard Street, the Bolognas bought a house in Somerville, hoping to pay the mortgage from rental income.

They obtained the necessary permits and restored 310 Harvard Street to its original Victorian-era condition. The property had a carriage house at the rear, and that was where the Bolognas lived so that they could rent out the main building.

“We rented it to a mother and daughter,” says Vincent. “They paid six months’ rent, and then they sued us for overcharging.”

The mother and daughter were Krenie and Maria Stowe. Not long after moving in, the Stowes went to the Cambridge rent control board and alleged that the Bolognas’ property was subject to rent control. The board agreed and ruled that all eight units in 310 Harvard Street were rent controlled. Five years later, in 1992, the board changed its mind and decided that only five of the units were rent-controlled, and that the three units occupied by the Stowes were not. But by then—after living rent-free for almost five years—the Stowes had moved on (Krenie Stowe had graduated Harvard Law School and passed the bar in Massachusetts and New York), leaving the Bolognas with a massive bill.

On top of five years’ worth of foregone rent, the Bolognas had to pay damages, including damages from the error they made handling the security deposit, an error that triggered the treble-damages-plus-legal-fees provision of the summary-process statute. From the Cambridge rent control board, the Bolognas took their case to the Superior Court and from there to the Appeals Court. Interested readers can read the case here: Stowe v. Bologna, 32 Mass. App. Ct. 612 (1992).

The Appeals Court affirmed the judgment in the amount of $35,991.20 plus $28,019.62 in legal fees. Representing doctors Maria and Krenie Stowe was Attorney Mark D. Stern, one-time counsel for the Tenants First Coalition.

But that was not all. In addition to paying the Stowes’ lawyers, the Bolognas had to pay their own counsel until the New England Legal Foundation (NELF) stepped in to help. Unfortunately for the Bolognas, NELF was unable to persuade the Supreme Judicial Court to overturn the decision.

Then they had to pay the Stowes’ lawyers $30,000.00 for the appeal. It was little consolation that this figure was $50,000.00 less than those lawyers had requested.

So Laura and Vincent Bologna were stuck with not only the $64,000.00 arising out of the Superior Court case, but an additional $30,000.00 because they tried, unsuccessfully, to appeal. As a direct result, they could not make payments on their other house in Somerville. They saw it go into foreclosure, and sought bankruptcy protection.

While they were accusing the Bolognas of overcharging, the Stowes were sub-letting the other rooms in the house and collecting rent (above the rent-controlled amount) from their sub-tenants.

“We had to see them every day,” says Laura, referring to the Stowes and the sub-tenants, all of whom lived in the Bologna’s painstakingly restored home while the Bolognas themselves stayed in the carriage house.

This point does not appear in the news reports of the lawsuit, so it bears repeating: For approximately five years, the tenants received rent; the landlords did not.

The Cambridge rent control board seemed to have no qualms about this situation. It brings to mind the scene from the film Doctor Zhivago, in which the commissars seize the doctor’s family home in the name of social justice, assign most of it to whoever they deem suitable, and confine the Zhivagos (i.e. the homeowners) to one room upstairs.

Regarding Dr. Maria F. Stowe, there is little public information available online. Her daughter, Dr. Krenie Stowe, left the Frontis Project in 2004 to start Health Education, Advocacy & Literacy, and in 2006 published A Doctor’s Story: A Personal Journey and a Call for Reform, available used in paperback from $15.98 on Amazon.

She is still a member of the New York state bar, a former member of the Massachusetts bar, and a licensed physician in Massachusetts, all with no record of discipline.  Dr. Stowe is currently listed as a pediatrician at the Greater Lawrence Family Health Center in Lawrence, Massachusetts.

Laura and Vincent Bologna sold 310 Harvard Street and got out of the rental-property business altogether. In 1994, Laura volunteered for the Question 9 campaign and was glad to see it pass. Vincent went on to found Bioprocure, where Laura is Director of Operations.

As for rent control (the measure that brought these families into collision some 30 years ago before falling into history) if Representative David M. Rogers has his way, it will rise again.

Don't Let Your Rights Get Voted Away