"Just cause eviction" is the buzzword given to a form of rent control. There are various flavors around the country, but the general idea is that it should be difficult or impossible to evict tenants who refuse to pay a rent increase.

MassLandlords members oppose Just Cause Eviction as vigorously as they oppose a return to 1970's style rent control. In our rolling policy priorities survey, it is a high-importance, high-consensus item.

Under Massachusetts law, landlords and tenants may voluntarily enter into one of three kinds of agreements:

Written agreements always contemplate at the outset the ways in which they may end. This is perhaps the single most important feature of a rental agreement. A tenant may lose their job or buy a home. A landlord may sell their property or need to renovate it. The landlord or tenant may fail to meet their obligations. Whatever the cause, all good things must come to an end.

Just cause eviction seeks to eliminate or burden some of the ways landlords can terminate a rental agreement, thereby extending tenant claims on the rented premises.

Advocates for just cause eviction are worried principally about low income households being able to remain where they are. They do not approve of gentrification, particularly when it is driven by large developers.

To give an example, Boston's Chinatown has recently seen 2,000 units of luxury apartments constructed in formerly low-income neighborhoods. Building-specific gentrification may motivate nearby landlords to end their own tenancies, renovate their own underlying units, and re-rent them at higher prices. The displaced Chinatown residents must find housing elsewhere. The cultural distinctiveness of the neighborhood is watered down. Gentrification expands. And where do the displaced go?

Tenant advocates are particularly sensitive to landlords who appear to be greedy, and to tenants who appear to be needy. Just cause eviction is less frequently discussed in the context of college students living under mom-and-pop landlords. It comes up more frequently in the context of senior citizens or low-income households living under big money developers.

This version of the Just Cause Eviction Proposal discussed Monday, March 14, 2016 at Boston City Hall was given to us by a landlord who said they got it from a Boston City Councilor.

The Fatal Flaws of Just Cause Eviction

Advocates for tenant rights repudiate the notion that "just cause evictions" are a form of rent control. But in stating their motivations for a just cause eviction ordinance or law, they will always talk about affordability and rent levels. Take, for instance, wording from a recent Boston ordinance proposal:

As rental prices have risen, tenants are forced to contribute an unsustainable percentage of their income to rent or face displacement from their communities.

Just cause eviction ordinances control rents by allowing normal eviction for most everything but refusing a rent increase. Tenants can be evicted for crime, violations of house rules, denying access to the premises, disrupting others' quiet enjoyment, damaging the premises, and failing to pay rent, among other things. "Refusing to pay a rent increase" is the principal exclusion from the list of just causes.

Advocates point to high rent levels as the motivation. And they exclude rent increases as the only "unjust" cause of eviction. A reasonable speaker of English can only conclude that just cause eviction is, in fact, designed to control rent. "Just cause" is a form of rent control.

Unlike rent control proper, which seeks comprehensive price restrictions, "just cause eviction" seeks to control rents on a case-by-case basis. It's a difference in degree but not in kind.

Just Cause Eviction has the effect of controlling rent levels and deferring maintenance, just like rent control.

Flaw 2: The Courts Already Offer a better form of Mediation

Tenant advocates try to deal with criticism of "just cause" ordinances by allowing what they would consider "unjust" evictions if they are first mediated. Their version differs from court mediation.

Mediation in court is a wonderful thing. We advise all our members to take advantage of it. If an agreement is reached, that agreement is binding and shortcuts the process should one of the parties later renege. If an agreement is not reached, each side has learned which argument their opponent is about to make. And little time has been wasted. Both parties will then immediately walk through a door and into the court room for trial.

Just cause eviction ordinances take this mediation out of its court setting, place it in the hands of one-sided tenant advocacy groups, burden the landlord with additional delays and paperwork requirements, and fail to establish time limits. It is in every way worse than court mediation.

This inferiority is, in fact, by design. Imagine a landlord has made up their mind. Nothing one can say will change it. What then can a tenant advocate do? There is nothing except to make the mediation process as long as possible. This is the best way to give a tenant time to relocate, which inevitably they will have to do.

It would be egregiously bad public policy to enact a process that has been designed to be slow and difficult. It is a laughable suggestion, made only because the legislature would never lengthen the already long Massachusetts eviction process. It would be far better to increase financial support for homelessness prevention, direct this to tenants early in the eviction process, and forget "just cause evictions" entirely.

The City Solicitor for the City of Cambridge issued an opinion that we agree with, that Just Cause Eviction is an overreach that will be deemed unlawful.

The City of Boston's home rule petition, H.4142 The Jim Brooks Stabilization Act, has been recommended to study for the 2017-2018 legislative session. This means it did not pass in that session.

The bill was considered by the Joint Committee on the Judiciary: H.4142

the version that Passed the City Council vote October 4, 2017: 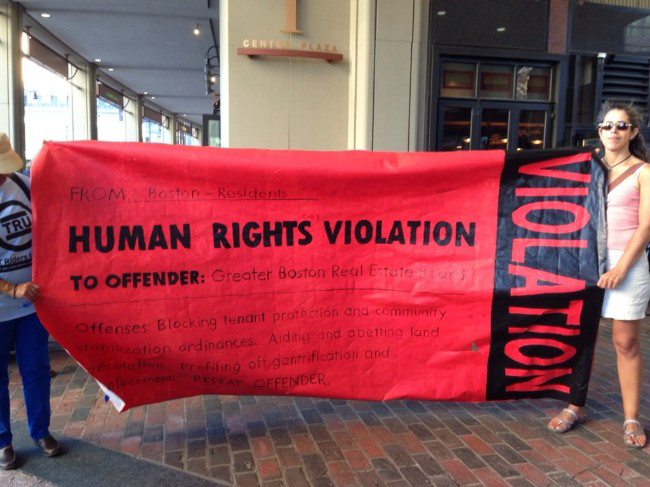 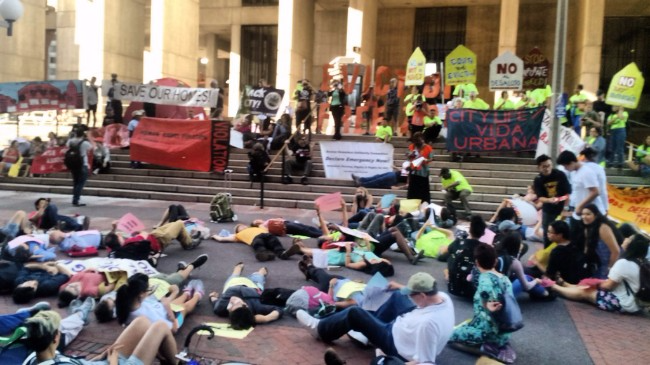 It is expected that this bill will be refiled with a broader coalition of support.

Yes, rent control in the 1970's understanding of the concept requires reimbursement per 40P. This is why Just Cause Eviction was invented, to create the same effect obliquely, without triggering the law.

Sheila Dillon (Boston Department of Neighborhood Development) and others say repeatedly that Just Cause Eviction is not rent control, in the 1970's understanding, and that 40P does not apply. This is spin.

We say repeatedly that the effects are the same, therefore it is another form of rent control that triggers 40P.

Remember also that the legislature can always change a law previously enacted, especially if one side remains silent.

How can I protect myself against Just Cause Eviction?

Current drafts of the bill use language to the effect of, "if the tenant has already agreed to a rent increase, it will be allowed."

Always consult with an attorney: we are not aware of any prohibition on automatic rent increases in rental agreements. We provide one such clause in our forms. It is expected that you could disclose and require a high annual percent rent raise as a condition of leasing, and then if the renter or other circumstances warrant, you can negotiate down from there mid-tenancy.

There is no known defense to the prohibition on renovation.

The best defense is to have MassLandlords proactively recommending alternative housing strategies that would actually achieve the desired result of creating better rental housing. Join or become a property rights supporter.

Unjust Policies Will Keep Getting Proposed

Membership dues and donations are needed to support our policy work.