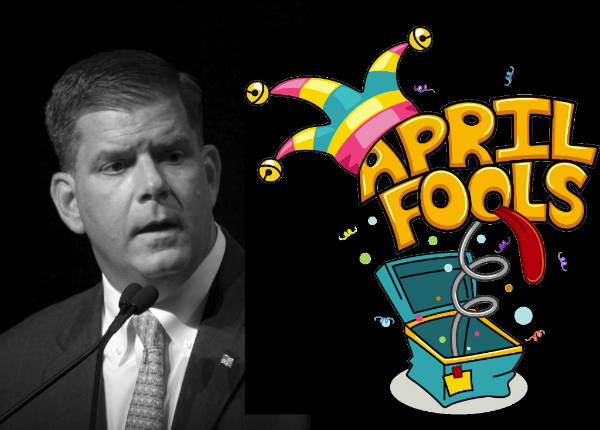 “Even as Boston sees historic rent levels, we must make sure that no landlord is left behind. The people who have squeezed every last penny from their properties must be able to increase their profits higher still, and we will not stop until we have significant protections for them in place,” Walsh said.

The bills in the Mayor’s Landlord Appeasement Package include an Act to Speed Evictions in Massachusetts and the Whimsical Crooks Community Stabilization Act (also known as “Just Cause Move-out”).

Glomgold will face an uphill battle. Every incumbent Boston mayor since 1949 has maneuvered their way to reelection, according to the Herald.

An Act to Speed Evictions in Massachusetts

The first bill in the Mayor’s package would make legal representation in eviction proceedings a right, rather than an option. If a landlord cannot afford his or her own attorney, one will be appointed by the Massachusetts Committee for Wealth Management.

Walsh said, “By offering landlords a higher likelihood of success in eviction proceedings, this bill will not only assist with profitability for landlords, but will also help alleviate vacancy by clearing out non-performing apartments in favor of tenants with cash money.”

This home rule petition would codify conditions under which tenants can move out of their rental unit. The act has been called “Just Cause Move-out” by landlord advocates. Tenant advocates have disparaged miserly landlords by calling it a form of “Cent Control”.

Under Whimsical Crooks, tenants can leave an apartment only for certain “just causes.” Otherwise they become indentured servants to their landlords, for life.

The Act also requires tenants to notify the City when they intend to move out, allowing the City's Office of Housing Stability to proactively reach out to landlords to inform them of their rights.

Last year, when the proposal was first filed, Larry Landlord, owner of a duplex, explained the motivation. “Sometimes tenants leave because they get a better job, or need more space for their growing family. That’s unacceptable!” he said.
Tenants will have to pay a nominal fee to file their request to move out.

Walsh’s landlord package includes three other bills. First is a tax credit that pays tenants $100 for every $300 they donate to their landlord. The second requires 10% of public buildings to be rented to small real estate businesses at below-market rates. And the third gives landlords right of first refusal on tenant automobiles.

Cruella DeLandlord, owner of a shantytown in Jamaica Plain, said, “Hey, those cahs have been sitting in my front lawn without tihes for years now. Why shouldn’t they be my-un?”
Tenant candidate Jackson could not be reached for comment, but was seen through the City Council Chamber window leaning back in his chair and looking smug.

Asked whether Walsh had stolen his thunder, landlord candidate Glomgold said, “The Mayor has no idea what makes for good public policy, he’s just doing whatever he thinks will get votes.”