This is part of the Worcester Rental Real Estate Networking and Training series. 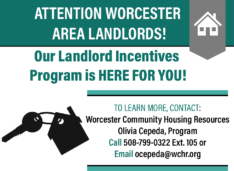