In addition to owning rental property, perhaps you also employ a few people, e.g. maintenance and administrative personnel. Wearing your employer hat, imagine that you have a position to fill and three people apply. You already know that there are certain questions that you must not ask. But what if the same three people were applying not for a job but for an apartment? Switching hats, could you screen those would-be tenants the same way you would screen them as job applicants? 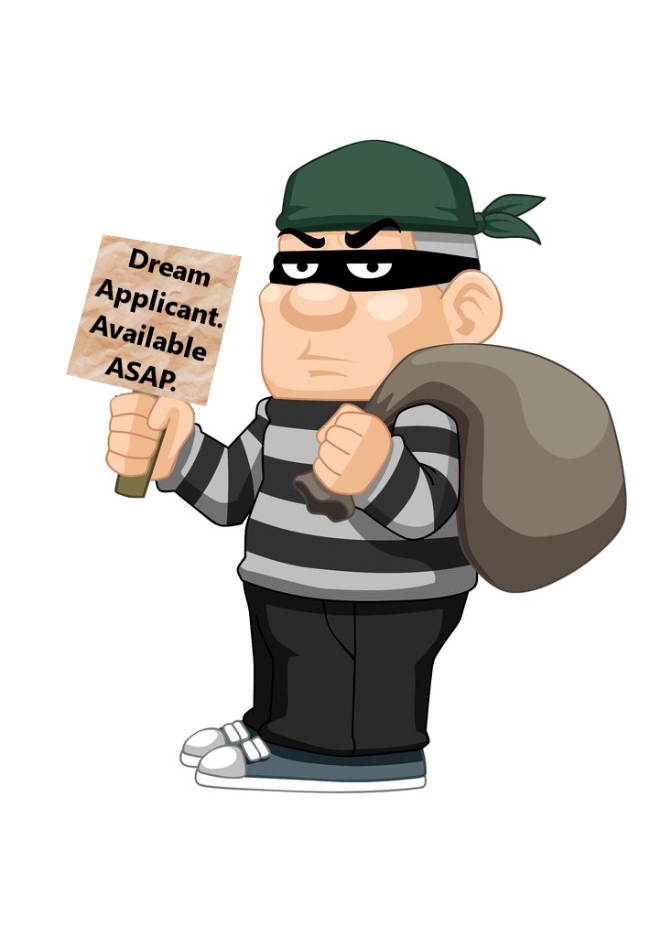 Screen carefully but fairly, and always in compliance with the law.

When it comes to credit reports, the answer is a qualified “yes.” Subject to many provisos, both the federal Fair Credit Reporting Act (FCRA) and the Massachusetts state equivalent, (M.G.L.c. 93, §§50-68) allow employers and landlords alike to obtain credit reports about prospective employees and tenants. Income history is a different matter.

As an employer, you must not seek the wage or salary history of any prospective employee prior to making a job offer. This is one of the provisions of the revised Massachusetts Equal Pay Law (MEPA) that came into effect this year. Employers may neither ask the job applicant directly nor use a third-party, e.g. a recruiter or former employer, to try to find out the information. Income history is simply off limits.

What if you doff your employer hat and don your landlord hat? In order to make sure that tenants can afford the rent, landlords(as a general rule) are allowed to ask about income history. But bear in mind that landlords must not discriminate against would-be tenants whose source of income is public assistance. The anti-discrimination laws also come into play in the area of criminal history.

As an employer you should be aware that on your initial employment-application form you are not allowed to ask about criminal convictions. At the interview stage, you have a little more flexibility: you have the option of asking the applicant about convictions from the three years immediately preceding the application. The look-back period used to be five years; now it is three. But you must not ask about expunged records, and on any form that asks about prior convictions or arrests Massachusetts law now requires that you include this statement:

Does this rule apply to landlords screening tenants, and do landlords have to include this special statement about expunged records on their application forms? No. As a general rule, landlords are able to inquire about an applicant’s criminal history, so long as they do so consistently and uniformly without regard to race, national origin, ethnicity, etc. So you are free to conduct a Criminal Offender Record Information (CORI) check after your potential renter signs the necessary CORI Acknowledgment Form.

But if you intend to reject somebody on the basis of the CORI check you have to take several steps. You must notify them, show them the CORI report, identify the information that you are basing your decision on, and give them an opportunity to dispute its accuracy. Plus, you need to keep records demonstrating that you have taken all the foregoing steps and, if you have shared the CORI report with anyone else, a dissemination log of who has seen it and why.

So, wearing your landlord hat, if you studiously comply with the CORI laws you can reject potential renters on the basis of their criminal records, correct? Not so fast.

Expanding on this regulation, in 2016 HUD issued a “guidance memo” that bars landlords from using arrest-without-conviction policies to turn away applicants solely because they had been arrested. As for applicants with criminal convictions, the 10-page guidance tells landlords not to use a blanket, one-size-fits-all policy but to make individual, case-by-case decisions that take into account the nature of the crime and how long ago the applicant committed it. The policy has to “accurately distinguish between criminal conduct that indicates a demonstrable risk to resident safety and/or property and criminal conduct that does not.” How could a simple no-criminal-convictions policy be discriminatory? The guidance memo provides this rationale:

“Across all age groups, the imprisonment rates for African American males is almost six times greater than for White males, and for Hispanic males, it is over twice that for non-Hispanic White males.”

In other words, incarceration serves as a proxy for race. Because the prison population has a significantly higher percentage of African-American and Hispanic men than the U.S. population as a whole, a policy that refuses applicants on the basis of criminal convictions has a disparate impact upon, i.e. falls more heavily on, African-American and Hispanic men. Therefore, according to the previous administration, a blanket no-convictions policy is racially discriminatory and violates the federal Fair Housing Act.

The current administration does not share this view, so the rule’s days may be numbered.

Back in 2015, Ben Carson (now HUD Secretary) announced his opposition to the disparate impact regulation. Toward the end of 2017, the Treasury Department formally asked HUD to reconsider it. This past May, HUD invited public comment on the topic. But for the time being the guidance memo and the underlying regulation are still in effect. So landlords should refrain from making any and all criminal convictions an automatic deal-breaker.

It should be noted that HUD itself excludes from public housing all applicants who have been evicted for drugs in the last three years. This suggests private owners might be permitted to apply so-called “ineligibility timetables” around various convictions (violent crime, arson, sex offense, etc.).

Massachusetts law and federal law prohibit employers and landlords alike from discriminating on the basis of race, religion, national origin, age, ancestry, military background or service, sex, sexual preference, marital status, and disability. That much is clear. Beyond that, however, in the areas of income and criminal history, the rules diverge as to what you can and cannot ask about an applicant, depending on whether you are an employer screening job applicants or a landlord screening would-be tenants. As we go to press, both areas of law are undergoing important changes. So watch this space. And make sure you have separate screening processes for renters and employees.