In the forthcoming legislative session, I suspect that you will be asked to support a bill that would allow cities and towns to create a right of first refusal for tenants and to use municipal housing trust funds to subsidize tenant real-estate purchases. The bill is titled “An Act to preserve affordable housing through a local option tenant’s right to purchase.” On behalf of MassLandlords, the membership organization that represents rental property owners across the Commonwealth, I respectfully request that you refuse to support the proposal. Instead, I hope you will endorse two measures that would help expand the supply of affordable housing: (1) requiring tenants who are withholding rent to set the money aside in an escrow account pending trial; and (2) imposing treble damages and legal fees for security-deposit violations only where the landlord acted knowingly and willfully. 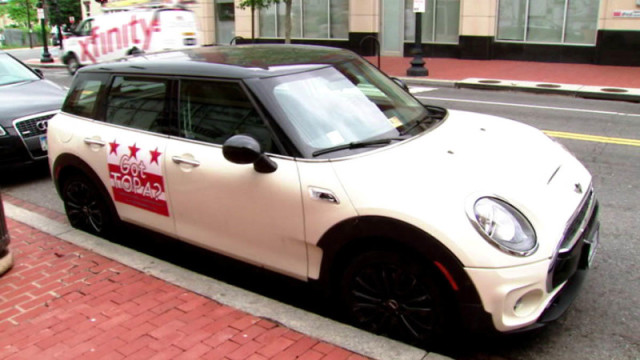 A TOPA chasing vehicle was photographed by NBC Washington. https://www.nbcwashington.com/investigations/Some-DC-Renters-Make-Tens-of-Thousands-of-Dollars-Exploiting-Decades-Old-Law-421942054.html

Reasonable people will disagree on the route, but I hope we all agree on the objective: more affordable housing. For those of us who share that goal, creating a right of first refusal may seem like a good idea. After all, many other jurisdictions have done something similar. And giving tenants the ability to hold up a sale significantly boosts their bargaining power, which some may consider a good thing. But it also increases the cost of doing business as a landlord, which creates yet another barrier to entry into the rental-property market. Rather than expanding the supply of affordable housing, a right-of-first-refusal mandate would shrink it.

Restricted in the District

Because the right-of-first-refusal proposal is something that policymakers have tried elsewhere in the country (e.g. Portland, Oregon; Seattle, Washington; New York City; San Francisco; Rhode Island; and Washington, DC) we already have ample data and some scholarly analyses. We do not have to guess how the proposed law might perform here in Massachusetts. For example, as you may know, a similar law has been in effect in DC since 1980 called the Tenant Opportunity to Purchase Act (“TOPA”).

TOPA requires the owners of affordable-housing units to inform their tenants and the local government before putting the units on the market. It then gives the tenants 7-30 days, depending on the number of units, to say whether they are interested in buying. Then the tenants have a set time to negotiate with the owner, and an additional period (up to 240 days) to secure financing. For the owner of a building with five or more affordable units, TOPA bakes an additional year into the selling process.

Now the DC council wants to exempt single-family homes from TOPA and the mayor wants the local government to start buying properties itself under the District Opportunity to Purchase Act (“DOPA”).

We have to ask ourselves: If TOPA worked as intended, why would local lawmakers restrict it? And why would they need DOPA?

Although no one would deny that over the course of almost 40 years TOPA has helped preserve some affordable units, overall it has not worked as intended.  As one scholar noted:

[T]he contention that TOPA worked is problematic because under that theory, jurisdictions that lacked a statute like TOPA should have suffered because there was no similarly strong legal protection for low-income residents in that jurisdiction. However, when you compare DC with its closest comparable jurisdiction—Baltimore, Maryland—it is apparent that low-income residents of Baltimore, without TOPA, fared better than those in DC. Indeed, middle- and low-income residents of DC moved to Baltimore (a non-TOPA jurisdiction) to find affordable housing. This is exactly the opposite finding that one would expect if TOPA’s statutorily created rights were effective in the social engineering tasks of maintaining or increasing affordable-housing inventory in DC.[i]

It is only fair to point out that in 2016, five years after that article was published, Baltimore enacted a form of TOPA, one that applies only to single-family dwellings and with tenant-response periods that are shorter than DC’s. Nevertheless, if prior to 2016 Baltimore fared better without TOPA than DC has fared with TOPA, it stands to reason that TOPA is not a good model for Massachusetts.

If TOPA remains on the books even though it is failing to preserve affordable housing in a meaningful way, somebody somewhere must be benefiting. But who? Investigative reporters at NBC came up with one answer: Those tenants and their lawyers who “hold homes hostage,” selling the refusal rights to the highest bidder. The reporters interviewed a first-time buyer named Clara, whose contract to buy a house in DC came undone at the last minute:

The sellers had been asking for the renter who lived in the basement to sign a TOPA waiver since they first accepted Clara’s offer to buy the house.

“They were offering [the renter] $10,000 to sign the waiver, and so we felt who wouldn’t take that kind of a deal?” Clara said.

But the renter got an even better deal by selling her TOPA rights to a developer who was willing to pay more and got to buy the house instead.

Clara said it “felt like extortion... really slimy.” The reporters also interviewed Andrew McGuire, a lawyer who specializes in buying and selling TOPA rights in what he calls a “$100-million a year industry.” His website domain name is TOPAmarket.com, by the way.

“You want the buyer to walk away,” [McGuire] said. “If the buyer walks away, it clears the deck so the tenant can assign his rights to a developer who’ll come in and then the seller has no one else to sell to.”

Using the law to obtain an economic gain without creating any new wealth is what economists and public-policy types mean by the term “rent seeking.” TOPA has provided a classic example of the rent-seeking phenomenon, moving money from landlords to savvy lawyers without generating anything of value.

Windfall for the Well-Off

The bill says that tenants may transfer their rights to certain third parties, namely owner’s cooperatives, community development corporations, land trusts, and “other non-profit housing organizations.” But the list is not exclusive, so does not prohibit tenants from transferring the rights to other entities. This would enable arbitrageurs like the aforementioned Attorney Andrew McGuire to get in on the act.

True, the bill does say that tenants shall have the right of first refusal “for the purpose of maintaining affordable housing and preventing tenant displacement.” But it does not define “affordable housing” or incorporate the definition from G.L. c. 40R, i.e. housing affordable to people with an income less than 80% of the area-wide median. Unlike equivalent measures in some other jurisdictions (e.g. Maine; Rhode Island; and Denver, Colorado) it is not expressly limited to subsidized tenancies.

Rather, the bill as written would apply to all buildings with three or more residential units, both “affordable” and market-rate. All tenants, regardless of income, would have the opportunity to waive their valuable refusal rights for the right price. Tenants in higher-end apartments in tonier neighborhoods would welcome this windfall, I am sure, but it is a subsidy that they could probably get along just fine without.

Based on their experience, the members of MassLandlords believe that the main problem with the landlord-tenant relationship in Massachusetts is not that it is regulated too lightly, but too tightly. That said, we are not suggesting a bonfire of regulations, just a couple of common-sense reforms that could give the affordable-housing market a shot in the arm:

Tenants are allowed to withhold rent if their units are unfit for human habitation, a reasonable law that makes sense in principle. But as things stand, tenants do not have to set their withheld rent money aside. Many spend it on other things. After trial, if the judge finds that the landlord is due all or some of the withheld rent, the tenants simply do not have the money.

Worse, as the law stands today, it can be abused to perform the so-called “free rent trick.” A tenant who purposefully damages their unit may live rent free for many months while the court figures out who is responsible for the damage. In our 2014 study, we identified 277 cases where renters were in court for non-payment two, three, or four times in a year. Although rare, these cases cast a long shadow. One Massachusetts couple now owes a cumulative $161,266.17 in back rent and damages. They have been carrying out the free rent trick for 24 years and counting.

Whatever the cause of the damage, landlords can hardly ever recover back-rent even if they take the tenants to Small Claims Court.  This is not only unfair to landlords, but also discourages smaller landlords from renting either to low-income tenants or to anyone at all. They cannot afford the risk. This exacerbates our affordable-housing shortage.

Our bill would create a variety of options for renters to escrow their rent as a good faith gesture while habitability disputes are adjudicated.

Landlords seek to reduce risk and keep rents low by taking security deposits. If a landlord violates the complex security-deposit law through mere inadvertence, they are liable for treble damages (typically three times the amount of the deposit) and legal fees. This is true regardless of whether any harm has been done to the renter. This deters some landlords from taking security deposits at all. To insure against damage, these landlords charge a higher rent, which renders housing less affordable. A landlord who wishes to eliminate their security deposit liability should raise the rent 6%. We have seen security deposits falling rapidly out of use, especially after a recent court case, Meikle v Nurse, which ended an eviction – despite the fact that the landlord was owed $3,000 – because the renter was owed $3 in security deposit interest.

Our bill would not reward landlords who violate the security-deposit law. Even unintentional violations would still lead to landlords forfeiting their security deposit. But it would confine the punitive penalty (multiple damages and legal fees) to those most in need of its deterrent value, i.e. the tiny minority who flout the law willfully and intentionally.

MassLandlords shares the twin goals of providing more affordable housing and reducing homelessness. But creating a mandatory right of first refusal is not the way to do it. In fact, by adding another layer of complexity to the rental-housing market and creating more opportunities for rent-seeking (in the public-policy sense of the term) it would make a difficult situation worse. This is not a bill that will get better with a few tweaks.  It is fundamentally flawed. We hope you will oppose the measure, and support our reform proposals outlined above.

Thank you for your time and attention, and for your ongoing service to the People of the Commonwealth of Massachusetts.

[i] Kemit A. Mawakana, “Power and Law, Bait and Switch: Debunking ‘Law’ as a Tool of Societal Change in the Disappearing Act of Affordable Housing in the District of Columbia,” 36 Okla. City U. L. Rev. 93 (2011).