Governor Charlie Baker named—and the Governor’s Council recently approved—two nominees for the Housing Court, both of them from Western Massachusetts. 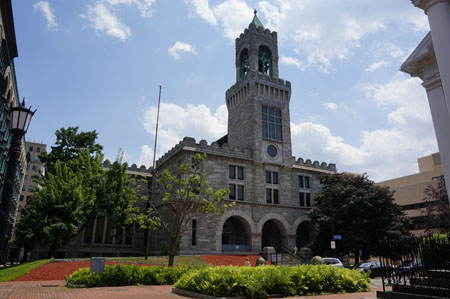 A graduate of Haverford College and Boston College Law School, Kane joined the Northampton law firm of Fierst, Kane & Bloomberg, LLP, in 2001 where he became partner in 2005. His landlord-tenant practice made him a regular in the Housing Court. He chaired the Western Division Housing Court bench-bar committee from 2009 until 2014 when he became chair of the court-procedures subcommittee. In addition to representing property owners, Kane organized volunteers for the bar association’s Lawyer for the Day program at the Hadley courthouse, which provides free services to landlords and tenants alike on a first-come-first served basis.

YouTube footage of part of the Governor’s Council hearing shows Councilor Robert Jubinville (D: 2nd District) expressing dissatisfaction with Kane’s response to a hypothetical question about enforcing the terms of a lease prohibiting the use of cannabis, which could result in a tenant being evicted. Kane stated that his job as a judge would be to enforce constitutionally and legally enforceable terms.

Kane’s only campaign contributions listed in the Office of Campaign ad Political Finance were to District Attorney David E. Sullivan in 2009 and 2010 (total $300.00). The Board of Bar Overseers reports him as having no record of discipline.

Doherty has a bachelor’s and MBA from the University of Massachusetts, Amherst, and prior to confirmation served as the Western Division’s acting Chief Housing Specialist and later as its Assistant Clerk Magistrate. Before joining the Housing Court, Doherty worked as Assistant Building Commissioner and Inspector for the City of Holyoke. Doherty started his career in property management and has spoken at several landlord meetings events in Western Massachusetts, including a MassLandlords gathering at the Delaney House, Holyoke, on May 9. His advice to landlords hoping to avoid Housing Court?

“Being a landlord is a fulltime job, 24/7, and tenants are your customers. That means quality customer service. If you do not approach it as such, you will end up in Housing Court.”

The Office of Campaign & Political Finance lists no campaign contributions from Doherty.

One Response to New Housing Court Judge and Clerk Magistrate