Getting RAFT Assistance for my Tenant Took Months - MassLandlords.net

Blog » Getting RAFT Assistance for my Tenant Took Months

This article originally began as an email to Senator Patricia Jehlen, until I realized two things: 1) this was getting too long for an email, and 2) we know my story is not unique, so if anyone is willing to share a delay story publicly it should be me. If anyone is curious how RAFT funding can take almost four months to be distributed, here’s what happened. 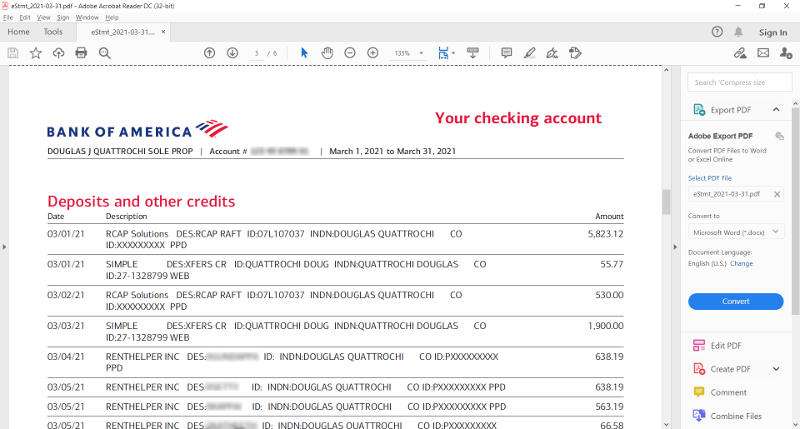 My business checking account shows that RCAP paid me twice in March: once on 3/1 for arrears, and again on 3/2 for the “going forward” stipend for this renter. The renter occupied a $1,590 per month space leased jointly and severally to three people; I forgave two-thirds of the rent when their other two roommates abandoned them, hence $530 on 3/2. The transfer of $1,900 on March 3 was part of a series of previously scheduled transfers from retirement savings to cover the mortgage, water bill, taxes, insurance and repairs. This property ran in the red for 11 months, from April 1, 2020, until rental assistance kicked in March 1, 2021. I consider myself lucky to have had any savings to draw on. In August and September 2020, after four months of the eviction moratorium, MassLandlords members were selling out of the business at two to three times the normal rate.

On Dec. 16, 2020, I applied on behalf of my renter to RCAP Solutions via RCAP's web form. RCAP, which stands for Resources for Communities and People, is a Worcester-based nonprofit that helps connect people with housing services and assistance. They are one of the 11 administrators that possess a regional monopoly or duopoly over disbursement of rental assistance.

On Feb. 9, 2021, Ballah Cordor at RCAP Solutions asked me to provide additional information:

2) the RAFT owner contract (which was totally blank, indicating nothing about how much we were getting), and

3) an appointment of agent form (my husband and I are both on the deed to the property; he needed to authorize me to speak for both of us).

It should be noted, none of these three items were part of, or requested by, the online application.

We replied same-day with all requested information. I filled in the contract rent amounts myself, guessing that they would award full arrears as well as going-forward, and asked if we were all set. We received no answer either way.

On Feb. 16, I followed up with RCAP, and again received no reply. However, on March 1, 2021, I was paid for all arrears. I had received no communication from RCAP; instead, there was just a big credit to my Bank of America business checking account.

That might have been the end of it, but on March 2, we received an email from Cordor at RCAP asking for the renter's ID and proof of income. We had already submitted both of those items, and at that point, we had already been paid. I assumed that perhaps during a post-payment review, something had been flagged as needing clarification. Or, I thought, maybe they could tell on their end that the renter had been issued a new ID, or had found employment.

Under that assumption, I introduced Cordor to the renter so the renter could give an update for the file. The renter did not respond for about 48 hours.

On March 4, I stepped in for the renter. I re-sent all the same information we submitted back on Dec 16, at which time Cordor wrote to me, “I was told today that [tenant’s] landlord had already been paid by RAFT.” They addressed me as if they didn’t know that I was the landlord.

My confidence in the system had never been so low as in that moment. Cordor didn't know who I was, nor did they seem to care to follow up on what looked (to them) like a missing ID or proof of income.

This is disconcerting. God help us in knowing who got money who shouldn't have, who didn't who should've, and what our records of it all look like.