Insurance is something that all landlords have, but complete coverage is not. Here are four broad categories of things landlord insurance may commonly omit.

1. The Aftermath of Neglecting your Plumbing

Mold and sewer backups can easily grow out of hand without your having any idea that it's going on.

Mold grows from spores that are literally everywhere. All you need is a little regular water. Imagine a pipe is dripping water for a long period of time. Mold will be there. Whether it becomes a health hazard depends entirely on the duration of the drip and the people living in the building. It's best to make regular inspections of your basements. Many drips end up in the cellar. (Mold also happens when your roof leaks, so keep that roof looking like new, as well.) 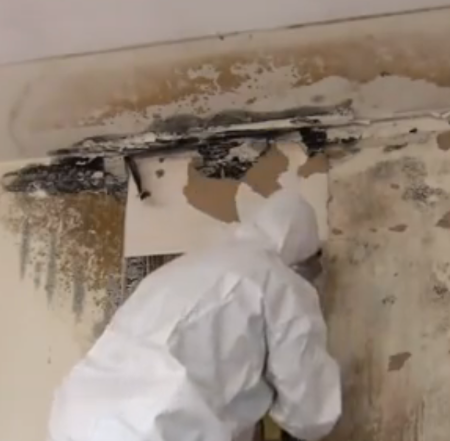 Sewer backups are also not covered. They happen most commonly when a tree root finds its way through ancient cast iron. The backup can pressurize the drain and ruin entire basements and all their contents, including mechanicals. 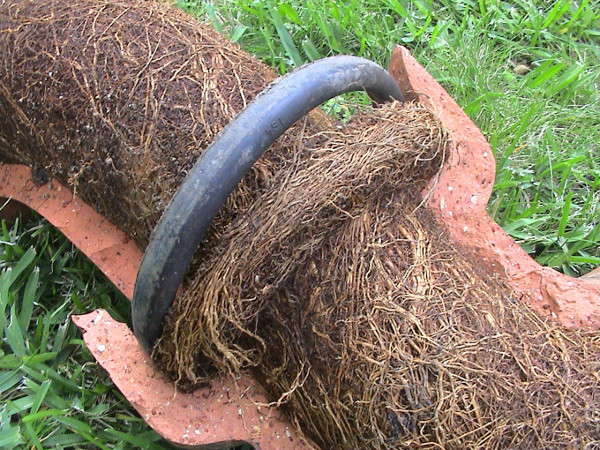 In either case, you want to think about these things proactively. Make the rounds to check for leaks. If you're redoing a drain stack, look down the pipe for roots. If you can't do these things, ask your insurer what it would take to get coverage.

Mudslides, sinkholes, and earthquakes are often excluded. In Massachusetts, we don't worry about these, right? Well not so fast. Sinkholes in Worcester, Lynn, and Boston have done real damage to masonry, roads, and walkways. The problem is often caused by city leaks, so maybe the city would pay. Do you really want to find out? (Check out this Guatemalan sinkhole.)

Remember that earthquakes happen here, too: 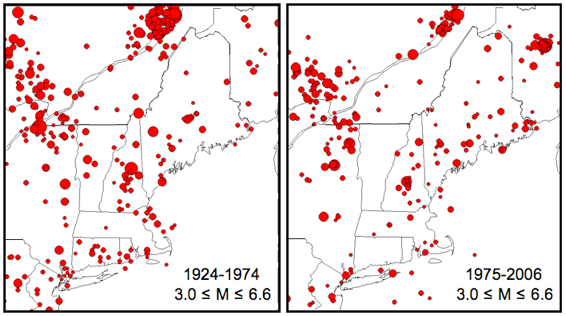 The thing to remember about earthquakes is that a little jiggle can send a distressed or overloaded property into ruin. Are you sure that your old wood frame or brick buildings would survive? Could you survive if they didn't? Ask your insurer what it would take to get earthquake insurance.

"Flood" sometimes means "a river came through my living room," but the term also includes sewer backups caused by a city system being overloaded during a period of heavy rain. According to FEMA, 20% of flood insurance claims come from "moderate to low risk" areas. Meaning those owners probably had finished basements and no idea what was happening to the city sewer. Learn more about flood insurance and how to get it at the National Flood Insurance Program. 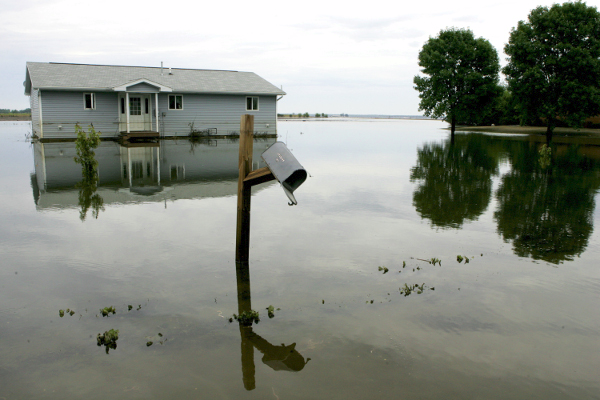 Flooding in Oakville, IA, 2008. This is the kind of flood that most people in MA disregard. We should be worried, however, about sewer-related floods.

The most awful aspect of flooding is the fact that it could be intentional. An angry tenant or a mischievous trespasser is suspected of having caused $400,000 worth of flood damage to a Chelsea apartment building last month. 150 people were evacuated in the middle of the night.

According to CBS, fire fighters first thought there was a fire on the sixth floor, but they soon realized someone released the valve on a standpipe.

“When we arrived, we had water pouring through both elevator shafts into the lobby. It was a lot of water,” Deputy Fire Chief John Quatieri said.

This is why landlords cannot ever knowingly allow trampolines, kiddie pools, or swimming pools. And the best policy is not to look the other way, but to explain to your tenants the risks to others and to positively stop them. They can have these things when they get their own home, or they can go some place public to let their kids play and swim. The best landlords have a list of recommend public play areas ready at all times. 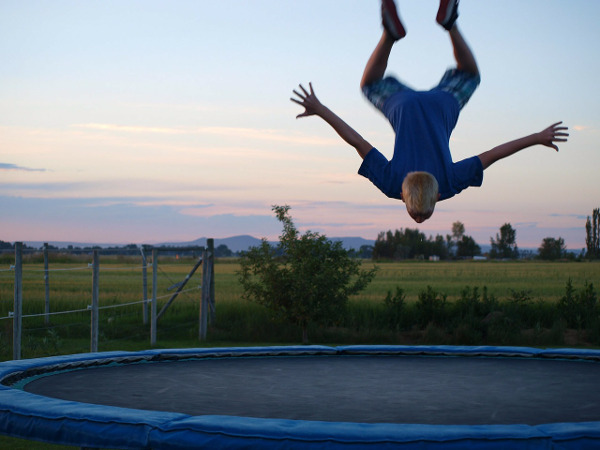 "Look ma, no hands!" Meanwhile the landlord is watching from the upstairs window and silently having a panic attack.

Should you have insurance for each of these things? Can you get anyone to give it to you? The best strategy is to put a little elbow grease into the problem and be proactive:

Insure only those risks you feel you can't mitigate or tolerate. Good luck!