Blog » Dilemma of the no-more-than-four rule

By Irma Bickerstaff, SPOA Board member

In 2008, Boston passed a zoning rule barring more than four undergraduate students from sharing an apartment or house. It has never been enforced. When inspections of student-occupied housing were done in September, no violations of this occupancy limit were issued by the city.

The rule has become very controversial. For students, it’s an invasion of privacy. For landlords, it’s backdoor rent control. For the city, well, the city is helpless about it. A hearing on the rule was held recently in Boston City Hall. Boston Inspectional Services Commissioner William Christopher testified that the rule is unenforceable.

The rule was passed in response to neighborhood concerns with loud parties, rowdy behavior, trash and litter, and disturbing the peace. Undoubtedly more important, local residents also feel that having groups of young people sharing a space ratchets up the rents and forces families out of the area.

Five or six undergrads sharing a large unit at a rent of $700 for each student creates a very high rent of $3,500 to $4,200, but is a low rent for each student. Local families have been accustomed to lower rents until the students arrived. Boston colleges and universities have been admitting more students into their programs than they can supply on-campus housing for. A further factor is that dormitory living is not cheap. Splitting costs makes a larger apartment with more amenities affordable. 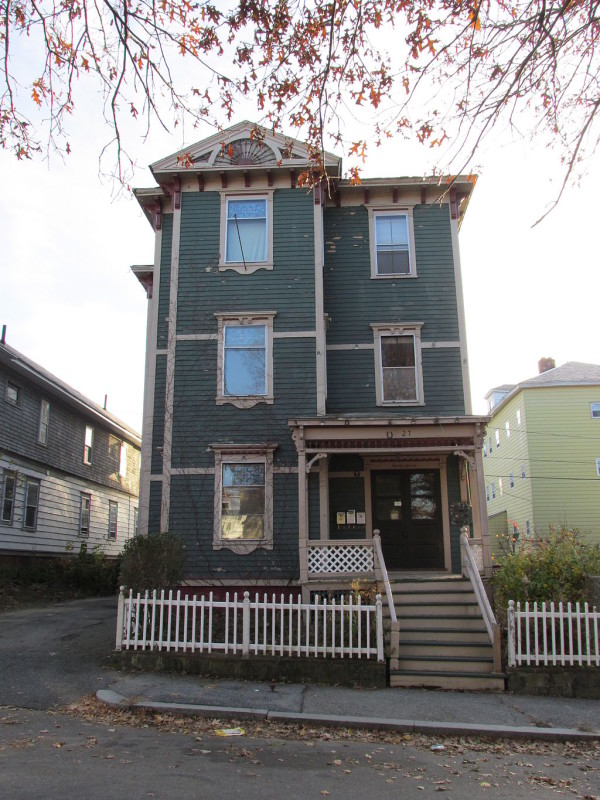 Even if you succeed in enforcing the rule, where do all the extra students go?

Landlords came under heavy attack at the hearing. They were called “bad actors,” “greedy,” and irresponsible,” and were expected to solve a problem no other part of local government has been able to solve. As SPOA executive director Skip Schloming testified, the only power landlords have is the power of eviction, and it’s costly and not always successful. By the time an eviction order comes through (if it does), he said, the semester will be over and the eviction will have no impact.

Moreover, what if the city does succeed, Schloming wondered, in limiting all student-occupied housing to four undergrads. Where will all the extra students go?

At least one official’s jaw dropped at this question. Apparently, no one had thought of it. The extra students would simply locate themselves in other neighborhoods, thus spreading the off-campus housing problem to new areas.

The basic problem is that landlords have no control over their tenants’ behavior. If four undergraduate students sign a lease, and then move in other students or have frequent overnight visitors such as undergraduate boyfriends or girlfriends, this occupancy limit creates an impossible problem for the owner.

There is no legal authority for the landlord to go into an apartment, check the number of toothbrushes in the bathroom, count the mattresses, check the mailboxes, and search for other evidence to estimate how many people live there.

What are the legitimate privacy concerns of the tenants? Who wants an invasive inspection of their home without probable cause (a well-based suspicion of a violation) and a search warrant? Forcing someone to say whether they are undergraduate students is also highly questionable.

Other enforcers need to do their job. Landlords have little control of tenants

The city has pressured the schools and universities for lists of undergraduates who live off campus and their addresses to target their homes and the landlords who rent to them. Some of the universities have complied, but others – Boston College and Northeastern University – have resisted. To divulge personal information about students may conflict with federal laws protecting personal privacy.

People who live in these areas on a full-time basis have a right to quiet and clean neighborhoods. The schools, the police, the fire department, and the city itself all have a role in reigning in rowdy students and addressing their negative impacts, but they all seem to hold back from applying the full force of their power. Schools can contact the student’s family, put the student on academic probation, and if the situation is egregious enough, expel them or refuse to graduate them. Safety considerations can be met by using the State Sanitary Code. If trash is a problem, especially on or around September 1, which is “move-in-and-out day,” then city inspectors can issue citations. The fire department and city inspectors can inspect common areas, electrical basement panels, cluttered storage, hallway obstructions, exits, fire escapes, proper smoke and carbon monoxide detectors and anything that could pose a danger to the tenants.

Enforcement like this does not involve inspectors forcing themselves into a personal home and checking out who lives there. The city can impose fines on hazards that are not repaired in a timely manner. Money talks.

This occupancy limit rule is an attempt to depress rents in larger homes that are suitable for large families. Thus, it is backdoor rent control. By limiting the numbers of who can live there, the landlord is supposedly forced to charge lower rents on large apartments. It is an attempt to circumvent the state law that forbids rent control, the law that SPOA and other landlord groups fought so hard to pass in 1994.

A more proactive approach would be through zoning. Allowing large homes to become subdivided into smaller units to reflect the changing demographics of the modern-day family would expand the housing supply. Imposing arbitrary and capricious limitations on landlords and their rental units will not change the situation and can actually limit the amount of new housing starts. Thus, the no-more-than-four zoning rule violates the state rent control prohibition act and personal rights to privacy. It is unenforceable and should be overturned.