On Wednesday, June 15, Associate Justice Jackie A. Cowin of the Suffolk County Superior Court heard arguments for and against dismissing the lawsuit MassLandlords filed against the Department of Housing and Community Development (DHCD) earlier this year. MassLandlords Legislative Affairs Counsel Peter Vickery and Executive Director Doug Quattrochi traveled a combined 266 miles for the hearing. 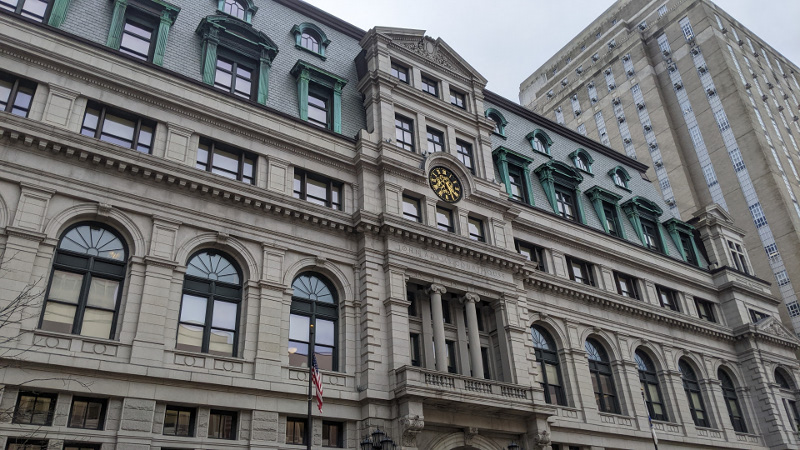 The hearing was held at the John Adams Courthouse in Boston. CC BY-SA 4.0 MassLandlords, Inc.

Attorney Vickery explained to the judge, paraphrased, “The public interest is profound. We have reason to believe the affected households are disproportionately people of color, immigrants, families with children and people with disabilities.”

Attorney Vickery submitted a public records request for information surrounding these timed-out applications. We were informed that the records for rejected and timed out applications were not readily available. Obtaining that information, the DHCD said, would take 39 full-time employees approximately 4 weeks to do, at a cost of $200,000. The DHCD said this was untenable, despite spending approximately four times that amount to search for instances of fraud.

Arguing for the state, Attorney Cray emphasized the need to protect the privacy of applicants for rental assistance, particularly where the state failed. He said, “It would make no sense for a person’s privacy protections to vary with organizational performance. It would be perverse to waive privacy if the state were doing a bad job.”

It was unclear from Attorney Cray’s remarks by what other means the public should assure itself of the lawful and efficient administration of government.

Judge Cowin asked numerous questions and gave considerable time to the matter. We will update you when the judge issues a decision.

We are holding the subsidy administrators accountable.

3 Responses to DHCD’s Motion to Dismiss Taken Under Advisement