Blog » How to Avoid Being Sued for Transgender Discrimination in Massachusetts: A Landlord’s Guide to Gender Identity

A Suffolk law study released March 27, 2017 found that over half of us landlords were not treating transgender people equally in our rental process. This article was written for that audience. We are keeping this current as an in-depth guide to all of us get onto the same page, regardless of which page we may be starting on. Note that in Massachusetts, the fine for noncompliance starts at $10,000. 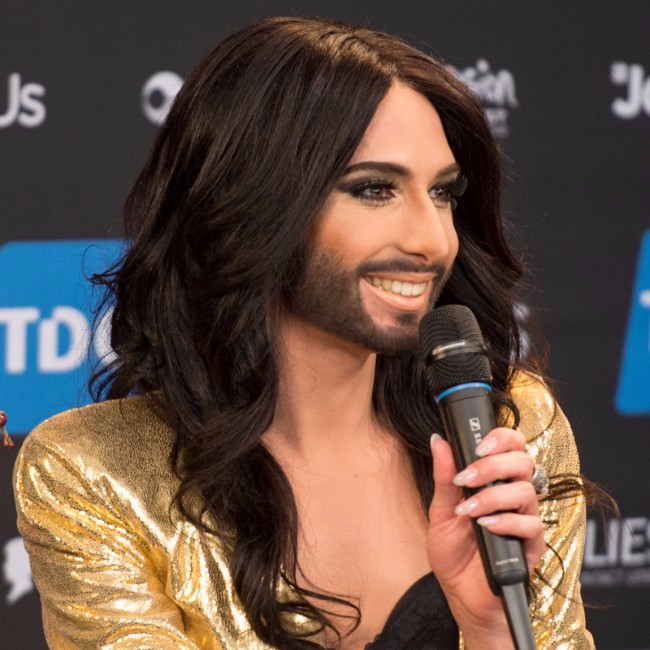 Conchita Wurst is a drag character created by a man who does not identify as transgender. Conchita Wurst at the Eurovision Song Contest 2014 in Copenhagen. By Albin Olsson licensed CC BY-SA 3.0.

What it means to be Transgender

Human gender is determined at conception, when a male sperm cell gives either an “X” or a “Y” DNA strand to the female egg cell, which always gives an “X”. If you get “XY” you will become male, and if you get “XX” you will become female. Fast forward nine months and 10 to 18 years. Some of us will have developed serious psychological difficulty with the gender we were given. Those of us in this boat are called “transgender.”

Although science understands what makes us male or female, it has little insight to offer on our identity. Why does one person become a tenant and another become a landlord? Why does one person emote male stereotypes while another emotes female, and a third emotes both? Why do some of us feel we cannot fit into stereotypical conceptions of either gender at all?

“Transgender” is a broad term that encompasses all of the people confronting these as-yet unanswered questions. You can be born male and feel female, born female and feel male, or born either and feel both or neither. This contrasts with the majority of human experience, which we call “cisgender” (SISS-gender): if you are born male and you identify as male, or if you are born female and you identify as female.

Estimates of transgender frequency range from one-in-two-thousand to one-in-one-hundred. This makes transgender people five to one-hundred times less common than gays and lesbians.

Note that sexual orientation (to whom we are attracted) is totally different from sexual identity (male, female, or queer).

Based on statistics about how many landlords there are in the state, it seems likely that one-in-ten landlords will have a transgender person in one of their apartments. Since July 1, 2012, Massachusetts transgender housing applicants must receive the same treatment as cisgender applicants. 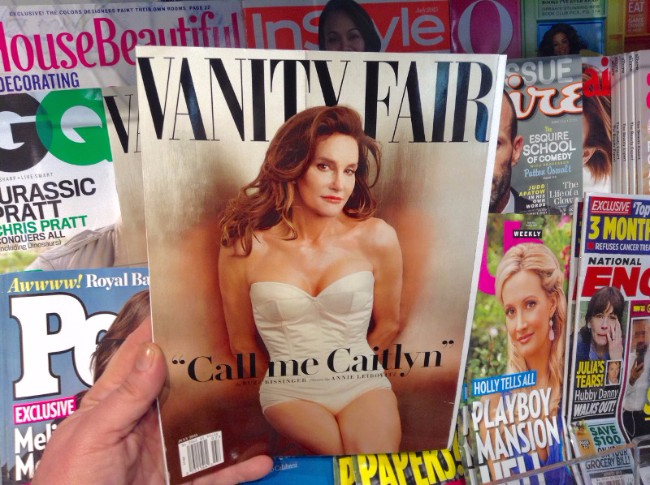 Massachusetts May Be Behind the Times

For the last 2,500 years, southeast Asian cultures have identified transgender people as distinct from cisgender. In India, the term “hijra” is the officially recognized “third gender” for males who identify as female. Nepal, Pakistan, India, and Bangladesh all recognize three genders on passports and official government documents.

Real Examples You Should Be Aware Of

Pay attention to these examples now so you can remain business-like during an apartment tour.

Caitlyn Jenner won her Olympic gold medal in 1976 in men’s decathlon, but in the June 2015 issue of Vanity Fair, came out as transgender. It is now considered inappropriate to refer to her by her former name (Bruce), or to use masculine pronouns to describe her. She’s a she.

It was a long road for Jenner to transition to the point where she had female anatomy. In her memoir she explained the surgical procedures she had. These were called “sex reassignment therapy.” She may also be on hormones.

It is considered extremely rude to ask someone if they had surgery or are on hormones. Ask them if they have enough to pay the security deposit.

Beatie became internationally famous in 2007 when he became pregnant. He had received sex reassignment therapy five years prior, but because his wife could not conceive, chose to keep his female sex organs and carry their children. (They used donor sperm.) Beatie had begun identifying as male starting at age ten. Beatie and his wife later divorced.

As a landlord, it is not your job to identify which marriages will last and which will fail. Offer them the same lease or month-to-month terms you offer everyone else, and if you have it in the fridge, offer the father pickles and ice cream.

Some gender fluid people use alternating pronouns. You can identify as the “owner” or the “landlord” as strikes your fancy.

Thomas Neuwirth does not identify as transgender, but he spends a considerable portion of his time in his professional outfit, which is drag. He refers to his professional character as Conchita Wurst using female pronouns.

She won the Eurovision music contest in 2014 but he is the one who does the grocery shopping. Count them as one person for the sake of sanitary code compliance. 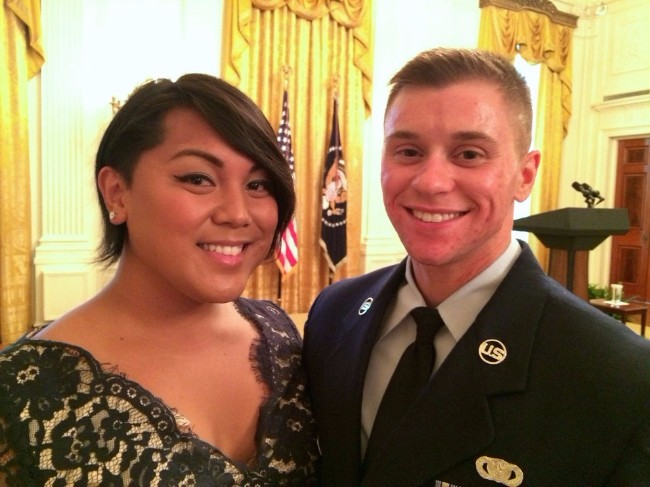 Laila Villanueva and fiancée Logan Beck Ireland in 2015, both transgender in opposite directions.  By Dominic Holden BuzzFeed

Senior Airman Logan Beck Ireland of the United States Air Force and his then fiancée Laila Villanueva were representative of most transgender people in their New York Times interview on serving in the military: you couldn’t even tell, and it doesn’t even matter.

This variety of transgender is the easiest to understand because individuals remain “binary,” that is, they act and appear fully male or female. And because they received medical attention early in life, their transgender status is impossible to see.

Ireland made headlines for being forced to wear a woman’s dress uniform for a ceremony, because his birth certificate still listed him as female. As a landlord considering Logan's rental application, you would thank him for his service and not ask him to put on a dress. 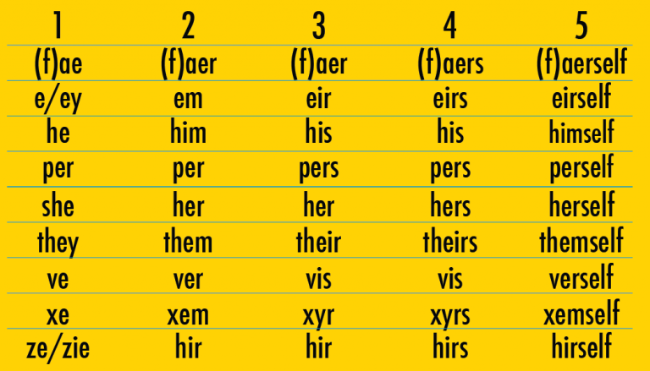 A transgender pronoun card distributed by the University of Wisconsin Milwaukee. Source: https://uwm.edu/lgbtrc/support/gender-pronouns/

Some of us purposefully combine characteristics of both sexes. Those of us who do this call ourselves queer or non-binary. Here are some hypotheticals that you should treat as normal if you find yourself meeting someone like this.

A tenant who appears to be fully male and acts fully male arrives for their tour wearing a sun dress. Use pronouns that relate to male (he/him/his) unless they tell you otherwise.

A tenant who appears to be fully female but is for some reason unconvincing to you arrives for their tour. Use pronouns that relate to female (she/her/hers) unless they tell you otherwise. (The person may be in transition, may be unable to obtain the effect they desire, or may in fact desire a blend of attributes.)

Two tenants who appear fully androgynous arrive for their tour. Use neutral pronouns that relate to no gender (them/they/theirs) unless they tell you otherwise. Try not to inquire about household roles, either, it’s not your business.

The Rise of Non-Binary Pronouns

Many languages, including English, have three genders for certain types of words. In English, we see this with “his, hers, and theirs.” “His” applies to males, “hers” to females, and “theirs” is plural according to grammarians, but gender-neuter in colloquial usage. Some transgender advocates are now insisting on a fourth gender-fluid form, “zirs.”

If a tenant wants you to use one of these contrived pronouns, you will hear something like what’s in the graphic accompanying this article. “She/he” becomes “Ze”, “Him/Her” becomes “Zir”, and “His/Hers” becomes “Zirs”. Other varieties of “he/him/his” exist, including “xe/xem/xyr” and “ve/ver/vis”.

When in doubt, the best thing to do is to avoid talking about your tenant. And if you talk about xem behind xyr back, feel free to use “they/their/theirs” (we won’t judge).

The Massachusetts Commission Against Discrimination advises that it will rarely be appropriate to request proof of someone’s gender identity.

The guidance goes on to state further that claiming a gender identity for an improper purpose will be unlawful. This means you can still check CORI, for instance, and all other backgrounds. “I transitioned” is not a valid excuse not to investigate someone’s past.

When screening for criminal history, help your transgender applicant to complete just one CORI authorization with annotation. You must not impose unreasonable paperwork burdens. Two CORI authorizations would be debatable, especially if you didn’t offer any help in filling them out.

Landlords should also update their discrimination policies to state that you will not discriminate on the basis of gender identity.

You should always use an objective (read: point based) scoring system to score each individual applicant. Save these documents forever. You can defend yourself against a discrimination suit if you can show that there was a business reason you declined a transgender person’s application.

Trigger warning: Never use the word “tranny,” which is considered deeply offensive. Do not laugh, stare, or say things like, “Oh, I could hardly tell!” If someone informs you they are transgender, say simply, “Thank you for letting me know, that is no problem.” And offer them the same perks, discounts or services you offered anyone else with their qualifications.

If a transgender person has all the economic qualifications you need, don’t be afraid to rent to them. They are tough and can take care of themselves. If they perceive that you are treating them no differently than any other human being, they might become long-term tenants, rather than re-enter the apartment market any time soon. This will reduce your vacancy and help your business bottom line. You will be ahead of the competition if you are welcoming to good people with bum raps.

One final note: The LGBT symbol is a rainbow. Imagine how boring life would be if we were all the same color. Some of us are blue, some are green, and some are so bluish-green you really can’t even tell, but who cares because hey look, a rainbow!