In September, Springfield attorney Stanley Komack arranged for Chief Justice Tim Sullivan to speak at MassLandlords.net/RHAGS in Longmeadow. Here are the highlights of what “the Chief” told us. 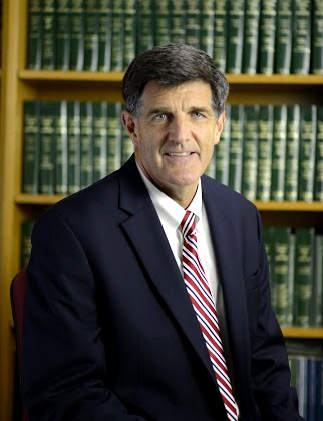 Last year, 116 housing court staff ran just under 42,000 case filings, resulting in the lowest per-case cost of any court in Massachusetts. Chief Justice Sullivan still sits on the bench one day each week to remain connected. He sees a lot of civility, and very seldom does he have to remind litigants to cool it.

The Chief offered some do’s and don’ts for landlords:

The Chief then described his two goals for the coming year.

First, he wants expansion of Housing Court jurisdiction. One-third of the state’s population is not covered by Housing Court. This includes southern Middlesex county, all of Suffolk county, a large part of Norfolk county, the cape, and islands. Last year there was a great increase in the amount of support for expansion. Legislation was filed in the senate but it died in house. Governor Baker supported it.

Housing Court expansion would create a new division around Brockton, with five judges, three in a circuit, 10 state-wide. It would cost $2.4 M. All courts would have a little change to their jurisdiction except the Western division.

The Chief Justice said that landlords and tenants would both benefit by access to the court’s greater technical understanding of the Massachusetts General Laws. He said municipalities would benefit by the receivership program to eliminate blight.

The Chief Justice then emphasized that 84% of cases in mediation come to agreement, which makes everyone happy. The Tenancy Preservation Program allows for a clinician to work with both parties to help disabled and elderly tenants.

There are currently 18 housing court locations where the court sits each week. There’s a lawyer-for-the-day program intended to be volunteer legal advice for both landlords and tenants from both bar and private attorneys.

The Chief Justice said that where landlords have a choice, 83.8% of cases are first filed in Housing Court. (The Chief mentioned this because in certain locations, among certain landlords, Housing Court is perceived to be less fair than District Court.)

The second goal the Chief Justice talked about was digitization. Attorneys currently have a portal for certain filings. Just under 10,000 lawyers participating make 60,000 logins per month. E-access to court records is now over 100,000 searches per month across all courts, twice what it was a year ago.

They are working on a “guide and file” tech pilot, like “TurboTax for evictions”, called “access to justice,” which would allow a plaintiff to complete an interview to create a filing. They are starting with small claims, which must be printed from the computer. Later they will add an e-file capability. In 2017, they’ll be using dual paper and electronic systems, in case the electronics fail, so that they have a backup. The court is rolling out 50 scanners this year to start converting everything to digital records.

The Chief talked about how lawyers still have typewriters because the summary process summons and complaint must be typed on paper.

Landlords in the audience asked about the Worcester check-in process, which seemed to be better than the Springfield roll call process. The answer from Judge Fein, also in attendance, was to come early, at 8:30am. She said there was not enough space in Western court to change the process.