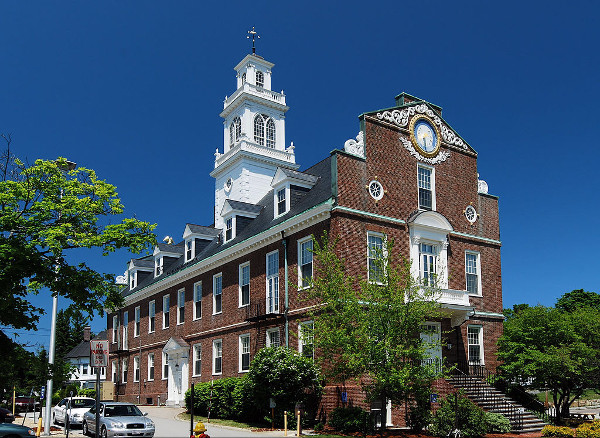 The first level of regulation on landlords happens at the municipal level. Noise ordinances, real estate taxes, zoning, sanitary code enforcement, trash, water and sewer, roadways, sidewalks, and a host of other items that are front-and-center to landlords are decided at the city or town level.

Even if you live and landlord in two separate towns, ideas are contagious between municipalities. What works in one town can get picked up the next town over.

Here's how to vote in a municipal election:

Municipal elections are a rare chance to make a difference because you can talk to your elected officials. You can park your car and go talk to them as they wave at traffic. You can email them. Heck, you could invite them over for dinner and they would come. These are people of and for your community.

If you're going to skip an election because you think it doesn't matter, skip the presidential election. Talk about having your decision made for you.

Tip O'Neill is attributed with the saying "All politics is local." Here's a good landlording example of how that's true:

Do you remember 1994 (were you around then?) when rent control was outlawed by state referendum? This was after years and years of rent control in Brookline, Boston, and Cambridge. Three municipalities passed rent control into ordinance and threatened the entire state with their ill-conceived policies. Municipal elections started it. It took a state-wide effort to stop it.

If good landlords had built relationships with their local officials beforehand, the uncompromising, ideological hardline of the left might have been realized and stopped before rent control was even started.

This is especially true for low turn-out elections like off-year municipal elections. A vocal minority can, by virtue of being the only people to show up, drive their own agenda. So don't let that happen. Vote.

Is your city or town veering off course? Have you been paying attention? Take a look around. It's not too late to give your community a nudge in the right direction.