What Landlords Need to Know About “Mrs. Murphy” - MassLandlords.net

Blog » What Landlords Need to Know About “Mrs. Murphy”

A recent discussion on one of our MassLandlords community forums led to members questioning whether there was ever a time when you could deny someone an emotional support animal if the lease prohibited pets. Members were curious if the somewhat archaic “Mrs. Murphy" exemption could be used to deny emotional support animals on owner-occupied properties. 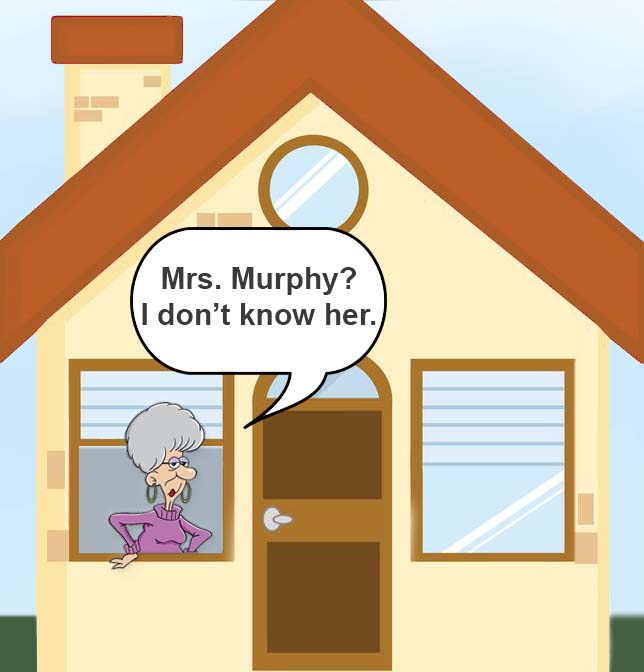 Mrs. Murphy, a fictional character invented to get the Civil Rights Act passed, is better left to the history books.
Photo license: CC by SA 4 MassLandlords

General (correct) consensus was no, you couldn’t deny the animal, as long as the tenant had proper documentation for their emotional support animal (ESA). No one was questioning service animals’ right to be on the property, though some wondered if you could still assess a pet fee for them (also no).

In the course of the discussion, someone brought up the “Mrs. Murphy” exemption, asking whether you could deny someone an ESA in an owner-occupied property. This is a topic that merits its own discussion beyond the realm of service or support animals.

Our recommendation: there may be times when such an exemption is possible, but we suggest you don’t do it.

Who is Mrs. Murphy, anyway?

Mrs. Murphy doesn’t actually exist. Vermont Sen. George D. Aiken made her up in 1964 to provide a hypothetical example of when hotel managers should be able to deny lodging to people of color. Later, Sen. John Cooper of Kentucky took the Mrs. Murphy imagery and added it as an amendment to the Fair Housing Act.

The original Mrs. Murphy is elderly, widowed, just trying to make ends meet by running a small bed and breakfast, and apparently super racist. She’s worried about what white guests might say if they had to take their morning meal in the presence of people of color. Sen. Aiken argued that in a small, owner-occupied property, she shouldn’t have to trouble herself with such concerns. Mrs. Murphy should be free to deny hotel guests of any race she doesn’t like while she struggles to put food on the table.

Was Aiken racist, or was “Mrs. Murphy” his way of trying to get the Civil Rights Act of 1964 passed amid objections from racists? The answer is unclear, but whatever his motivation, imaginary Mrs. Murphy was put into federal and state law, along with her racist rental proclivities. This piggybacked onto the Fair Housing Act, allowing landlords of owner-occupied small rentals to deny tenancy to individuals who would otherwise be part of protected classes.

On the federal level, discrimination protections are typically not enforced in owner-occupied rentals of four units or less. Massachusetts, however, restricts this further, to owner-occupied rentals of two units or less. Per MGL 151b, Sec. 4, on unlawful practices: “this subsection shall not apply to the leasing of a single apartment or flat in a two-family dwelling, the other occupancy unit of which is occupied by the owner as his residence.”

Even Mrs. Murphy has Restrictions

While Mrs. Murphy is free to be ignorant all day long, she’s not free to advertise her backwards views. She can’t take out an ad stating that able-bodied people (or Christians, or Germans, or people without children, or straight people, etc.) can apply for her apartment. And if she denies someone tenancy based on one of her outdated ideals, she can’t tell them that’s why she’s doing it. She can simply deny the tenancy.

Case law has also determined that race and color are no longer things Mrs. Murphy can deny tenancy over (more on that later).

And if Mrs. Murphy starts doing really well for herself and decides to either get a real estate license or buy a second building to rent out, she is now considered a professional landlord. This means that all applicable Fair Housing laws apply to all of her rentals. If she finds herself too busy and hires a real estate professional to find a tenant for her, this also revokes her exemption.

Why Shouldn’t I Use the Mrs. Murphy Exemption if I Can?

Mrs. Murphy is a product of her time. And like many things from the 1960s (e.g., segregation, lead paint, lack of car seat laws), Mrs. Murphy and her racist ideals should be left to the history books. It’s going to be difficult for you to prove your case if you get brought into court over it.

Back in the day, Mrs. Murphy may have been free to be a closet racist, but case law now supersedes the Fair Housing Act for the protected classes of race and color. In other words, she can’t refuse to rent to someone of her non-preferred race (and if she does, and gets caught, she can be charged with discrimination).

But what about all the other classes, such as national origin, sexual orientation, disability and all the rest?

All we can say is, just because you can doesn’t mean you should. Our recommendation is to forget that there is any exemption. You are not Mrs. Murphy, and good thing, too! We've come a long way. Our prediction is the Mrs. Murphy exemption is not long for the books, anyway. Further case law will eventually ensure it is removed.

As far as emotional support animals go, the most a landlord can do is ensure that the tenant provides adequate documentation for their animal. Allergies are not likely to be a good enough reason to deny a support or service animal (but as always, check with an attorney before taking any action). Ignoring the laws surrounding support animal protections can result in a hefty fine.