Affordable housing advocates will have eyes on the city of Waltham as it launches a pilot program using Community Preservation Act (CPA) monies to fund rental vouchers for 30 families later this year.

The program was passed by the City Council in January, because Waltham is not spending its required 10% of its CPA money on affordable housing. The City Council pledged to spend $2.1 million of the CPA monies to fund the aforementioned vouchers, according to Waltham Community Activist Jennifer Patton. 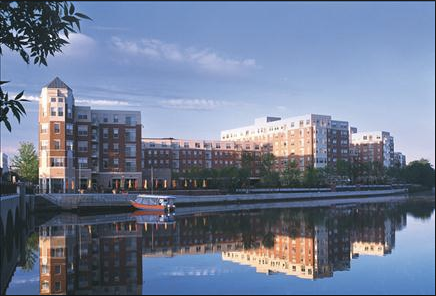 Patton, a landlord herself, said Waltham isn’t the only city getting creative with these funds. Boston will have a ballot initiative in November. If passed, it will also qualify for the state’s CPA matching funds, further decreasing the state matching funds. When the program began, the state was matching up to 100%. With more communities passing the measure, the matching levels are decreasing, but still available.

The voucher program has a three-year timeline during which the funds would go to the Waltham Housing Authority, which would, in turn, give the subsidies to the landlords involved. Families who qualify will be entered into a lottery and at the end of the three years, new families would be chosen, said Patton.

“It’s a beta program. We’ll launch it in Waltham and see how it goes,” said Patton. “If it’s successful, this could go statewide.”

Patton said the vouchers would run around $1,000 per month in assistance. One key, she said, is that it doesn’t have to be new housing.

“Existing tenants will be able to apply, too,” said Patton.

The Waltham program, which was proposed by the Waltham Alliance to Create Housing (WATCH) and its Tenant Action Group (TAG), will “ensure that tenants’ rents are only 30% of their income. While more permanent low-income housing options are needed, this was a huge step forward that only happened because of the community organizing efforts of WATCH, and the residents of Waltham.”

According to WATCH, “With almost 6,000 households income-eligible for the voucher and 5% of the city’s residents living in overcrowded or substandard housing, the need in Waltham is pressing.”

When a town passes the Community Preservation Act, there are only four areas in which the tax surcharge can be spent: Recreation, historical preservation, open space and affordable housing. Waltham residents passed the CPA in 2005, putting a 2% surcharge on property taxes after the first $100,000.

Patton said she is excited for this program because it is directly helping those in need.

“The city spent a lot of its CPA money buying up land, but this [program] will help people. The people of Waltham. That’s what I like.”