How to Perform the Free Rent Trick: A Guide for Dishonest Tenants 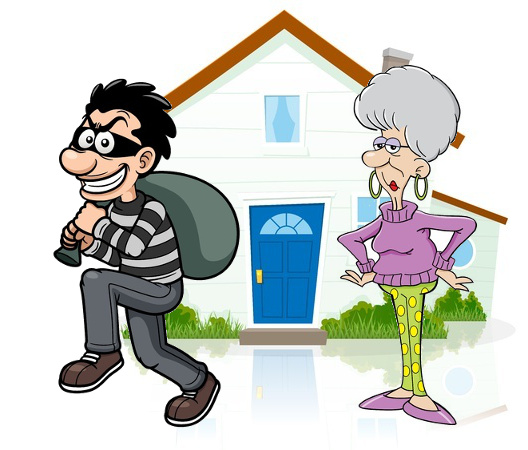 Also note that at the end of the process, usually three months, you will probably have to move. Line up a new apartment early. You can repeat the trick as often as you can find the right landlords.

To perform the free rent trick, simply follow these steps:

How Landlords Want to Stop the Free Rent Trick

The solution to the free rent trick is elegantly simple: require the tenant to put their rent into escrow. When the judgment is finally entered, the amount is divvied up to landlord and tenant according to whatever is fair.

Under mandatory escrow, a few landlords at first would still suffer the horror of eviction, but the rent owed would finally be paid back. Once word got around that the free rent trick was dead, dishonest tenants and tenant advocates would stop using it.

There are many different versions of so-called “rent escrow” bills proposed each year. They are almost all toothless or too extreme. They say things like, “The court may permit escrow” or “The tenant must pay all rent owed into escrow or face immediate eviction.”

In an ideal bill, the tenants should escrow rent at the start of their complaint by opening a special account at a local bank. Some bills say the tenant can escrow with the court. The courts are not banks, and don’t want to be, and don’t have to be. Banks should be allowed to charge a nominal fee for this service, and the tenant should have the right to get this fee deducted from the landlord if any rent is owed back to them.

If a tenant doesn’t escrow, they must lose the right to defend based on sanitary code violations. They can keep the right to defend for other reasons. In the same way we require landlords to take certain steps when offering rental agreements, we must require tenants to follow a process, too.

Mandatory Escrow of Full Rent is the Only Fair Solution

The judge will still have absolute discretion to decide the amount of rent owed back to the tenant. It could be 100%, if the violations are severe enough.

Typically, only 10% to 30% of the rent is owed back to the tenant. The rest is owed to the landlord.

With escrow, it doesn’t matter that judgments are uncollectable when someone receives public assistance. It also doesn’t matter if the tenant lives hand-to-mouth and has no savings. Escrow exists to safeguard the interests of both parties when a transaction is uncertain. Escrow works, which explains why it’s often used when purchasing properties.

Tenant advocates have offered so-called compromises to put 30% or 60% of the rent into escrow. They are being disingenuous. They know that mandatory escrow of 100% rent, less whatever receipts the tenant has for repairs they have already made, is the mechanism for true fairness.

Tenant advocates want to get landlords to settle for something in the tenant’s favor. They want to take the issue off the table for a decade or more. Instead, we keep proposing it every year, and they keep fighting it. We have been locked in a stalemate.

Stopping the Free Rent Trick is in Everyone’s Interest

How often does the free rent trick happen? We don’t know for certain. We’re trying to collect data on it. But as the “Guide for Dishonest Tenants” above shows, it’s easy. And it casts and long shadow over the rental industry in Massachusetts.

We asked MassLandlords members which policy priority was most important to them, and the majority agreed that “mandatory rent escrow” was the number one priority.

Perversely, the existence of the free rent trick hurts the very people it is intended to protect. The laws in Massachusetts are so anti-landlord that many tenants with marginal applications (read: subsidized tenants) are rejected early and never get the chance to prove themselves capable of living in a nice home. These tenants are forced into the narrow world of landlords who don’t screen tenants and perhaps don’t maintain their apartments. No good landlord wants to risk a costly eviction.

Plus, once a tenant has taken legal aid’s advice and pulled the free rent trick, they are forever listed on MassCourts.org where any landlord can see. The get away with it because not all landlords check MassCourts.org.

For the public good, it is imperative that we require mandatory escrow of full rent less repair receipts anytime a habitability claim is made.

The Small Property Owners Association in Cambridge started lobbying for rent escrow in 1997. The bill that was proposed then has been resurrected in various forms, most recently in 2016 HB 1112, which was just sent to study. “Sending a bill to study” is the same as “sleeping with the fishes.” We may see this text wash up again next session. This version of mandatory escrow is simple and just what we want.

The Governor has proposed an expansion of Housing Court, which would increase the frequency with which tenants learn of the free rent trick. We have certainly tied the issues together with our March 15 study showing that Housing Court is three times as likely as District Court to extend a case past 90 days. It may be possible to propose mandatory escrow as a solution to the problems created by Housing Court expansion.

There is still an active escrow bill in the current session, HB 1664. This bill is flawed. We understand it may be just a placeholder for the compromise text that is currently being hammered out.

Insight into the Compromise Process

From what we have gathered, the discussion now hinges around whether it’s constitutional for a tenant to lose certain legal rights if they fail to comply with an administrative process like escrow.

For instance, if a tenant fails to escrow from the beginning of their complaint, they may not be able to raise legitimate habitability disputes. Good tenants would have lost a key right because they were ignorant of the law.

This happens all the time. Landlords who unwittingly violate security deposit statute are fined triple damages. Landlords who represent themselves in court instead of hiring an attorney can suffer horrendous delays, like Garth Meikle in Meikle v Nurse, which is still in court after two years.

Attorney Emil Ward donated some of his office resources to identify rent escrow statutes in other states. Washington state has had mandatory escrow unchanged since 1993. Florida also enacted it in 1993 but it has since been amended. A Florida tenant will waive their right to a habitability defense unless they escrow or unless they request an escrow hearing. The hearing gives them a chance to figure it out. There is no indication that these laws are unconstitutional.

The discussion has become exceedingly technical. We can’t go into all the details about judicial discretion, escrow hearings, and other aspects here.

The Free Rent Trick is "To Be Continued"

Suffice it to say there’s a chance we might stop the free rent trick for good this year, but it depends on a lot of factors.  It's worth working towards. Passage of such a bill would truly be “get out of jail free” for landlords.