It’s too early to determine the full impact on fair housing that may result from the rescission this year of the Affirmatively Furthering Fair Housing (AFFH) rule. At the least, as a result of the rule’s rescission, communities in Massachusetts and across the country are no longer held to the standard of decreasing segregation in order to procure federal funding for housing development. 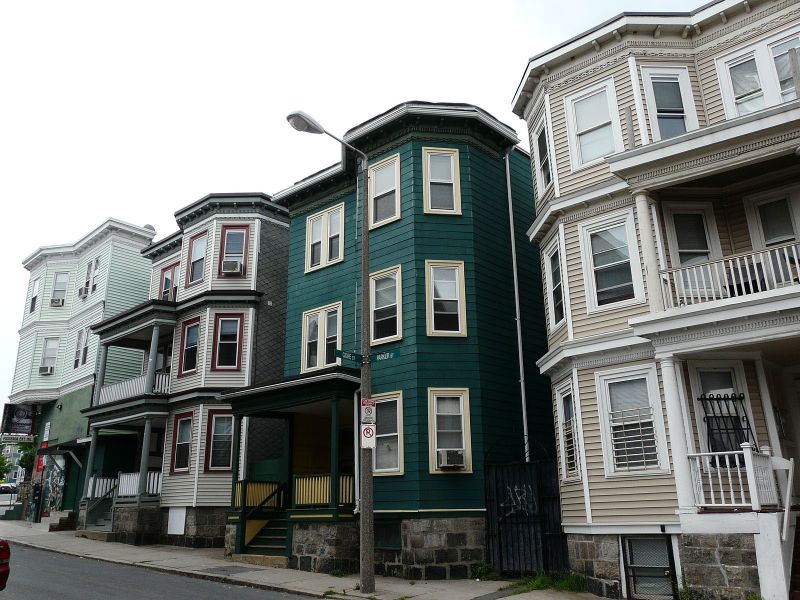 This year’s rescission of the AFFH rule, implemented by President Obama in 2015, may deter municipal investment in multifamily housing, among other setbacks. CC-sa by Wikimedia

When President Barack Obama implemented the AFFH rule in 2015, it was described as the most significant progress in fair housing in 50 years. The rule steered communities applying for funds from the Department of Housing and Urban Development (HUD) toward investment in areas of low opportunity and most in need of housing development. It led communities to build more multifamily housing, reform obsolete zoning laws that exacerbate housing shortages, and work with diverse constituencies in reducing segregation.

Unfortunately, for many urban centers in the country that remain segregated, the AFFH rule was rescinded earlier this year by President Trump via Twitter, claiming it was having a “devastating impact on these once thriving suburban areas,” deterring investment and driving up crime. Those claims are demonstratively false, as we show below.

President Trump’s Twitter announcement followed suspension of the AFFH rule in 2018 by HUD after ongoing criticism from HUD Secretary Ben Carson. HUD officially announced the rescission of the rule in a press release on July 23, 2020, calling the rule “complicated, costly and ineffective.”

“We found (the AFFH rule) to be unworkable and ultimately a waste of time for localities to comply with,” said Carson. “Washington has no business dictating what is best to meet your local community’s unique needs.”

It’s too early to tell if the president’s rescission will have its intended effect of bolstering suburban property values and lowering crime. But it’s unlikely.

The president’s rescission of the rule might have the opposite effect, in fact, levying an overall negative impact. Recent research shows that mixed-income housing development, a primary aim of the AFFH rule, can have a positive impact on property values. Several studies conclude that producing Low-Income Housing Tax Credit (LIHTC)-funded housing yields positive effect on neighborhoods.

A 2019 study, for example, analyzing the introduction of a LIHTC-funded development in Chicago, showed that property values in surrounding neighborhoods increased by 10.8 percent compared to the average in the county. And a 2016 study by Trulia, titled “There Doesn’t Go the Neighborhood: Low-Income Housing Has No Impact on Nearby Home Values,” found that low-income housing built between 1996 and 2006 in the nation’s 20 least affordable housing markets had no effect on home values located near the developments.

As for crime: a 2015 study found that LIHTC-funded development helped lower crime rates in distressed areas and made no impact on crime rates in affluent neighborhoods.

The Letter of the Fair Housing Law

The AFFH rule was implemented as part of the 1968 Fair Housing Act (FHA), a landmark law  signed by President Lyndon Johnson as part of civil rights legislation. The FHA was intended to end housing discrimination based on race, sex, religion, national origin and other classifications. The FHA mandated federal housing programs to administer funding “in a manner affirmatively to further” fair housing, but enforcement and oversight had not followed its ratification.

With implementation of the AFFH rule, for the first time, municipalities seeking HUD funding for housing development were required to adhere to the letter of the FHA by compiling local analyses of housing disparities, producing strategies to increase access to areas of opportunity, and working with diverse constituencies with the aim of reducing housing segregation.

Shifting Focus Away from Fair Housing

HUD’s 2020 replacement rule, called Preserving Community and Neighborhood Choice, shifts the focus of housing development away from alleviating discrimination and segregation in favor of broadening development choices without mention of promoting equal access. The new rule defines fair housing as “housing that, among other attributes, is affordable, safe, decent, free of unlawful discrimination, and accessible under civil rights laws.”

The HUD rule relies on municipalities applying for federal funding to self-certify that they are complying with its regulations.

The HUD suspension and replacement of the AFFH rule did not allow a period for public comment. Several lawsuits challenging the action remain active. And despite the recent shift, some cities, such as New York City and Los Angeles, are voluntarily opting to continue their adherence to AFFH rule stipulations.

Proponents of the AFFH rule recognized some of its initial difficulties. They argue that tools were being implemented to assist municipalities in complying with its provisions while applying for HUD funding. Since the 2015 rule was implemented, 49 communities – Boston, Philadelphia, New Orleans, Seattle, to name a few – had used the new HUD assessment tools.

Moreover, say critics of the president’s rescission of AFFH, it’s difficult to measure the rule’s success based on outcomes because it had only been in place for less than three years. Communities needed time to adapt to the new tools and assessment requirements.

And, they argue, making a lasting impact on the housing market, to broaden access and opportunity, is a long-term process and could take years, and maybe decades, to determine success.

However, AFFH advocates emphasize, there is no refuting that the rule has made positive impact on the process of HUD funding procurement, and therefore, indirectly, on housing development.

Plans submitted to HUD, called Assessments of Fair Housing (AFHs), after the implementation of the 2015 rule show a marked increase in the number of community goals, ambition of those goals, and in the rate of goals with quantifiable progress measurements, in comparison with pre-AFFH plans, called Analyses of Impediments to Fair Housing (AIs).

One example: as part of its AFH, the City of Boston brought together a large coalition of people, in a wide range of demographic and interest groups, to discuss segregation in the city. It was an initiative that may not have taken place as part of its federal funding application process before the AFFH rule.

The AFFH rule also mandated cities to devise strategies to mitigate disparities in housing opportunity according to race, disability, family status and other discriminatory classifications.

Despite the FHA and some progress over its 52-year life in expanding access to housing and reducing housing discrimination, intense racial segregation has remained in many large metropolitan areas, including Greater Boston. Using statistics from the 2010 U.S. Census, a report for the US2010 Project ranked the Boston-Quincy region the 11th-most Black-White segregated community among 50 metro areas in the country.

Housing segregation persists, even alongside the FHA, not in small part due to longstanding zoning and land-use regulations that disincentivize or outright disallow multifamily buildings. Zoning ordinances such as large lot size requirements, which concentrate wealth in particular neighborhoods, exacerbate the issue of access to good schools and other opportunities.

Contrary to President Trump’s claim that the AFFH rule was deterring investment, it may have been having the opposite effect, as cities, under the rule, worked to incentivize housing development, including multifamily, in areas previously not considered.

With the rule’s rescission, some municipalities will no longer pursue zoning changes and other incentives that would encourage housing investment in areas of low opportunity. That means, in many communities, single family zoning and regulations will remain in place that deter the development, and investment in, multifamily housing that could address segregation and equal opportunity while alleviating housing shortages.

Boston remains among the most racially segregated urban centers in the country. But Boston isn’t the only Massachusetts community with housing disparities propagated by outdated zoning and land-use regulations, and other factors.

Housing segregation limits socio-economic mobility and other opportunities, concludes a 2018 report produced by the Urban Institute.

“Growing evidence demonstrates that where you live affects your well-being and ability to thrive,” opens the report. “We find that, on average, metropolitan regions are more opportunity rich than rural areas but have wider disparities in access to opportunity between different racial and ethnic groups. Metropolitan areas with higher levels of segregation also have wider racial and ethnic disparities in labor market engagement, high-performing schools, and toxin-free environments.”

A February 2020 MassLandlords report, “Impediments to Fair Housing in the Pioneer Valley,” requested by the Pioneer Valley Planning Commission as part of its AI, documented three primary reasons for discrepancies in fair housing in several Massachusetts cities.

Springfield’s lack of multifamily zoning, its large lot size and frontage requirements, and its restrictions on household size, have the effect of locking out households that cannot afford generous space required in those neighborhoods.

Westfield’s lot sizes are even stricter, requiring between 10,000 and 20,000 square feet for residential lots, with 125 feet of frontage. Holyoke and Chicopee, also in the Pioneer Valley, maintain similar regulations.

These restrictive municipal housing requirements are not uncommon across the country. One standout, however, is Minneapolis. The Minnesota city, in its plan called Minneapolis 2040, recently eliminated single family zoning and altered its minimum lot sizes in recognition that these regulations were having a racially disparate impact on people of color. In its obligation to affirmatively further fair housing, Minneapolis recognized it needed to take a red pen to its zoning ordinances.

The Minneapolis example is precisely what the AFFH rule was intended to engender: a deep dive into the roots of a city’s fair housing policies, to identify and devise solutions to provide fair housing for all who live there.

Since the implementation of the rule, dozens of communities had been engaged in such deep dives. Some are opting to continue that process. Others, inevitably, will make less concerted efforts at fair housing.