Blog » What One Tenant Attorney Sees Landlords Doing Wrong: How to Succeed in Housing Court

MassLandlords.net/RHAGS hosted tenant attorney Joel Feldman of Heisler, Feldman, and McCormick PC at our December 8 event in Longmeadow. What better way to succeed than to learn from the opposition? Longtime RHAGS member Attorney Stanley Komack made the introduction and moderated Q&A. 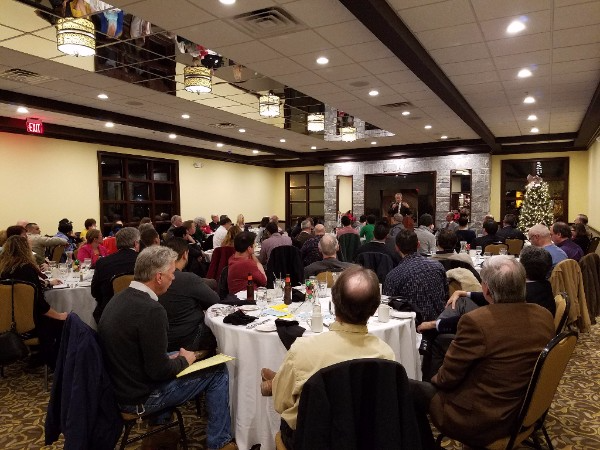 Attorney Feldman started with a list of common issues he sees when tenants bring a case to his desk. The top five issues are: gross neglect of maintenance, with no proof the apartment was good at the beginning of the tenancy; severe infestations, so bad the rodents are biting the tenants; breach of “quiet enjoyment;” attempting your own eviction; and security deposits.

An early question from the audience prompted a deeper discussion of security deposits. Attorney Feldman described how best to create a statement of conditions. “Escort the tenant around the apartment and show them what is wrong with it,” paraphrasing. In other words, “Fill it out together.” A list of defects is better than no list at all. It shows that you did examine the apartment and the only things wrong with it at that time were the items listed.

One audience member asked how long a conditions statement lasts. “It lasts until something happens,” Attorney Feldman said. In other words, if there are repairs made, or if parts of the apartment wear down, the conditions during court may not match the conditions at move-in. In the absence of intermediate pictures or statements, the court will have to guess how long the conditions have been sub-par.

How much is normal wear and tear? Attorney Feldman says if something breaks, that’s not normal.

When asked specifically whether cleaning walls after smoking was normal, he said, "If it's really intense, no." But overall a judge needs to decide this in a real case. It’s hard to talk hypotheticals.

But It’s a Contract

Attorney Feldman said it’s rare to see a dispute over the contract. A rental agreement is “a legitimate contract” and usually the meaning is not contested. The dispute is usually over what really happened.

Emotional distress isn’t the hand-wavy smoke-and-mirrors that many landlords fear. It’s a legal term of art that refers to specific issues. For instance, if you can't sleep or can't eat, that would constitute emotional distress.

Attorney Feldman gave an example from close to home. He had a case of attic vermin, with "rats chasing flying squirrels. It got really intense at 1am. That's emotional distress."

Attorney Feldman was similarly helpful at defining quiet enjoyment, another term of art that doesn’t mean “noisy.” Breach of quiet enjoyment is failing to furnish services required by lease or law, interfere with other services provided by third parties, or messing up utilities.

Transferring utilities without consent, cross metering, or paying for common areas could all be violations and a tenant can't agree to this.

Is quiet enjoyment a liability to the landlord if two tenants are fighting? Attorney Feldman said, “The landlord does have to do something.” Cease and desist letters can help you prove you took action, avoid collateral lawsuits. Emergency orders can get a hearing in a matter of days.

When Does the Consumer Protection Law come into Play?

In Massachusetts, consumers are entitled to receive triple damages if a business practice is “unfair.” The law doesn’t define it more precisely than that.

Attorney Feldman gave some concrete examples of where he has seen that applied: bad conditions, unfair debt collection, preprinted leases from other states, and especially leases that include illegal late fees.

Attorney Feldman finds that retaliation comes up a lot. There are certain things a tenant can do that are considered “protected activities.” Any adverse action a landlord takes in the following six months are presumed retaliatory. The landlord must overcome that presumption with substantial evidence.
The most typical way to get a retaliation claim is to take action against the tenant after they have called the board of health.

Attorney Feldman said discrimination is deciding not to work with a tenant because of their being in a “protected category.” Federal law defines protected categories (like race) and state law adds more categories that are not so obvious.

Do you have to take Section 8? Attorney Feldman said, "Not true." But can a landlord say, "I don't like part of the program, so I’m not taking Section 8." Attorney Feldman made his answer short and clear: “Not allowed.” A landlord must choose on the basis of economic metrics.

If your rent is higher than what Section 8 allows, that is not discrimination.

Judges know the law. The question is not what the law says but can you, the landlord, prove your case? Judges look for photos of conditions, reports from the code department, or third-party eye witnesses.

Attorney Feldman was honest about the fact that many tenants have trumped-up allegations. He said, "We reject a lot more cases than we end up taking."

Attorney Feldman advised education. "It's not a simple thing owning piece of property and renting to a tenant," he said. "Do the things you’re supposed to do and you won't ever see me again," he joked.

When asked about mobile home parks, he pointed out that those are not just regulated the way residences are but also are further regulated by the Attorney General.

On the Matter of Attorney’s Fees

Attorney Feldman was asked how he gets paid from cases.  He described how, if he wins, the landlord would be liable to the tenant for the damages and his fees as an attorney.

He often advises his opposition, "Let's settle before my fees become a big issue on this case."

Attorney Feldman described how he once got $40,000 for an eviction case against a bank. The realtor said, "Bank, you really need a new furnace for this building. It's really bad." The bank didn't replace it for 18 months. The bank lost that case badly.

In security deposit violations and consumer protection cases, there’s the potential for landlords to pay triple damages. Can these go toward the attorney’s fees? “It depends on the attorney’s agreement with his client,” said Feldman.

He elaborated: "We don't take technical violations where we can do 'gotcha' on the landlord." His firm looks for violations of the spirit of the law. "And we don't do owner occupied two’s or three’s. We want to have as big an impact as we can." So they’re looking for large settlements.

In this sense, landlords and Attorney Feldman share common ground: both of us screen our tenants carefully.

Remember that if utilities are found to be unlawful (e.g., paying for a common area, paying without a rental agreement) damages can be for the entire utility bill, not just the unfair portion. Common area utilities can never be paid by tenant unless the light is outside the door on their way to egress, and it’s in a written rental agreement.

What happens if there’s no heat for five days, should we pay for a hotel to be safe? Attorney Feldman said, “That’s tricky. See if you can work it out with tenants. Offer a space heater.” When both parties agree there’s no need to call the lawyers in.

Attorney Feldman said he loved the chance to talk to landlords, he had just never been invited before. After this wealth of information, we will certainly invite him back! If you see him in court, thank him, and like Attorney Komack advised, “Settle!” Good luck!

11 Responses to What One Tenant Attorney Sees Landlords Doing Wrong: How to Succeed in Housing Court