A bill MassLandlords filed may be headed to a floor vote! We're asking members to support it. S.2944 "An Act relative to forfeiture reform" would dramatically improve private property rights for both landlords and renters alike. At time of writing, this bill was scheduled for third reading. 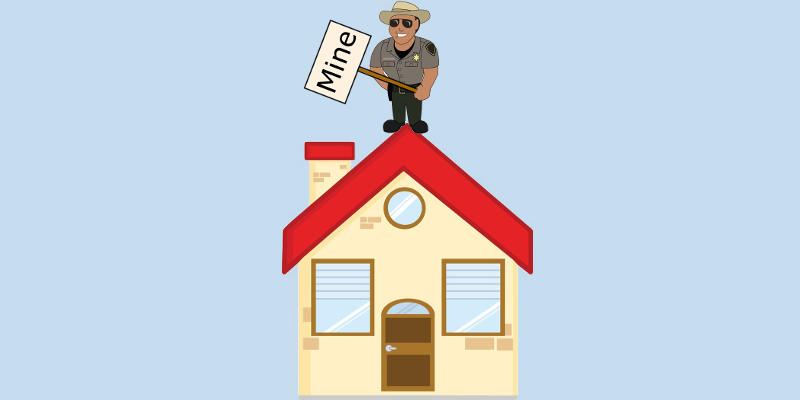 Civil asset forfeiture is a process by which property involved in a crime can be seized from owners who have not been accused of the crime – let alone convicted. Owners are not reimbursed. Derivative work of 123rf licensed work.

Massachusetts currently ranks worst in the country for the ease with which a town or city can take property from people who have not been accused of any crime. For example, the owner of a motel in Tewksbury fought for two years to keep his motel, which federal authorities said was used by his renters to engage in drug-related activities. The owner was not accused of any crime, yet his property could have been seized anyway.

According to public records, Massachusetts takes roughly $7 million per year from private people not accused of any crime. Half of all cases involved less than $5,000 in assets, meaning civil asset forfeiture mostly affects people with few assets who are likely our renters. Imagine your renter lends their car to a cousin who then commits a crime with the car. Your renter was not accused of the crime, but they lost their car anyway.

The Legislature Needs to Hear from You: Support Reform of Civil Asset Forfeiture

This bill would make it harder for police to seize houses, cars, jewelry and cash from landlords, renters and others not accused of any crime. It would establish a right to counsel for owners when property is seized. It establishes state oversight of how seized assets get spent.

Make a difference in five minutes:

1. Educate yourself on the issue

2. Find your Rep and Senator

Don’t be shy! Our elected officials depend on a connection with you, their constituent, to get reelected. If they aren’t aware of what’s good and bad, they may make bad choices. You could be the only person who is calling them about an issue. Every voice matters.

Call the rep and senator where you live. If you have time, also call the elected officials who represent the areas where your rental properties are located.

3. Call them and Ask Permission to Share Your Viewpoint:

You will probably talk to the legislator’s aide. This is OK. The aide will tell the legislator what you said. Adjust these to reflect reality:

Use Section 1 above as talking points. Or share your own experience with civil asset forfeiture.

Listen to questions they may have. Try to answer them.

5. Ask for their support

This bill may be headed for a floor vote. Can you help it get voted on? Will you vote yes?

6. Fill out our Response Form:

Let’s get organized! Tell us who you contacted so we can cover all the bases:

7. Forward these talking points to 3 to 10 people

You probably know a housing provider or two who hasn’t been paying attention. Let them know about this needed reform.