Renters who are in arrears may qualify for one or more subsidies, e.g., Rental Assistance for Families in Transition (RAFT), Emergency Rental and Mortgage Assistance (ERMA), and Emergency Assistance Rental Program (ERAP). If the subsidies take care of the arrears, does a housing provider have to accept them, even if they come with strings attached? The short answer is yes. Here’s why.

Members of MassLandlords know that Chapter 151B of the Massachusetts General Laws states it is unlawful to discriminate against a person “because the individual is such a recipient, or because of any requirement of such public assistance, rental assistance, or housing subsidy program.” Discrimination is one of the counterclaims and defenses that renters can raise in summary process cases, so it can defeat the landlord’s claim for possession (as well as having to pay the renters’ damages and legal fees).

Does this mean that if renters can pay off their arrears using RAFT, ERMA or ERAP the landlord has to accept the payment, even if there are some strings attached (such as agreeing to dismiss any summary-process cases)? Yes, says the Attorney General in this advisory.

“If your landlord refuses to accept RAFT or ERMA, or refuses to fill out their portion of the application, they may be violating Massachusetts law,” the advisory states.

This is consistent with what Attorney General Maura Healey Tweeted on January 7, 2021:

“This is important - Tenants can't be evicted while a rental assistance application is pending. Landlords can't discriminate against a tenant simply because they want to pay w/ RAFT. If your landlord refuses to fill out their portion of the RAFT app or to accept RAFT, call us.”

The AG’s Civil Rights Division makes the same point in this FAQ document.

Enforcing Chapter 151B is part of the Attorney General’s job. So not only could renters raise the landlord’s rejection of RAFT, ERMA or ERAP as a counterclaim in the summary process case, it also seems likely that the Attorney General will pursue landlords who flat-out refuse subsidies or slow-walk their part in the application process.

Here at MassLandlords we have believed from the get-go that landlords who reject RAFT, ERMA or ERAP would run afoul of Chapter 151B. To help ensure that we are providing reliable information, we have been trying to find out whether State agencies share our opinion.

For example, back in October 2020 we asked the Massachusetts Commission Against Discrimination (MCAD) to provide some guidance. Why MCAD? Because this is the agency that has the statutory authority to interpret chapter 151B, which means that the courts have to give considerable weight to what MCAD says about whether a particular act or practice constitutes unlawful discrimination.

But MCAD declined our request, saying that the agency would wait until it received complaints making such claims and adjudicate those complaints on the merits. Seven months on, anecdotal evidence indicates that MCAD now has plenty such cases on its docket. It is worth noting that it is not only the Attorney General who can file MCAD complaints against landlords. Individual renters can do so, and (under section 1.04 (1) (c) of the agency’s regulations) so can advocacy organizations.

Our mission here at MassLandlords is to create better rental housing in Massachusetts by helping current, new and prospective landlords run profitable, compliant and quality businesses. Being a member means complying with our Commonwealth’s anti-discrimination laws, and the law on this point is now clear: Rejecting RAFT, ERMA, and ERAP would constitute unlawful discrimination. 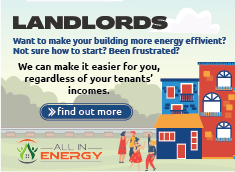