Landlords and homeowners are experiencing record delays from repair people in response to the repair demands after extreme winter weather conditions. Insurance companies have had to call in extra adjusters from as far away as Alabama. Contractors across the state have had their inboxes and voicemails overflowing with messages from property owners. 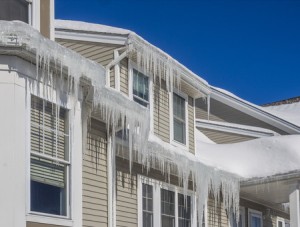 The Globe interviewed one roofer who reported getting more than 4,000 calls in one month, the phone ringing a record-breaking 100 times an hour during a major storm. They reported having to say no to an awful lot of stressed-out people.

There was already a shortage of contractors in the Boston area and especially people willing to work on jobs involving lead-paint after the EPA’s new RRP rule regarding repair, renovation or painting on surfaces with lead paint.

On top of these issues, ongoing inspections in Boston are also making a demand on workers.