Ranked choice voting is a critically needed reform with long-term benefits for Massachusetts housing providers. It is similar to the voting method used by MassLandlords members to select our officers and policy priorities. Ranked choice voting is not inherently ideological, and as Australian politics shows, can result in conservative outcomes. On June 4, 2020, the MassLandlords Board of Directors endorsed the concept and the 2020 ballot initiative.

What is Ranked Choice Voting?

Why Should Landlords Care?

Because right now, someone can get elected to office by appealing only to renters. Under ranked choice voting, candidates will have to appeal to renters and landlords, too.

Look at which representatives and senators proposed the destructive, unfunded eviction moratorium. Mostly they got elected on narrow margins and ideological platforms. We could have prevented evictions during the pandemic by coming up with an affordable way to fund all of this housing. But no. Businesses are ruined and renters are still going to be evicted in the end anyway. Our current voting system produces reps and senators who don't need to think about the consequences of their actions. 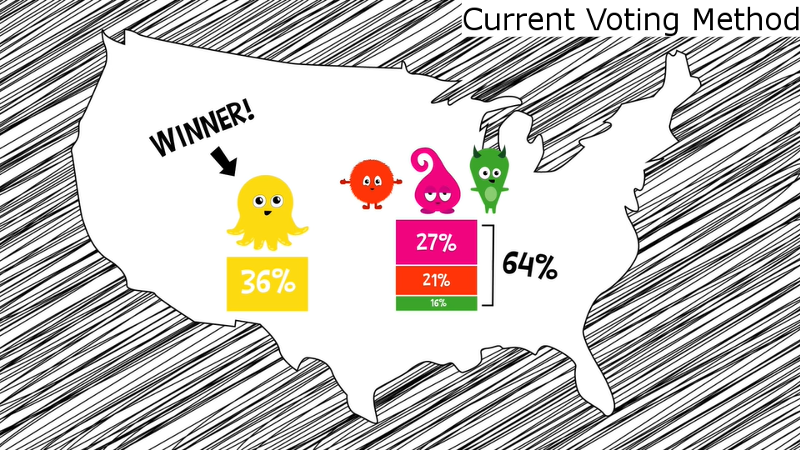 Our current voting method permits someone to win office with only 36% approval, i.e., appealing only to renters. 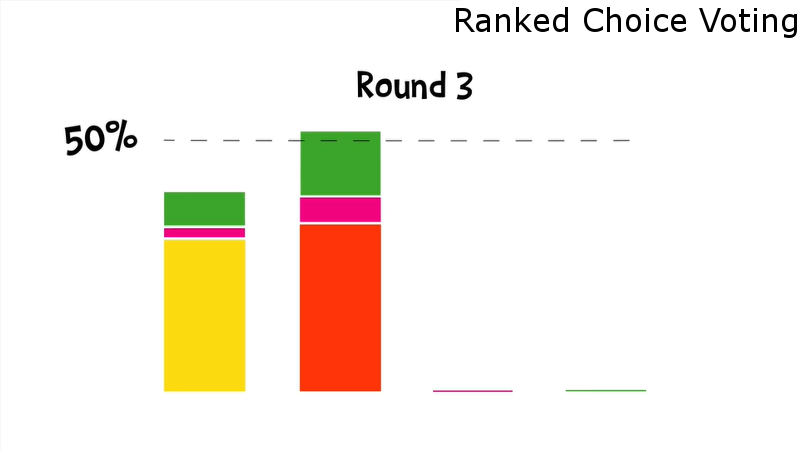 Ranked choice voting enforces the requirement that the winner obtain at least a majority, i.e., appeal to renters and landlords too.

The proposed law would take effect on January 1, 2022.

No. While it's true that ranked choice voting lets you indicate more information on your ballot, which may require more thought, you can complete a ranked choice ballot if you can order an ice cream, with as little or as much effort as you like:

Suppose you want a sundae. You enter your local Democracy Creamery:

If you don't want anything besides cookie dough, you can leave the ice cream shop, or leave those other options on your ballot blank. This does not hurt you: all first choice ballots count in the first round. The first round may be enough to decide the winner.

Counting can be done by hand. Tabulation requires some training, but that's always the case.

Maine uses ranked choice voting and the cost was one-tenth what was estimated. When Maine counted their ranked choice ballots for the first time, the total cost was $102,653 (12:59) compared with the $1,500,000 feared (9:31). Most of the cost in the first election was actually created by the naysayers challenging the idea on a separately printed referendum ballot.

No. It's true that some on the progressive left who have taken stridently anti-ownership positions in the past now support Ranked Choice Voting. But ranked choice voting is not inherently ideological. Just as a socialist party may field a credible candidate under a ranked choice system for certain very particular neighborhoods like Cambridge/Somerville, the same is true for the libertarian party, the green party, and a dozen other parties yet to be born. Perhaps there will be a "housing provider party".

1.) Far-left advocates like Democratic Representative Mike Connolly consistently over-estimate their support in their party and in the state. The rent cancellation bill, for instance, got half the legislature signed on as cosponsors but then was stopped in its tracks when the sponsors read it. Some even told us after-the-fact -- off the record -- that they had made a mistake in sponsoring it.

2.) Despite 90% of the MA legislature being Democratic, more than half of voters are registered independent and that number is climbing.

Housing providers can also appreciate the fact that Australia has used ranked choice voting for over a hundred years, and they get what we would describe as "conservative" outcomes with respect to property rights. This is because most people own some form of property (shoes, car, house), and ranked choice voting moves us closer toward consensus and shared experience.

The net result will be that Massachusetts politics will better reflect housing provider viewpoints under a ranked choice voting system.

Does Cambridge Have Ranked Choice Voting?

Not really, Cambridge does not use the form of ranked choice voting proposed for the fall 2020 Massachusetts ballot. Although their ballots look like ranked choices, the way they count ballots is better described as "proportional representation".

In Cambridge, city councilors are elected at large from a single ballot with a low (~10%) threshold to win. Instead of redistributing votes from ballots whose first choice has clearly lost, Cambridge redistributes so-called “excess” ballots whose first choice has already won. In other words, if your preferred candidate wins a seat, it’s more likely your second choice will win, as well. This is the exact opposite of what is wanted.

Although the Cambridge system has tended to create a racially diverse city council by virtue of a very low bar to being elected (10% approval), the Cambridge system does little to address the lack of consensus in politics. The one consensus mechanism is that some losing ballots do have their votes redistributed in later rounds. But overall, candidates for Cambridge city council can adopt fringe ideologies and do no work to cross party or ideological lines and still be elected. Gridlock around flawed housing policy can be seen in the past (rent control) and even recently (overlay zoning).

Unlike Cambridge, Ballot Question Two for Ranked Choice Voting eliminates the candidate with the least first place votes and redistributes those ballots. So if you don't get your first pick, you can still get your second. No candidate reaches office until they receive a clear majority of support having worked at least somewhat to find consensus among the various ideologies at play. 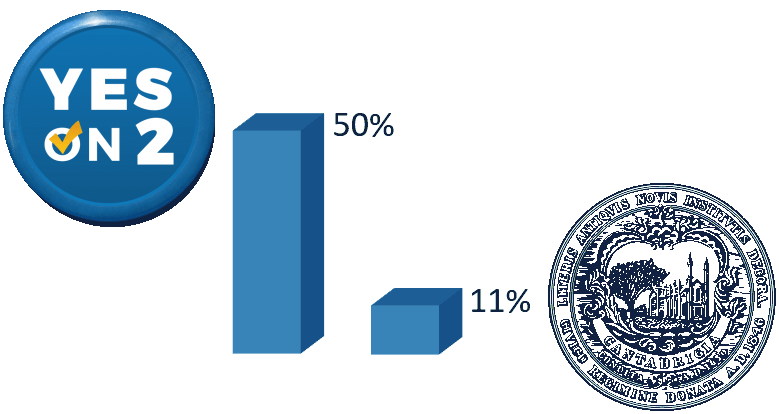 Ballot Question 2 would impose a much higher standard than the City of Cambridge threshold.

Has the Board of Directors Voted on this?

Yes, the Board of Directors have endorsed Question 2 on the 2020 Massachusetts Ballot.

Is this being proposed nationally?

No. Much work has been done to understand the impact of ranked choice voting methods on various demographics, including by race, educational attainment, and other metrics. According to "Instant Runoff Voting and Its Impact on Racial Minorities: Produced by The New America Foundation and FairVote, June 2008":

"Nearly half of San Francisco voters in the city’s IRV election in 2005 did not know they were going to vote in an IRV election when they came to vote or received their absentee ballot, yet 99.6% of voters in that year’s most hotly contested IRV race cast valid votes – with all categories of voters handling IRV elections well whether they knew about it before voting or not."

The study concludes, "The most important factors boosting effective use of the [ranked choice voting] system are ones that can be done inexpensively: sensible ballot design, clear ballot instructions and well-trained poll workers.

Can I help Get Out the Vote?

Yes, here is a video to watch for how to talk about ranked choice voting:

Through the 2020 election, volunteer opportunities were being managed by the Yes on 2 campaign: