One of the questions likely to appear on the statewide ballot in November will ask whether Massachusetts voters want to adopt a new voting system called Ranked Choice Voting (RCV), which lets voters rank candidates in the order of preference (1 for your favorite, 2 for second best, etc.). In some ways, the system would be a novel departure. But in another way, it would mark a return to the way Bay Staters used to elect their politicians. 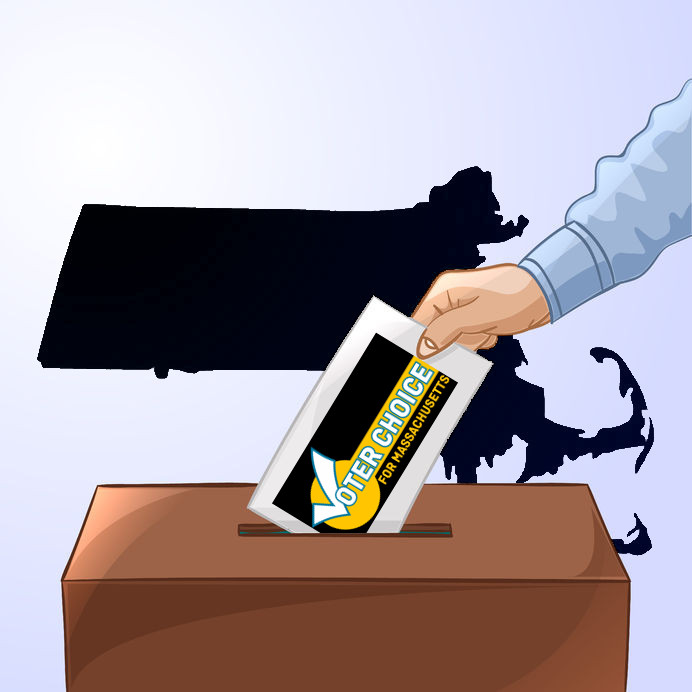 VoterChoice2020 would allow nuanced preference to be considered, particularly of economic and racial minorities, whose "first choice" candidate often stands no chance at election under current methods.

Putting to one side the question of whether RCV qualifies as a leap into the unknown or a return to old principles, what could it mean for landlords?

Back to basics? History of Massachusetts Run Offs

Between the adoption of the State Constitution in 1783 and 1855, candidates for office needed to obtain a majority of the votes in order to win. If no candidate won a majority, there had to be a re-run. But the tendency of smaller parties to field candidates who had no hope of winning resulted in re-run after re-run with elections sometimes lasting weeks. A no-hope candidate would drop out on the condition that one of the major parties would endorse a particular plank in the minor party’s platform. For example, the abolitionist Liberty Party would force re-runs until either the Whigs or the Democrats agreed to thwart slave-catchers.

Week-long runoffs were eliminated in 1855 when the electorate ratified a constitutional amendment that ditched the majority requirement in favor of plurality voting. The switch was part of an extraordinary political upheaval that changed the electoral landscape of Massachusetts in a period that saw the landslide victory of the American Party (commonly known as the Know Nothing Party), the collapse of the Whigs, and the birth of the Republican Party.

Without the leverage that the majority requirement had given them, single-issue parties had no prospect of exerting influence on the two major parties. So from the Civil War onward, plurality voting – with its stable two-party result – was the norm, in Massachusetts and elsewhere.

But in the 1890s, campaigners nationwide began to agitate for new methods that were becoming popular in Europe. These new methods included proportional representation (PR) in place of the winner-take-all, and something called the single transferable vote (STV). Their goal? To break the power of not only the party bosses (e.g. Boss Tweed of Tammany Hall) but also the parties themselves. The advocates saw themselves as reformers. To their opponents, they were naïve elitist goo-goos (from “good government”).

In Massachusetts, the advocates’ efforts culminated in the PR system known as Plan E, which the Legislature introduced in 1938. At least nine cities adopted Plan E before the Legislature abolished it in 1972. The only city to retain the system – after a courtroom battle – was Cambridge. Readers who wish to learn more about the litigation and the legislative history of Plan E may read McSweeney v. City of Cambridge, 422 Mass. 648 (1996).

From STV, to IRV, to RCV

The systems known as single transferrable vote (STV), instant runoff voting (IRV) and ranked choice voting (RCV) are the same. How they work and why they have several names is best explained with an example. With plurality voting, the way we vote today in Massachusetts, a race with three or more candidates can produce a winner who has the support of far fewer than half the voters. For example:

In this scenario, the Democrat wins even though most voters (55%) would have preferred a non-Democrat. The Republicans would refer to the Libertarian pejoratively as the “spoiler,” the moniker that some Democrats applied to Ralph Nader after the 2000 presidential election. A similar but hopeless party detracts from the main party’s chances.

To avoid the spoiler effect, some states (ten at present) use runoff elections, similar to the way voters in France elect their President. A runoff is where there are more than two candidates running for a single office. The first round of voting knocks out the less popular candidates leaving just the top two to face off in a second round. The purpose is to ensure that the winning candidate is the one who can muster broad popular support even among voters who would prefer, say, a Libertarian but will settle for a Republican. This is akin to an athlete winning silver in the first round, and being awarded gold as the best performer over two rounds.

Single transferable vote (STV) replicates the results of a runoff election by allowing voters to express their second and third choices from the get-go, without the delay, expense, and reduced turnout of a second round of voting. Because American voters are somewhat familiar with runoffs, campaigners in the US dubbed the system Instant Runoff Voting (IRV). Voters in several parts of the country use IRV in local and State elections, e.g. San Francisco and Oakland, California; Portland, Maine. Some communities have experimented with IRV and gone on to repeal it, e.g. Ann Arbor, Michigan, and Aspen, Colorado. (Ann Arbor repealed in 1976, prior to the Internet and computers, which now make tabulation easy. Aspen repealed to return to its previous run-off system but not to the plurality voting we have here in Massachusetts.)

In Massachusetts, advocates have renamed Instant Runoff Voting to be Ranked Choice Voting. The name has changed, but the system is the same.

Is there a problem in need of this solution?

Does the spoiler effect stifle the growth of third parties? Or, to put it in commercial terms, is there a market here for third parties?

Believe it or not, there are four recognized parties with ballot status in Massachusetts: Democratic, Republican, Libertarian, and Green-Rainbow. In the early 2000s we briefly had a union-oriented party called the Working Families Party (already well established in New York and Connecticut). Between 2014 and 2016, we also had a United Independent Party led by Evan Falchuk, its gubernatorial candidate who later joined the Democratic Party.

Of course, looking at our electoral map you might be forgiven for thinking that there was only one party, or one-and-a-half. The Democrats have a super-majority in both chambers of the Legislature, both US Senators from Massachusetts are Democrats as are all the State’s representatives in Congress, all members of the Governor’s Council, and all but two of the six statewide elected officials. The only exception to Democratic monopoly is currently the Governor and Lieutenant Governor. The last time the Commonwealth’s presidential electors went for a Republican was in 1984 for President Reagan. That’s why they call us a Blue State.

But only one-third of the voters are registered Democrats. Most Massachusetts voters (55.5%) are unenrolled, or what we used to call independent, i.e. not registered supporters of any party. That’s an increase of 7% since 2004.

With an increasing proportion of voters are choosing not to affiliate with any of the current parties, it seems reasonable to discern a gap in the electoral marketplace. Based on that trend, and the occasional flash in the pan like the Working Families Party and the United Independent Party, there is clearly an appetite for alternatives, or at least to have a nuanced opinion recognized in policy making. An opening could emerge for occupational or regional parties that campaign for greater resources. Is it too far-fetched to imagine a Farmers Party or a Western Massachusetts Party?

But so long as the plurality system remains, new parties that manage to marshal the resources to field candidates risk the spoiler effect, i.e. drawing votes away from their ideological allies and thereby unintentionally helping their opponents. That is one problem that ranked choice voting could solve. As ever in public policy, there are bound to be tradeoffs and unintended consequences.

Is Ranked Choice Voting worse than the cure?

Proponents of preferential voting trumpet its simplicity (“it’s as easy as 1, 2, 3”). The organization behind the RCV ballot question, Voter Choice Massachusetts, says that the new system “will open up the process to more candidates from outside the system, by giving all candidates a chance to compete and win.” They say RCV “promotes diversity of political viewpoints and creates more opportunities for women and people of color to run for office.”

But sometimes RCV has an unfortunate impact on the very constituencies its proponents are eager to help. For example, in San Francisco, where voters are limited to three preferences, in elections with four or more candidates some voters rank as many preferences as there are candidates, accidentally rendering their entire ballots invalid. Scholars at the San Francisco State University have noted that this phenomenon of over-voting is more pronounced among older and low-income voters and in some predominantly African-American and Hispanic neighborhoods.
When the system effectively disenfranchises communities that are traditionally under-represented, it is not working as intended.

A second problem arises when some voters choose to express only their first preference, meaning that if their first-choice candidate is knocked out in round one, their ballot cannot go to their second-choice candidate (because they did not mark that second choice on the ballot).

In this way, even though a common effect of ranked choice voting is to promote moderation and consensus, sometimes it can lead to centrists losing to a more ideologically extreme candidate. Another example from San Francisco illustrates this point. In the 2019 election for district attorney in San Francisco, victory went to Chesa Boudin, the most radical progressive in the four-way race, a public defender committed to abolishing the requirement that suspects post bail as a condition of pretrial release.

One commentator has laid Boudin’s success at the door of moderate voters who, after voting for their favorite candidate, were either exhausted and stopped ranking other candidates, or else purposely chose not to let their votes go on to help any of the other moderate candidates.

The lesson? In Ranked Choice Voting, the choice of whether to rank or not to rank lies with each and every voter, and choices always have consequences.

Voter Choice Massachusetts hopes that ranked choice voting will become the way we elect officials in Massachusetts. If it passes and we fail to educate voters about how RCV works, we risk disenfranchising many voices or seeing unwanted results. On the whole, however, the reward likely outweighs the risk. Ranked choice voting tends to create a conciliatory, alliance-forming kind of politics. Ranked choice voters can vote for the candidate they like most without fear of letting in the candidate they like least. Candidates whose appeal extends beyond their core supporters will tend to fare better than extremists. RCV also enables the birth and growth of small niche parties that can cater to interest groups. Without the inhibiting spoiler effect of plurality voting, an economic minority group such as landlords or others interested in housing policy could create their own party and amplify their political voice.

Right now, we’re forced to choose one candidate. With ranked choice voting, we can list the candidates as “First choice, second choice, third choice” in the order we prefer.