Oregon’s Senate Bill 608 established rent control and just cause eviction on February 28, 2019 effective immediately. The law caps rent increases to CPI plus 7% per year, increases the notice period for some tenancies to 90 days, and establishes a list of permissible causes for termination. This article gives a full analysis of Oregon rent control from a Massachusetts perspective. 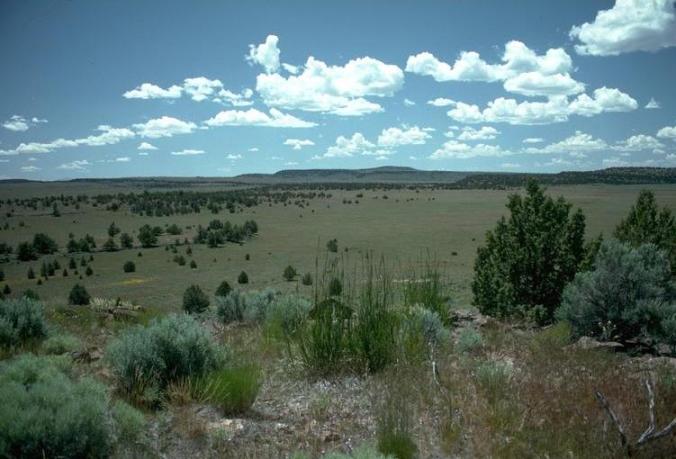 The Oregon High Desert, one of many places in Oregon where affordable housing – indeed, any housing – is scarce.

Before we analyze the Oregon rent control law, which is the least unfair of any rent control law we have read, we must first comment on two front-and-center differences between Massachusetts and Oregon.

First, Oregon has a legislative style manual that compels transparency. The bill contains the full text of the law being modified. Text that is being added appears in bold. Text that is being deleted appears in brackets. This is an enormous improvement over Massachusetts bills, which do not include original text. Massachusetts bills can modify acts or statutes, and acts can modify acts. Tracing through to the underlying significance can be a full-time job.

[Editorial note: At least one Massachusetts lobbyist, who does not and has never worked for MassLandlords, is known to purposely choose the most obfuscating method of drafting a bill to decrease the likelihood of opposition discovering the bill’s intent. Secrecy of the laws is contrary to the public interest (see, for instance, the pigs in George Orwell’s 1945 book Animal Farm). Oregon presents a welcome counterpoint and good example.]

Second, Oregon’s bill history contains a compact view of each step in the process as well as a roster of which representatives and senators voted which way. This is good for constituent oversight. It is also good to highlight what a partisan measure rent control is. Not one Republican voted for it. Several Democrats voted against it. The idea passed 56% in the Senate and 58% in the House. To place the bill’s passage in context: Oregon has two-thirds the population of Massachusetts but less than half the number of elected officials. This vote did not reflect a popular mandate.

Oregon’s increased transparency in text and votes far exceeds that of Massachusetts’. It may be responsible for what will present as a much softer and more reasonable form of rent control and just cause eviction than anything proposed currently or before in Massachusetts. This article is not an endorsement of Oregon rent control and Just Cause Eviction.

Oregon’s Form of Just Cause Eviction

Oregon’s form of Just Cause Eviction looks like a real compromise with owners compared to Massachusetts proposals. It is not known whether owner input was solicited.

Oregon’s law allows a landlord to terminate a tenancy for cause after three offenses. Massachusetts bills have subjected cause terminations to qualifiers like “repeated” and “serious,” giving judges total discretion on whether a notice would be allowable. If an Oregon landlord and tenant agree that dog mess must be cleaned up immediately, then the third offense is grounds for termination, provided the third notice of a lease violation comes with the non-renewal notice. This is a paperwork barrier that will catch some landlords, but in principal this can be learned and adhered to. This “three strikes and you’re out” policy is probably close to best practice for a rental business anyway.

Oregon’s law does not outlaw renovation. Massachusetts Just Cause Eviction proposals are so restrictive that all fixed term leases would convert to tenancies at will and cannot be ended for renovation. In Oregon, if a building needs to be gut rehabbed, the owner must give a 90-day notice and pay to each household a penalty equal to one month’s rent (ORS 90.427(5)). After this, there is no restriction on how much rent can be charged post-renovation. Renovation is therefore explicitly protected in the new law, provided this procedure is followed. This procedure may be expensive, but it will be predictable. Oregon’s law will not degrade the quality of housing to the extent of a Massachusetts ban.

Oregon’s law doesn’t apply Just Cause Eviction restrictions until after the first year. Massachusetts Just Cause Eviction protections would apply the moment your renter takes possession, and then there would be nothing you can do to deal with unforeseen circumstances. As Attorney Stuart Schrier pointed out in 2017 testimony, lease violations like prostitution, drugs, or domestic violence require witnesses where none feel safe testifying. We cannot terminate for cause and prevail in court without witnesses. The Oregon law neatly reflects this understanding.

Oregon establishes triple damages plus a defense to eviction for improper notice. This is something we haven’t seen in Massachusetts, and we should hope doesn’t arrive here. Like Massachusetts security deposit law, the Oregon law doesn’t distinguish between good-faith errors and hostile intention. All landlords who mess up the 22-page rent control law will be subject to triple damages and will have their evictions undone. There is also a statute of limitations of one year, which means starting in 2020, renters will be able to pursue past landlords for unlawful eviction. This law should have made a budget expenditure to educate owners about this important change.

Notably absent from the Oregon form of Just Cause Eviction is any proposal to give renter advocacy groups advance notice of tenancy terminations. Massachusetts versions of this proposal have deeply partisan origins and do give renters the chance to mobilize, picket, and harangue. In this way, Massachusetts proposals also violate fair debt collection practices acts (you cannot disclose debts to third parties, but Massachusetts would have landlords give non-payment notices to City Life/Vida Urbana.) Oregon avoids all of this housing partisanship.

Oregon’s form of rent control restricts most rent increases to the consumer price index plus 7%. Landlords must issue a specific form of notice that indicates the new rent, the amount of the increase, and the CPI changes that factor into the increase. The Oregon Department of Administration is now tasked with calculating the maximum rent increase for the following calendar year and publishing this. This new rent increase will be established no later than September 30 of each year.

Oregon’s form of rent control does not apply to weekly rentals, subsidized rentals, or units constructed less than fifteen years ago. These loopholes may be more permissive than not.

For instance, it was not readily discernable why an Oregon landlord couldn’t just convert all rentals to weekly, as is custom in the UK, and avoid the provision entirely.

Subsidized rent increases are already subject to approval by administrators, so this exclusion makes sense. Section 8 renters may fairly see their portion of the rent double depending on their income certification and other factors that go into the secret math, especially if they are starting from the minimum payment of $25/month.

Unlike forms of rent control in New York and San Francisco, the Oregon law doesn’t apply to all housing that existed at time of passage and none going forward, or to all housing of a certain class. It applies to older-than-15-year-old housing on a rolling basis. This means the first fifteen years of any newly constructed unit will be free from rent control. This is a major and completely unheralded provision to help create more units. It is also a fairness to owners of existing housing stock competing against new construction.

As with the Just Cause Eviction rule, Oregon landlords who seek to raise the rent in a non-compliant way are subject to triple damages in the form of three times the monthly rent plus actual damages. As with the Just Cause Eviction part of the law, Oregon should have appropriated funds to educate owners and make them aware of this new change and how to comply with it.

What Effect Will Oregon Rent Control Have?

1.) It will decrease the supply of housing by increasing the average length of tenancy in older buildings. Renters who have a controlled unit will be less likely to move into new units and risk fast rent increases.

2.) It will decrease the quality of housing. Would-be renovators have to wait for tenancies to end naturally and then pay households a one-month’s rent termination fee. This reduces budget and funds available for renovation.

3.) It will have a disparate impact on minority households. When landlords are considering how to offset risk, the basic trade-off is whether to wait for a renter with a great application, or to reduce vacancy cost by giving a chance to a more marginal application. With rent increases capped and Just Cause Eviction protections in place, landlords can be expected to wait longer for higher scoring applicants. Groups that are disproportionately likely to have unfairly bad credit, unfair convictions (especially for possession, which is housing irrelevant), and unstable housing history will suffer.

4.) It will deter landlords from investing in Oregon. Landlords don’t like being told to do ineffective things and are free to invest in other states.

5.) It will incur additional civil cost in the form of increased litigation, increased administrative burden calculating the maximum rent allowable, and decreased tax base for deferred-maintenance properties.

Oregon’s increased legislative transparency must be at least partly to thank for what looks like a lot of compromise. Unfortunately, when two camps on opposite sides of a canyon compromise on where to pitch the next tent, both fall into the canyon. Rent control has been demonstrated to have a negative effect, and the passage of this bill distracts from real issues around zoning, density, and permanent supportive subsidy.

Will Massachusetts be Next?

Members participate in the Policy Priorities Survey that directs our advocacy.