Each year in December we elect a member to the Board of Directors, and we also recognize a non-member with the MassLandlords Good Neighbor award. 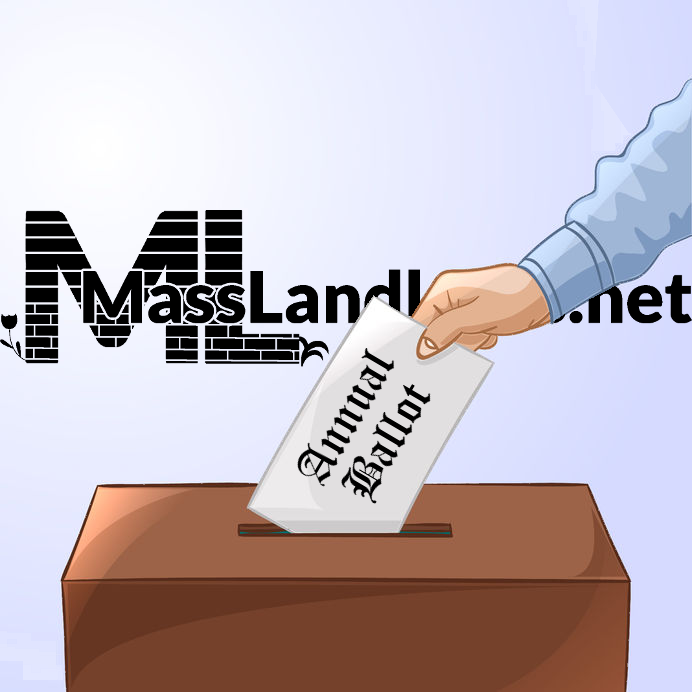 Our annual meeting this year will be conducted electronically only. The four event locations that would normally host in-person voting are closed. Electronic voting will take place at MassLandlords.net/governance starting December 2, 2020 and running through December 15, 2020.

The Good Neighbor Award is intended to recognize a non-member’s efforts to advance property rights or to improve the quality of rental housing in Massachusetts. All nominees are normally sent a letter of thanks. The nominee chosen by the membership would normally receive a commemorative plaque. Physical production of awards and mailings will be delayed.

This year three people have been nominated for the Good Neighbor Award. Because two participated in the same project, their nominations have been merged into a single ticket.

Chief Justice Ralph Gants (in memoriam) was the highest-ranking leader in state government to have called a convening of stakeholders, including many landlord and renter viewpoints, to collaboratively prevent both loss of rental housing and evictions. His untimely passing leaves a vacuum of leadership, as no one else has tried to get state officials, renters, and landlords talking.

The Board of Directors

At time of writing, one member had been both nominated for election and confirmed willing to run.

Steffen Landrum of Jamaica Plain, Boston is a MassLandlords member, property rights supporter, and crash course graduate. He has a range of business, startup, and corporate experience. He has a healthy disdain for bad actors in both politics and business relationships and would sustain a culture of building consensus within the MassLandlords Board and with state officials.

Directors serve a five-year term. The Board of Directors has no operational responsibility, rather, their job is to oversee. In particular, they must hire or fire the person currently in the Executive Director’s role, if necessary. They must also review financial reports and verify that association business aligns with our mission.

The final deadline to submit names to appear on the ballot is December 1, 2020. Write-in’s will be allowed. Email hello@masslandlords.net to nominate a Director or a Good Neighbor. Log in at MassLandlords.net/governance between December 2, 2020 and December 15, 2020 to view final ballots and biographies, and to vote electronically.

One Response to Notice of Annual Meeting: MassLandlords Annual Elections December 2 through 15, 2020