On April 9, a landlord with 16 units (not a MassLandlords member) pleaded guilty to forging occupancy permits and deleading certificates. Instead of jail time, his penalty is never renting to Section 8 again. 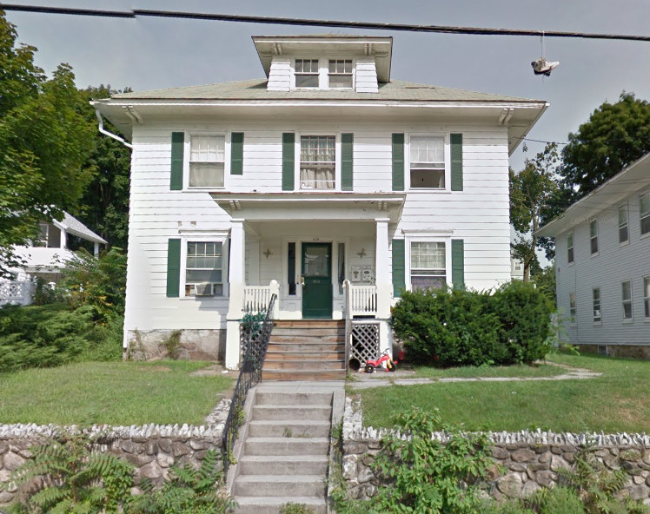 One of the Lawrence properties implicated in the forgery. Google Maps Street View.

Edward Bonaccorsi II, owned a company called Essex Printing, which contracted with the City of Lawrence to print official documents.

Bonaccorsi used extra stock to print and sign his own occupancy permits for his Lawrence units. He forged the signatures of inspectional services officers. He forged deleading certificates. He used the forged documents to apply for Section 8 money and rented to Section 8 tenants.

The Attorney General said children under the age of six resided in the units with forged deleading certificates. It is unclear whether any were poisoned.

MGL Chapter 267 Section 1 reads, “Whoever, with intent to injure or defraud, falsely makes, alters, forges or counterfeits a public record, or a certificate… shall be punished by imprisonment in the state prison for not more than ten years or in jail for not more than two years.”

But there was no jail time assigned. Superior Court Judge Timothy Feeley ordered that Bonaccorsi pay $6,000 in fines, be placed on probation for three years, and not receive any Section 8 benefits in Massachusetts ever again.

Bonaccorsi broke the forgery law in order to participate in Section 8, and received a penalty that amounts to a wrist-slap.

On the other hand, an owner who breaks the discrimination law in order to avoid Section 8 can expect to pay $30,000 to $50,000 per incident, for some, a bankrupting amount.

Does this unevenness make sense? It appears to suggest that you could pretend to really like Section 8, forge some documents, and then never have to deal with it again. (Do not forge documents, we’re just talking hypothetically.)

When applying for an apartment, the first question a prospective Section 8 renter will ask a landlord is, “Do you take Section 8?” They know that the average owner doesn’t like the program.

Consider the flaws of Section 8 as a subsidy:
Lease-up takes longer than a market tenant, because two third-parties – the inspector and the administrator – must be scheduled and made to approve.

Inspection outcomes vary by inspector. It is not possible to know in advance whether you will pass, even if the unit recently passed another inspection.

Owners must grant the federal government an indefinite, interest free loan in the event of a shutdown that halts payments.

Subsidy administrators cannot or will not say prior to lease signing what the tenant’s assistance payment will be. The formula is not made public. This greatly clouds lease-ups close to or above the rent reasonableness level.

If there is a problem with the tenant, the administrators, who until the moment of lease signing had expressed their support toward owners, will suddenly say, “We can’t help. Do what you would with any market rate tenant.”

Most significantly, there’s a perception (whether right or wrong is irrelevant) that Section 8 tenants are not worth the risk. MassLandlords tries to educate owners on the program, but most owners are not MassLandlords members.

The judge’s sentence prohibiting participation in Section 8 reflects the state’s ignorance of how most landlords view the program.

We should continue to vigorously prosecute fraud and fix the Section 8 program. Outsized discrimination fines and lenient forgery sentences show the backwardness of our priorities.