People experiencing homelessness in Massachusetts can apply for a program called Emergency Assistance (EA), which may provide temporary shelter. Typically, this means congregate housing (cots) or scattered sites (closer to real housing). Under Massachusetts law, certain families with children have a “right to shelter,” which requires the Department of Housing and Community Development (DHCD) to provide housing even if no beds are available. For many years, this has meant placing families in hotels or motels. 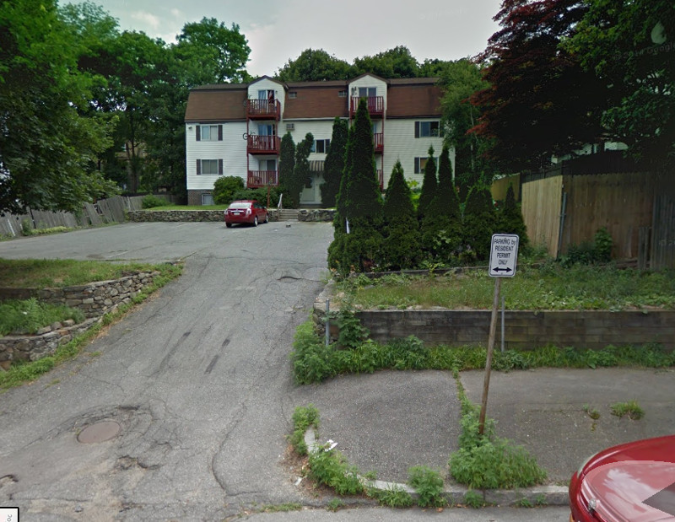 The Google Maps view of one the properties that provided temporary and ADA non-compliant housing. https://goo.gl/maps/ebXrrPvdNAm

Critics of the hotel/motel overflow strategy point to the serious shortcomings of living in a motel (particularly for children) such as social isolation and lack of cooking facilities. There is also the matter of the direct cost of hotel rooms, roughly $3,500 per family per month.

In 2015, State Auditor Suzanne Bump issued a report on the costs to municipalities of housing homeless families in motels and providing K-12 education for homeless children. She described “a local burden of $13.3 million per year” that fell heavily on “less affluent communities where these impacts are especially difficult to absorb.” This indirect cost is in addition to what the state pays for the room itself.

For example, Holyoke lost out on hotel and motel taxes to the tune of more than $200,000 according to Mayor Alex Morse, who stated in 2015 that hotels and motels were “not the best way to house families and children.” The City incurred equivalent cost adding bus routes from Holyoke to schools in children’s home communities, often far away.

During his gubernatorial campaign that year, Charlie Baker said that as Governor he would try to reduce the number of families placed in hotels and motels.

Governor Baker’s decision to shift away from reliance on motels triggered an ongoing lawsuit, which started in Suffolk County Superior Court in December 2016. Greater Boston Legal Services (GBLS) represents the homeless plaintiffs. Other organizations weighing in against the Baker administration include the American Civil Liberties Union (ACLU) and the Disability Law Center.

They allege that the policy, as applied to Emergency-Assistance recipients with disabilities, violates Commonwealth’s anti-discrimination law and the Americans with Disabilities Act (ADA). Specifically, the plaintiffs claim that the administration was violating the law by failing promptly to place families in shelters within 20 miles of their “home communities” as quickly as possible.

For example, one of the intervenors in the case is Marcia Prodoscimo who arrived in the U.S. from Brazil with her four children in May 2017. They stayed with a succession of friends in Medford, where Ms. Prodoscimo enrolled the children in the public schools.

In June 2017 Ms. Prodoscimo applied to DHCD for shelter and in June the agency assigned her to a third-floor apartment in Worcester, about 50 miles from Malden.

Later that month Ms. Prodoscimo’s attorney informed the Department that one of the four children, Ms. Prodoscimo’s 16-year old son, needed knee surgery for a ruptured ACL and that his physician recommended a ground-floor apartment. On June 20, 2017, the Department issued a transfer decision stating that it would house Ms. Prodoscimo within 20 miles of her home community “when a placement is available that will accommodate the household.”

The plaintiffs argued that DHCD should have housed the family in a hotel, and that its failure to do so immediately violated the Americans with Disabilities Act (ADA). In the relevant budget line-item, the Legislature had directed the Department to use hotels if shelter beds are not available. So, argued GBLS on behalf of the plaintiffs, DHCD was flouting the will of the Legislature, as reflected in the budget line item.

Superior Court Judge Douglas H. Wilkins (appointed by Governor Deval Patrick in 2010) agreed, certifying the case as a class action and ordering DHCD to stop its policy of not using motels as housing for emergency-assistance recipients with disabilities. With regard to the Prodoscimos, Judge Wilkins ruled that shelter beds were not available, so the DHCD had a statutory duty to place the family in a shelter “that does not require the use of stairs” within 20 miles of Medford.

The administration appealed Judge Wilkins’s class-wide order. A single justice of the Appeals Court issued a stay in December 2017 and the case went up to the Supreme Judicial Court (SJC).

On October 11, 2018, the SJC issued its decision, ruling that Judge Wilkins had reached conclusions “not supported by the record.” He had “erred” in ruling that only an “immediate transfer” would constitute a “reasonable accommodation” of the recipient’s disability. The SJC quashed the order and remanded the case back to Superior Court for further proceedings.

The case of Garcia v DHCD goes on, and the Baker administration’s efforts to stop housing homeless families in motels continues to meet resistance from tenants’ advocates such as GBLS and the ACLU. For homeless families in Massachusetts, and for less-affluent cities and towns struggling to cope with the indirect costs of foregone hotel/motel-room taxes and school transportation, the multi-faceted problem remains unsolved.

The $200 million annual budget for EA covers approximately 3,500 people experiencing homelessness at any given time, for an average duration of nine months each, out of an estimated 15,000 – 20,000 people in need. MassLandlords supports reform along the lines of a landlord-tenant guarantee program.