Blog » How to Avoid Housing Discrimination Based on Age

When you think of age-based housing discrimination, you may think of a housing provider who doesn’t want kids in the building, or a landlord who hesitates to rent to the elderly. And while both of those examples would be violations of the Fair Housing Act  (“family status” is a protected class on its own), there are other things you need to be aware of that also fall under the umbrella of age discrimination. 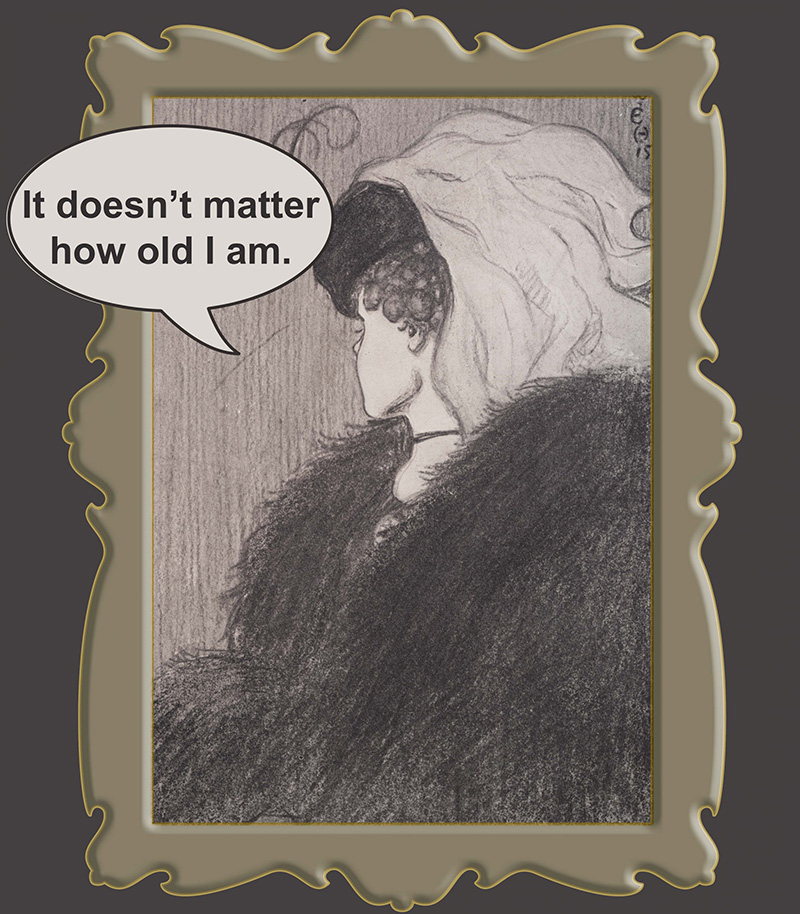 This version of a popular optical illusion, titled “My Wife, My Mother-in-Law” was first published in 1915. Do you see a young lady, or an old woman? Regardless, if she applied for your rental and was otherwise qualified, your feelings about her age would be irrelevant...and denying her tenancy based on that would be age discrimination.

“College students are too rowdy.”

“Older people are just going to retire and move to Florida.”

“Are you sure you’re able to handle a third-floor walk-up?”

The first two examples in that list are long-overused generalizations about two ends of the age spectrum: the young (often first-time renters and/or students) and the elderly. But like all stereotypes, they are opinions, not facts. A college-age tenant may throw loud parties, but they’re just as likely to be so immersed in studying that they barely have time for a social life. The reality is probably somewhere in the middle for most students. And if an elderly person is looking to move someplace far away, they probably aren’t planning to do so in the immediate future if they’re apartment hunting.

But what about that third example? Isn’t it common courtesy to ask someone if they’re going to be able to handle living in your rental? Maybe there’s a steep driveway or a lot of stairs. Perhaps the garage door sticks sometimes and requires physical strength to close.

It’s up to the tenant to decide if they can handle those challenges, and it may insult them if you question their abilities. There are 70-year-olds in better shape than some 30-year-olds. Let them see the place and opt to move forward as they see fit (meanwhile, fix your garage door).

You also shouldn’t make assumptions about families with children (“kids always wreck the place”), or fall back on negative age-related stereotypes (“I prefer to rent to young professionals because retirees complain a lot more”).

Maybe your studio apartment is in a hip metro area or near a college. Perhaps it’s located outside the city, in a quiet suburb, or near a retirement community. Those are areas that may attract different age demographics (then again, they may not). Either way, be careful how you advertise your vacant units.

“Ideal for young professionals” may be off-putting to the older executive who wants to shorten her commute by living closer to the city center. For the suburban property, something like “older, mature tenants preferred” is blatant discrimination, but it also immediately discounts the possibility that a young family, couple or work-from-home individual may be interested in living outside the metro area.

Discriminatory wording in housing ads is illegal, but it also pigeonholes your property and tells large groups of people not to bother applying (even if that young couple knows that legally they have every right to apply for your property an hour outside Boston, if they think you’re going to be a difficult landlord because they don’t fit your age preferences, they may look elsewhere). Why would you want to miss out on the opportunity to get the best tenants possible because of misguided stereotypes?

Keep Security Deposits Equal Across the Board Regardless of Age

The opposite also holds true: if you waive the security deposit for the nice, older couple, but don’t waive it for anyone else, you could end up in trouble (and defending a discrimination lawsuit is likely going to cost you a lot more than that security deposit).

Respond to Maintenance Calls Consistently for All Tenants

Don’t ignore maintenance calls because you think your elderly tenant complains too much and “he’s just going to call about something else next week, I’ll just wait and get everything done at once.” Conversely, don’t put your tenants with kids on the back burner because “those kids are just going to be destructive anyway, why do I need to rush to fix things?”

Besides, going in for regular maintenance is a great way to keep tabs on what’s going on with your property outside of regular inspections.

Trust your tenants to know where they want to live. You may think that your rental in another neighborhood would be better suited to your applicants, but suggesting they tour that one instead may suggest you don’t want them in this neighborhood, or this unit.

“We have mostly retirees around here. There are a lot of young families on Smith Street, would you like to see that house instead?”

“You’re retiring? Congratulations! Do you want to see the units I have in the other building? We have a lot of retirees there.”

What about Aged Housing?

Aged housing refers to housing provided under a state or federal program that is intended to assist the elderly; housing strictly for residents age 65 or older; and housing where at least 80% of the population is age 55 or older. According to the Department of Housing and Urban Development (HUD), the age 55 or older exemption is the most common aged housing of the three.

To qualify for the 55 and older exemption, housing providers must demonstrate that 80 percent of the housing community in question is over the age of 55. The housing complex must also publish rules stating its intention to operate as a 55 and older community and adhere to those rules, including complying with HUD’s requirements for age verification.

These housing communities are the exception rather than the rule, so simply having a preference to rent to those nearing or past retirement age won’t cut it.

Trying to keep people of a certain age out of your units (or focusing on renting to one age demographic above others) is both unlawful and bad for business. Don’t paint yourself into a corner and miss out on a larger applicant pool by dismissing otherwise qualified tenants based on their age. Don’t discriminate: keep yourself out of court, and your units rented.