Massachusetts voters may have to decide this coming November whether to legalize cannabis (marijuana) in the way that alcohol is legal. This follows ballot decisions in 2008 and 2012 to decriminalize marijuana and legalize medical marijuana, respectively. 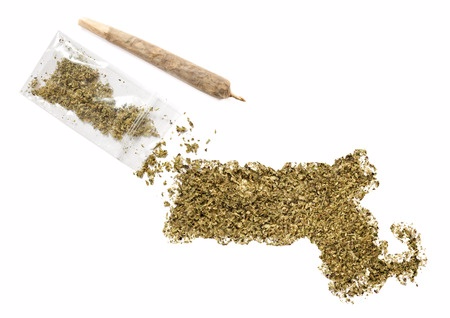 In February MassLandlords.net/Springfield hosted attorney Richard (Dick) Evans, a longtime advocate of legalized cannabis, to discuss the details of the proposal with concerned attendees. We live-tweeted the event. Here are some of the highlights.

A Brief History of Cannabis in Massachusetts

Massachusetts was the first state to prohibit marijuana in 1911. (Washington District of Columbia had banned non-medical forms in 1906). After a wave of state prohibitions, the Marijuana Tax Act of 1937 made it effectively illegal throughout the United States. The primary justification used by the then Federal Bureau of Narcotics was that cannabis caused people to act irrationally, commit crimes, and become overly sexual.

By the 1970's the medical value of cannabis for illnesses like glaucoma and bone tumors was starting to be recognized. Exemptions from federal law remained sporadic.

The National Institute on Drug Abuse cited a 2007 survey showing that over 100 million US adults had once used cannabis.

In 2008, Massachusetts voters enacted a ballot measure to reduce penalties for possession of up to one ounce of cannabis. Previously the penalty was a $500 fine and up to six months in jail. Since the referendum we have had a $100 fine and the event does not appear in CORI.

In 2012, Massachusetts voters again took steps to legalize marijuana, allowing for medical dispensaries and no criminal charges for possessing up to a 60 day supply.

Getting High vs Getting Well

After the history, Attorney Evans went on to describe the chemical nature of cannabis. It is, in fact, a complex mixture of various substances. The most important two substances are cannabidiol (CBD) and tetrahydrocannabinol (THC).

When patients are to be treated for medical purposes, they receive CBD. In some cases, school children receive CBD and have it at the school. CBD does not create the sensation of being "high".

THC, on the other hand, apparently does not have medicinal value but does create the "high".

Observant landlords may notice someone performing chemistry with butane. They may be attempting to extract THC. Stop this behavior or evict them. This is extremely dangerous, likely to cause a fire, and could be entirely replaced with safe commercial processes if it were legalized.

This Apartment is No Smoking!

The ballot initiative being proposed, as reported to us, explicitly recognizes that smoke is a nuisance to others who are not engaging in the smoking. It allows landlords absolute leeway to ban smoking of all tobacco and cannabis. This sounds like good, thoughtful, legislation to us!

If a tenant applies for a no-smoking apartment, admits to smoking tobacco, and promises to smoke outside, what do you say? "I'm sorry but I don't accept smokers." This protects you when it's minus 35 degrees Fahrenheit and the tenant thinks, "I'll just smoke inside just this once."

Cannabis users, however, have the option to ingest what they need through edibles and pills. We asked Attorney Evans if it was reasonable to ask a tenant not to smoke and instead switch to ingesting. He said, "yes". We were suspicious of this answer.

We asked the guy on the corner if we could ask him to switch from smoking to ingesting. He said, "That's kinda rude." Fair point.

The best advice seems to be to state "no smoking" if that's what you want, and stick by it. If they smell of cannabis or tobacco smoke, ask them directly and tell them you think it's not a good fit. If they counter-offer to ingest only, well, that's your call. Our job is to tell you: they're making a credible offer.

Side Effects of Cannabis-Friendly Apartments

If a tenant decides to start growing cannabis in your apartment or basement, you might see:

All of these things are bad. We recommend your lease explicitly prohibit growing, and that you take swift action to curb or evict anyone caught violating this clause. The legalization effort is likely to stop short of legalize DIY cannabis horticulture.

Does all this information make you less afraid of legalized cannabis? We hope so, because it may be inevitable for Massachusetts. Although legislatures nationwide seem reluctant to address the issue, voters nationwide seem to be moving forward rapidly and in unison toward legalization.

The popular perception is that non-violent users of cannabis are harmless, and that arresting them is both wrong and a waste of state resources. Advocates also say that regulation could mean safer product and fewer black market dealings. All we know is that if CORI gets scrubbed of pot smokers, we'll all have a few more tenants to consider renting to.

As the referendum unfolds we'll keep you posted.

One Response to Hey Man, Can We Smoke Weed Here?