Don’t Get Caught Up in a Rental Real Estate Scam - MassLandlords.net

As a landlord, you may not be thinking about rental scams. After all, most rental scams focus on making potential tenants the victims. Scammers place ads with too-good-to-be-true houses up for rent at a fraction of market value. The tenant wires money to hold the place and shows up to find a house that was never available. There are endless variants on the scheme, and often, the landlord is a victim only insofar as their rental unit is used as part of the deception. However, when it comes to renting out property, there are still rental scams to watch out for. 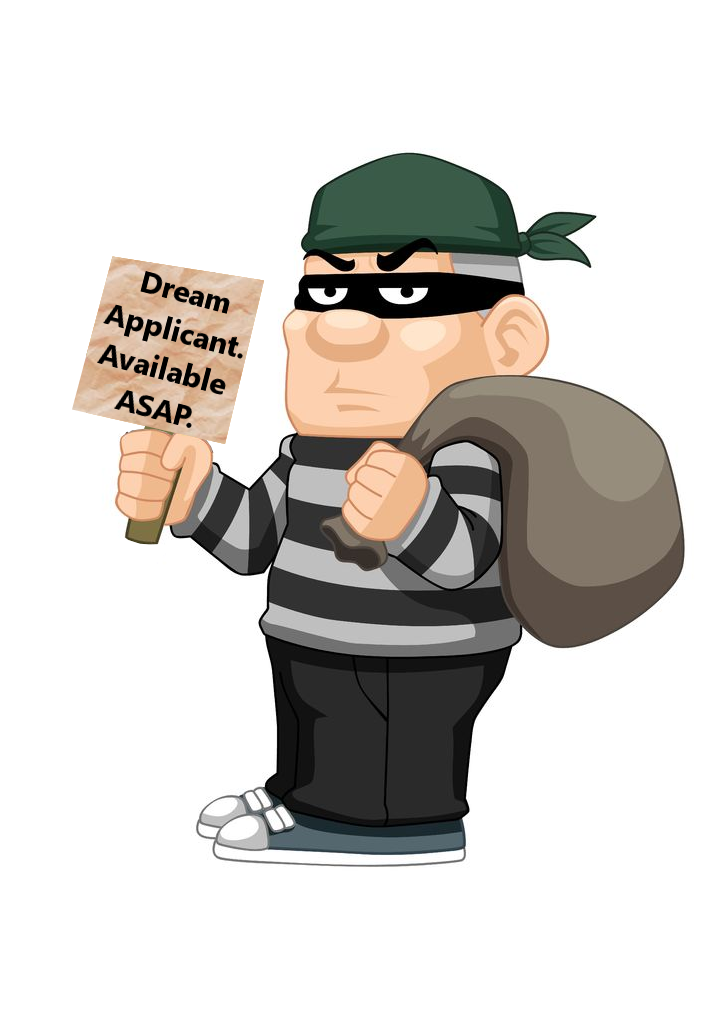 Real estate rental scams are a problem, but avoiding them is easier than you think.

Imagine you’re in a hurry to get a unit rented. You find a potential tenant who looks good on paper. He even goes the extra mile and brings his own credit check with him, in theory to save you the trouble. He pays the deposit and first month’s rent in cash, and everything seems fine, until the rent stops coming in. Your model tenant skips town, possibly wrecking the place before he takes off. Even if you could find him, in your haste, you never did get a signed conditions statement, meaning the damages are all coming out of your pocket. You’re left holding the bag, and it could be months before your place is ready to rent again.

There are a lot of red flags in that scenario, of course, but would you have spotted them all? Let’s look at the rental scams that are most likely to catch a landlord off guard.

Rental history, employment information and credit scores are all key pieces of information a landlord can use to vet a potential tenant. But in the age of Photoshop, creating fake documents can be as easy as watching a tutorial on YouTube. The easiest way around that is to do your own due diligence. Run your own credit check and identity verification, even though it costs money. If you’re not sure how to go about verifying a license, the company Blockscore offers identity verification products as well as a free trial.

Contact references. It’s possible that the phone numbers are falsified, too, but if you’re concerned about that, a little acting on your part may bring the truth to light. One user of the site BiggerPockets suggests you come up with a fictitious name to ask for when calling employers or other references. “If they’re faking, they’ll generally tell you who they really are when asked if they’re a nonexistent business—but if you ask them [if they are who the tenant put down]…they’re going to say yes. They’re in on the scam.” Another tried and true method is to ask open-ended questions. “So-and-so listed you on their rental application as a reference. How do you know them?” Friends say they’ve known them for years. References say something like, “I’m their boss.”

If you need further convincing, you can check out this article from Huffington Post. A property manager who took a tenant at their word ended up with a ruined apartment, very angry landlord and damaged reputation. “I learned that it only takes one bad tenant to ruin a rental business,” Janet said in the article (not her real name), “and the best way to deal with a bad tenant is to make sure they never move in.”

Cash upfront sounds good to a lot of people, who may be tempted by the money and forgo a credit check. (The scheme typically starts when the tenant insists she needs to move in quickly, and offers multiple months’ worth of rent in cash as long as they can move in immediately.) Other times, a polished, well-spoken person may be able to convince a landlord to let them move in right away regardless, trusting that their professional image will be enough of a credit check. But it’s a recipe for disaster, as the following 2014 case from California shows. A professionally dressed woman with impeccable (falsified) rental history managed to cheat several landlords in high-end areas out of thousands of dollars in rent by writing bad checks, and then living in the house rent-free during the eviction process.

It’s important to remember that cash, even lots of it, is never a replacement for a credit check (performed by you, of course). Just because someone has money now does not mean they’re going to have it halfway through the lease. And in Massachusetts, it’s illegal to accept more than a security deposit, first and last months’ rent and the cost of a new lock and key. You can avoid this particular rental scam by always performing a credit check on your own, and avoid trouble with the law by refusing extra rent.

This one isn’t technically a rental scam, but it is a way that scammers can take advantage of a landlord who isn’t paying attention. There are lots of articles on the free rent trick already, but essentially, dishonest tenants report violations of the sanitary code, get an inspection, and stop paying rent while the court decides what needs to be done. The longer they can put off letting the landlord do the court-ordered repairs, the longer they can live rent-free. Yes, in the end, back rent in some amount may be ordered, but if the tenant receives any kind of public assistance, they can avoid ever paying it. Even if they’re evicted, they can just move on to another landlord.

The way to get around this one is also pretty straightforward. A MassLandlords video with Executive Director Doug Quattrochi describes how to avoid the free rent scam in detail and is worth the half hour investment to view in its entirety. A few key points include: First, have your tenants sign a conditions statement upon move-in. This prevents them from claiming the damages have existed from the beginning. Second, make sure you’re up to date on what the sanitary code in Massachusetts requires (it’s changing this year), and keep your rental units in good standing. If nonpayment is a concern, you may want to avoid going to court specifically for that, and as always, consult with an attorney before moving forward. There has been a push to mandate that rent be paid into escrow during the investigation/repair process, but so far, no law exists to guarantee the landlord will get the rent that’s owed when all is said and done.

MassLandlords is collecting information on use and occupancy motions through a survey that went live earlier this month. If you as a landlord do wind up in court over this issue, we would love to hear about the outcome from your case, which could help other landlords in the future.

Unfortunately, some rental scams are completely out of a property owner’s control, and may only be avoided when outside people perform due diligence. Take the case of MassLandlords Executive Director Doug Quattrochi, who got a call from a landscaper asking whether he really wanted some shrubbery taken out of the yard. Quattrochi, who had no intentions of removing his rhododendron, learned the landscaper had been asked to remove the plant and send the overage from a bank check back to the thief. Had he done so, the thief’s bank check would later bounce, while the contractor’s partial refund cleared, leaving the scammer with money in his pocket. Quattrochi was saved from coming home to a hole in his yard only because the landscaper took time to track down his contact information before starting the job.

There’s also no way for you to keep your rental from winding up as fodder for scammers, who can easily create an ad listing your address and asking people to wire money to hold the place for them. But there is a way that you can help potential tenants weed you out from the fakes, and that’s by becoming a certified landlord through MassLandlords.

Landlord certification won’t stop scammers from stealing your pictures and it won’t stop them from asking people to pay for a place that was never theirs to rent out (and may not even be available, if you’ve already got a tenant). But by becoming a certified landlord through MassLandlords, you’re agreeing to operate as a landlord at a certain level, committing to keep current on legislature and use MassLandlords “best practices.” Depending on the level that you choose (there are three, with the last two levels scheduled to roll out by January 2020), you are also agreeing to take continuing education classes. By registering, it means that potential tenants can search for you, and ask you if you’re the one actually renting out the apartment that someone is asking them to wire money to hold. It makes you look good, and it just may save someone from needlessly parting with their hard-earned cash.

In closing, most rental scams can be avoided by a savvy landlord who knows the law and knows how to do his due diligence. Of course, there are new rental scams popping up constantly, so it also helps to pay attention to what’s going on with other landlords in your area (if you aren’t already on the MassLandlords message boards, they’re a great resource). Keep your eyes open and your head up, and you’re already ahead of the game.

Want to be sure something is legit?

Members can ask advice on a variety of real estate message boards related to landlording in Massachusetts.