Pittsburgh owner Jerry Lynn made national news in June when his DIY plight was aired on NPR’s “Wait Wait, Don’t Tell Me.” The story was originally reported by KDKA Pittsburgh, which we found via WNEP16. 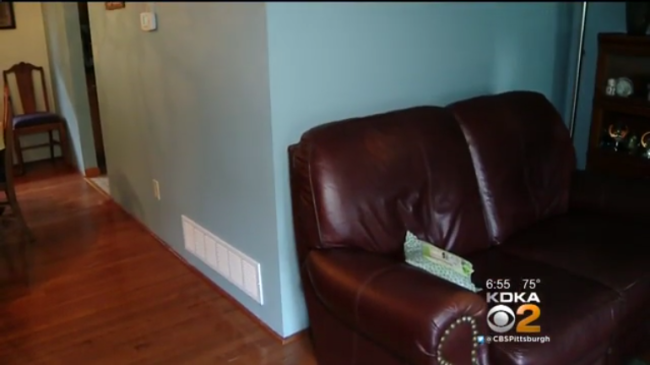 Watch the video from KDKA at http://9nl.org/cbslocal-2017alarmclock

Lynn wanted to know where to drill a hole to run a coaxial cable. He set an alarm clock to go off in ten minutes, tied it to a string, and lowered it into the wall from an upstairs vent. He intended to listen for the alarm, drill adjacent to it, and dodge the vent.

The alarm clock landed out of site and out of reach at the bottom of the vent shaft.

The clock dropped in September 2004 and has been ringing daily since. Modern electronics use very little power. The battery has yet to die.

Presumably, the cost of entering the wall and the vent outweigh the delight of scaring guests with the sudden alarm. It goes off at 7:50 pm during daylight savings time (6:50 pm in the winter).

It is not known whether Lynn was able to run the coax.