Blog » Can I Vape or Smoke Weed (Marijuana) in my Apartment?

Following the passage of Question 4 on the Massachusetts ballot this past November, tenants everywhere want to know, "Can I vape or smoke weed (marijuana) in my apartment?" And the more industrious ones also want to know if they can be growing marijuana or a plant. This in-depth guide gives the answers.

Is Weed Legal in Massachusetts?

In Massachusetts, starting December 15, 2016, marijuana will be legal to use for recreation. The text of the law can be read here (or click the image): 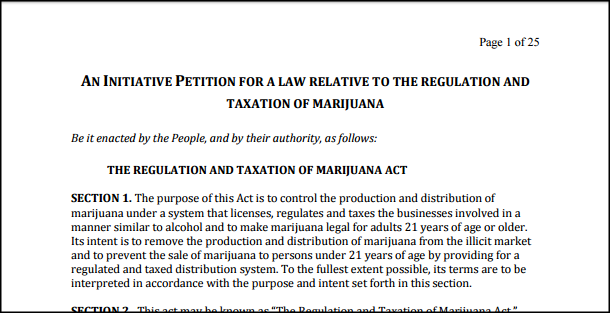 Note that smoking for recreation is different from medical marijuana, explained below.

The law establishes that anyone over the age of 21 can smoke, vape, or eat their preferred variety of pot or hash subject to regulation. The "cannabis control commission" will regulate businesses that sell marijuana, and the "cannabis advisory board" will advise the commission. There's a 3.75% tax on marijuana. And landlords still have the ability to set rules.

The Major Restrictions on Weed in Massachusetts

The new Massachusetts recreational law says, even though it is now legal, you may not do any of the following:

Many of these restrictions come from the fact that the United States federal government thinks weed is more dangerous than cocaine. On the list of dangerous drugs, you can see that marijuana is a Schedule I drug with "no medical use" and "high potential for abuse".

Their drug priorities are backwards, but congress never said they'd do a good job, did they?

If you bring weed into a federal facility, like a federal court, or in contact with a federal agent, like TSA at the airport, you can still be arrested or whatever the penalty is. This law applies to Massachusetts only!

Which other states is marijuana legal in? See the list of states. 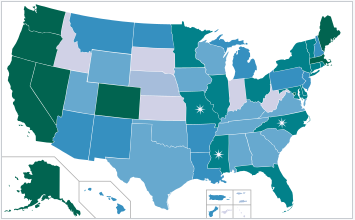 Under the new Massachusetts marijuana law, you can have marijuana for recreation, and there cannot be any penalty for it, as long as you do the following:

What can Massachusetts Landlords do?

Section 2(d)1 of the law says landlords can prohibit or regulate the "consumption, display, production, processing, manufacture or sale of marijuana and marijuana accessories" on or in property they own or manage.

This means if the landlord doesn't want it, they can say "no." There is one exception:

This means even if the landlord says "no smoking," you can't smoke or vape, but you can still eat hash or use concentrate. Be very careful! There are two exceptions to this freedom.

Three Reasons Why Landlords Might Lawfully Say "No Marijuana"

First, Section 8 is paid for by the government, and marijuana is illegal federally. Your Section 8 lease says you can't use drugs that are illegal federally. If you get in trouble for having weed on the property, you could lose your apartment or your subsidy, or both. Don't risk it! Smoke, vape, or eat away from the property, like in a park, and don't bother your neighbors at all.

Second, "civil asset forfeiture" allows the federal government to seize any property they suspect being involved in criminal activity. If they think your house is a source of marijuana, which is illegal in their eyes, they can take the whole house. The landlord might prohibit all marijuana out of fear of this federal persecution. If they do, respect their wishes and smoke, vape or eat away from the property.

MassLandlords Worcester recently had a cannabis expert present to a group of landlords and tell them how to grow marijuana plants so they would know. There's a free video online about the mold and fire risks of marijuana.

Landlords can say they don't want you growing at all in your apartment. The law gives you the right to eat marijuana in a rented space, but that's all! Don't attempt to create a grow operation anywhere. Save up and buy your own place, and you'll be free to do what you like.

What Can Massachusetts Tenants Do?

You can use marijuana in non-smoking form (eat, rub, etc.) in a rented apartment. If you have a smoking apartment, you can also smoke or vape marijuana. Always check your rental agreement to make sure you understand the restrictions.

Note: the legislature may amend or change portions of the law. Medical marijuana users are subject to a different set of laws. This article was accurate as of December 13, 2016. When in doubt, contact an attorney.

7 Responses to Can I Vape or Smoke Weed (Marijuana) in my Apartment?