Attorney Stuart Schrier presented at MassLandlords Cambridge on June 18, 2019 to discuss the Tenant Protection Act, 191-H3924-HD1100, aka the rent control bill. This is a summary of that conversation. Any errors are MassLandlords’ own. 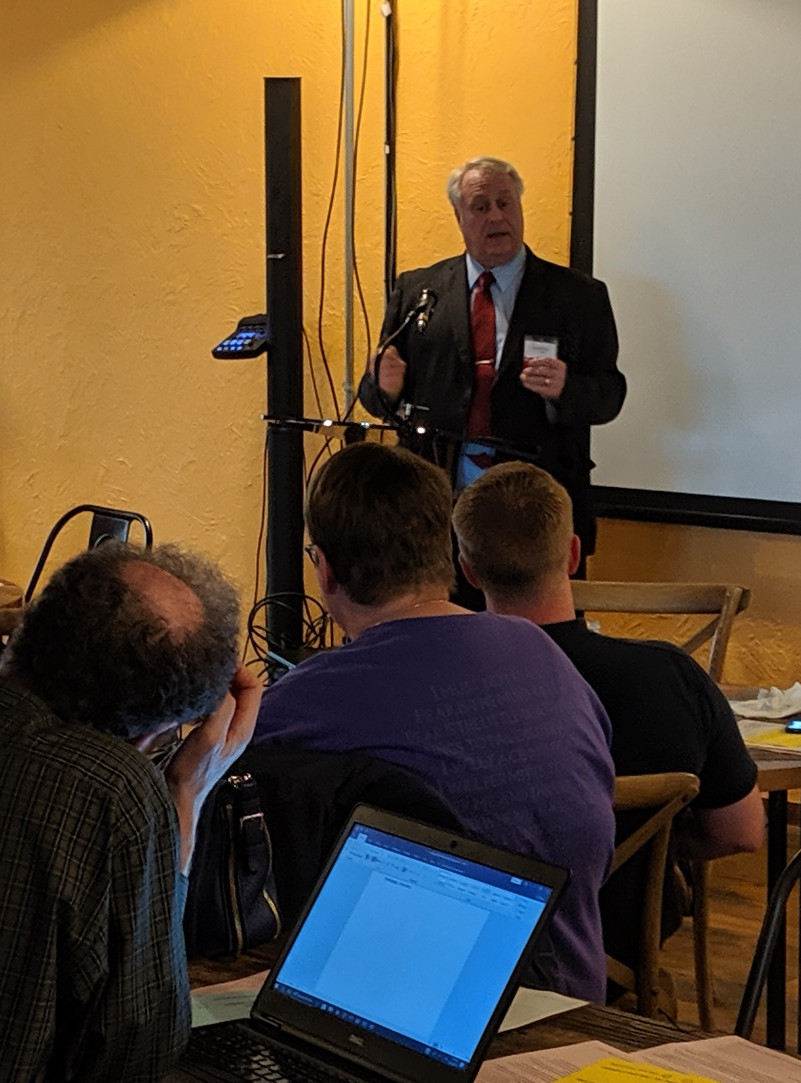 Attorney Schrier started his talk by drawing an analogy with the high cost of healthcare, which like housing is essential. The Affordable Care Act did many things, but didn’t really address the costs of healthcare. Similarly, the current housing policy proposals do many things, but ultimately fail to address the costs of housing. In real estate, the cost of housing is determined by the cost of new buildings and new units. This includes rates for plumbers, cost and availability of permits, and delays associated with uncertain zoning and variances, among other things.

Rent control does not address the costs of housing. In its implementation and outcome, rent control ends up being really unfair. Attorney Schrier said that rent control will not hurt large owners. Such owners are already getting top rents, and have leases to protect themselves with automatic rent increases, and sharp penalties for overstaying a lease term.

Any rent control bill that aimed to undo contracts like these could immediately become the subject of a federal lawsuit. Article I, Section 10, Clause 1 of the US Constitution prohibits states from impairing the obligation of contracts. Nevertheless, that doesn’t stop renter advocates from trying.

The Massachusetts Rent Control Prohibit Act defines rent control as any regulation that requires below market rents. No rent control of any kind is allowed under 40P. All forms are preempted.

The comprehensive coverage of Chapter 40P is why the Tenant Protection Act has to shred 40P and throw it aside. They need this chapter gone. So that’s what this bill will do.

Note that similar minds are behind the Tenant Protection Act as were behind the Jim Brooks Just Cause Eviction bill last session. This bill was easy to destroy last session because attorneys as debt collectors cannot copy the city on notices. There are state and federal laws about this. State law cannot force someone to break another law, especially not a federal law. The Jim Brooks Act was soundly defeated.
So the Tenant Protection Act, 191-H3924-HD1100, is their response. It’s an emergency law that goes into effect immediately. There are 20 cosponsors. The bill says take Chapter 40P, and strike Sections 1- 5.

Attorney Schrier paused the discussion on the bill text to provide some more context.

First, remember that there are more tenants than landlords. Under majority rule, landlords will be outvoted every time.

Second, note that it’s easy for the renter advocates to be kind to renters when it’s other people’s money they’re spending, without regard to what that does to landlord finances. The Tenant Protection Act aims to provide a fair return, but if rents are limited without regard to hours worked, the act seems likely to violate the minimum wage law.

Third, Attorney Schrier pointed out that landlords perform unrecognized acts of charity regularly. From providing furniture to a new renter to giving someone a 30-day grace period to navigate loss of a job, landlords pick the renters with whom they will be charitable.

The Tenant Protection Act relies on landlords turning out in smaller numbers than renters, relies on landlords being able to pay for the social burden of high housing, and forces us to distribute our charity without regard to merit or ability. To ensure compliance, it requires a $5,000 fine for violations.

2.) Local Option for Just Cause Eviction

The second section brings back the Jim Brooks Just Cause Eviction bill. Attorney Schrier invited the audience to remember that the worse the tenant is, the harder it is to get a witness to testify against them. This is why the really bad tenants are evicted “no fault,” at the natural expiration of their rental agreement.

Attorney Schrier shared a personal anecdote of one renter threatening personal violence against him. The renter said, “If you evict me, this will be the last eviction you ever do.” Sadly these stories carry no weight among advocates of Just Cause Eviction, although they should.

The Act in this sense is trying to appease Boston, who in some measure want Just Cause Eviction. The Act also mandates a payment of three months’ rent for relocation assistance.

Attorney Schrier described this section with an example. “Imagine someone didn’t pay their mortgage for ten years. Now they’re your tenant because you bought the house.” The Act makes it difficult to remove such a renter.

Buyers of foreclosures may be exempt: If the buyer is a natural person and owns fewer than six units in that town, they would be exempt from the Act’s foreclosure protection. Trusts wouldn’t be exempt.

Under the Act, the town must receive copy of any notice. Attorney Schrier commented that this section violates federal fair debt collection practices.

Attorney Schrier described this section as the worst part of the bill.
Imagine a landlord smells rent control coming, so they raise the rent now. If the Act were to pass, rents would be rolled back to rent 12 months before, to try to undo preemptive rent raises.

There is no consideration in the bill for properties that were renovated in the interval. So you might have put $100,000 into a unit, and re-rented it brand new to a new renter, who would then be entitled under the law to pay pre-renovation prices. This again would be an Article I lawsuit.

The Act establishes the ability to define anti-displacement zones. The immediate impact of this section is not clear, as the powers are not defined.

Suffice it to say, the intent of the act is to protect people considered the “fabric of neighborhood,” although the implementation is not decided.

Attorney Schrier asked the audience, “Who would give the keys without move-in monies? Well the answer will be everyone, if the bill passes.” The Act requires landlords to permit payment of move-in monies over the first six months of the lease.

Although a separate bill, Attorney Schrier commented also on the various proposals for a taxpayer funded attorney.

Attorney Schrier said, “I don’t personally object so much to a taxpayer funded attorney, but this bill disgusts me.”

He pointed out that the right to counsel would apply to all evictions, including Section 239 evictions and Section 139 cause evictions, which cover gang violence, drugs, guns, and more serious offenses. Under all forms of right to counsel being proposed, the likes of Dzhokhar Tsarnaev would be covered!

Attorney Schrier wanted the audience to know he wasn’t heartless. “There’s no crime in being poor. I can work with that. I can’t work with bad people.”

Ultimately, that’s the major difference between renter advocates’ proposals and good housing policy. The renter advocates act as if every renter was good, and every landlord was bad. Life is not so black and white.

Attorney Schrier ended his remarks with a public service message about the recently decided Hatcher case. Landlords must remember that we can no longer file evictions in the name of a manager. We must only bring our case in the name of the owner or the lessor. If we are not either of those, we must hire an attorney.

Help us Prevent the Return of Rent Control.