Blog » A “How To” for Better Tenant Screening

We recently tracked the process of renting out two vacancies in a Worcester three-decker. The results show that this one landlord, at least, could do their tenant screening better. Below we share the statistics on their rental process in the hope that the case study will shed some light on your own business.

The Worcester three-decker is owner-occupied. One apartment was almost completely modern and the other was somewhat antiquated. Both had been priced barely below market and within the payment standards for Section 8. 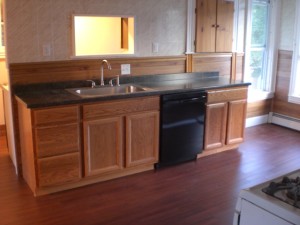 The landlord has a history of compliance with all fair housing laws. For this owner-occupied property, the landlord was concerned that tenants would follow house rules, especially quiet hours and a no-smoking policy for the entire property (even outside). The landlord had an additional preference not to accept dogs on account of possible noise and yard filth. These concerns stacked on top of the basic concern that tenants would be able to pay. First and security were required to move-in. Tenants were evaluated using our applicant qualifier. 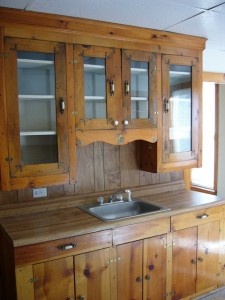 The only advertisement for the vacancies was done with craigslist posts, following our advice. The ad clearly directed tenants to call a cell phone, and the landlord took the calls more or less as they arrived. If the call was not picked up the call went to voicemail. Prospective tenants could also email.

The landlord's process required an initial phone screen. Whether tenants emailed or called, the landlord used our phone screening prompt sheet to find out basic information.

Tenants who completed a rental application were scored on our applicant qualifier. Low-scoring tenants were notified of the deficiency and had at least one opportunity to correct it by providing additional information.

The figure below shows this landlord's data. 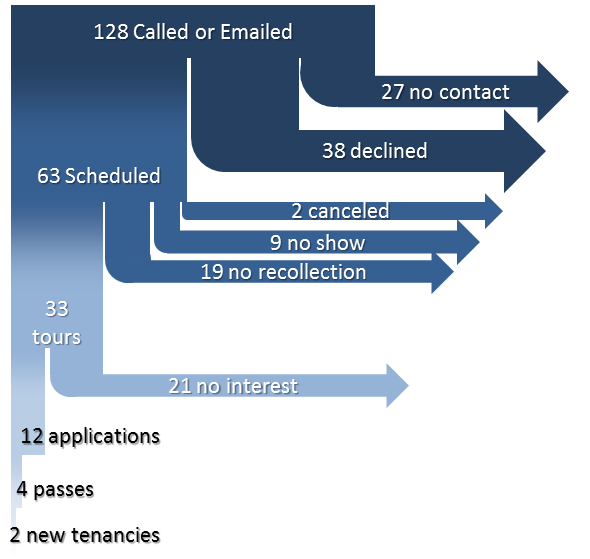 Flowchart of the tenant screening process for a Worcester, MA case study.

128 households called or emailed the landlord inquiring about the apartment. Here is where the drop-off begins:

Renting an apartment is a significant time sink. (This is why realtors often claim one month's rent as their fee.)

As this landlord found out, it's very important to answer the phone when it rings and to reply to emails promptly. Approximately 20% of first contacts went flat, meaning that the tenant was initially interested in the apartment, reached out, and then found a more promising apartment before the landlord returned their call. The number one biggest cause of early rejection would seem to be the tenants rejecting the landlord for being unavailable or not returning calls quickly enough.

Another significant time sink was the number of tenants who were not prepared to rent this apartment. The two biggest causes of rejection at the phone screen stage were ignoring the "no smoking" part of the ad (13% of callers) or being unprepared to take on the financial responsibility (11% of callers). The landlord rejected nearly a quarter of all applicants over the phone.

The landlord's ad said, "This is a no-smoking property." All smokers who called about the apartment admitted that they smoked but offered not to smoke inside the apartment. The landlord wanted no smoking anywhere at all (not on the porch, in the lawn, or anywhere near any windows). The landlord also believed that in the winter, when temperatures dropped, smokers were likely to break their promise not to smoke inside. This didn't make the landlord any new friends, but all smokers were told they were better off renting elsewhere.

This landlord observed that tenants receiving public assistance made this fact known during the phone screen. Tenants routinely asked "Do you accept Section 8?" Presumably there are some other landlords who say no, otherwise why would a tenant ask? The law prohibits the landlord from refusing to take Section 8. A landlord cannot discriminate on the basis of receiving public assistance.

Did this landlord turn away any Section 8 tenants? Absolutely. Almost all of the tenants unable to meet the financial requirements had Section 8. Section 8 does not pay for security deposits, and it does not require a landlord to relax their application standards. So tenants without a security deposit or without adequate income could not qualify for the apartment.

(Note: This landlord used the correct way to calculate a Section 8 tenant's income ratio. Divide the applicant's income by their share of the rent. Section 8 screening is actually very complicated and will be discussed in another article.)

1. Try open houses as a way to meet more tenants in less time.

This landlord gave somewhere between 21 and 40 tours (they don't have accurate notes on no-shows). This one-on-one probably was more costly than it needed to be. If they had instead scheduled open houses (aka, group tours), they would have reduced the impact of no-shows and the total time spent showing the apartment.

2. Respond to calls and emails on the same day, before a tenant forgets your apartment ever existed.

As noted above, almost a quarter of this landlord's leads went cold in the very first contact.

3. Continue using phone screens as a way to gain information early and save time.

The chart above shows that roughly a quarter of callers could be screened away for obvious non-starters. This saved time for all concerned.

4. Do not bother showing an apartment unless it is rent-ready.

Although we didn't discuss it above, this landlord had not finished painting when the second apartment was first being shown. This likely left all the earliest, most proactive tenants with a feeling that the apartment was not ready or not good enough. This renovation work combined with the landlord's difficult behavioral criteria likely contributed to the extra month's vacancy experienced (the June 1st start date).

5. Continue to engage in dialog over application completeness and objective point scoring.

One thing the landlord did very well was to engage in dialog about the application process. Although only 4 applications received passing scores, none of them passed on first glance. All 12 applications required additional supporting materials, like pay stubs, bank statements, or doctor's notes. All applicants were given the chance to provide this information. This dialog sharply reduced the chance that the landlord would be found non-compliant with fair housing laws. Most importantly, it turned some dud applications into passing scores.

The ideal situation would have been this: one tenant called, passed the phone screen, loved the apartment, applied, got approved, and gave the landlord their move-in money. One call, 100% conversion. Easy!

In reality, the actual conversion rates at each step were far less.

As stated above, the 21% of "no contact" were missed calls that the landlord should have been on top of. Of the remaining, roughly five tours were scheduled for every three households rejected. Another way of saying the same thing: five tours were scheduled for every eight calls. This means that if the landlord had not missed those 26 calls, they would have had another (5 divided by 8) times (26) = 16 tours. This would have increased their schedule rate from 49% to 61%.

If the landlord had not missed as many calls...

Landlords with offices sometimes do not do any phone screens whatsoever. They require the prospective tenant to show up and complete a questionnaire. This is fine as long as the questionnaire encourages honest answers. This landlord did not have an office.

Phone screens and questionnaires can be really distracting. The landlord found phone screens difficult, especially when the craigslist ad was refreshed and a wave of new calls began. But they were far less wasteful than giving a tour and processing a full rental application for all 128 callers. Every time this landlord excluded a prospective tenant up-front, it saved both them and the prospective tenant valuable time.

The landlord scheduled 63 tours. Consider these tenants the new "100%". The landlord didn't keep records for 30% of them. They might have taken a tour, they might not.

Drop-offs at the "tour" part of the process.

It looks like there were roughly three times as many tours as there were no-shows and cancellations. Said another way, three out of every four tours actually took place. We've redrawn this step in the process to attempt to correct for the lack of data. We think probably 75% of the "no recollection" candidates actually did take tours, or 14 households, and the remaining 5 probably failed to show.

The percent of tours actually given is probably more like this.

This landlord owner-occupied the building, so a no-show was not a big deal for them. But for any other landlord or for a realtor, no-shows would have been a huge waste of time. All the time spent driving there and back would be utterly wasted. Some of the 63 tours might have been combined into "open house" events as a time saving measure. It probably would not have increased the number of tenants who applied for the apartment. (If we get data on it, we will post it.)

If it's true that 75% of scheduled tours did take place, then there would have been 47 tours. But since this doesn't change the number of applications received (12), we now find another problem. Almost three-quarters of all tours did not result in an application.

The percent of tours that apply may be too low.

This ratio may compare with what you find in your own business. Every apartment is unique and not all apartments are appealing to all households. But the advice for this landlord is clear: make sure the apartments appear to be good value.

The image of apartment #2's kitchen (at the top of this article) shows old cabinets and a small sink. We also know that apartment #2 was still being painted. It's possible that the landlord could have increased this application ratio if this unit had been rent-ready during tours.

This would have given the landlord at least another three applications, and very likely one of them would have been qualified. Maybe that one would have taken the apartment for May 1 instead of June 1. We can't say for sure. But more applications for no additional cost sounds worthwhile to us.

The revised process with increased numbers: 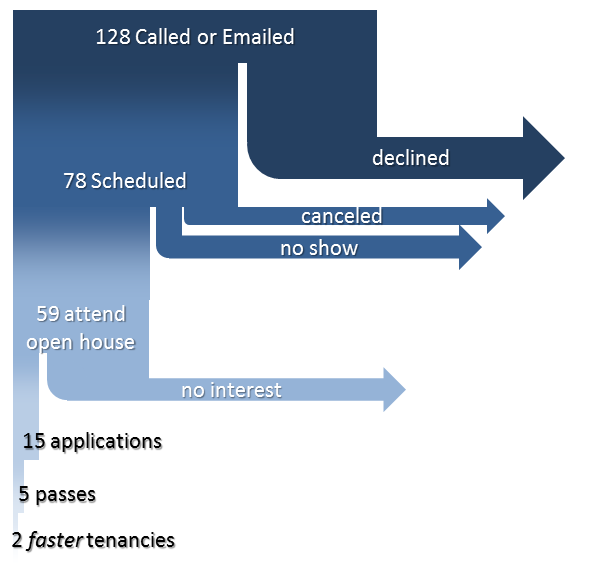 So those are our recommendations for better tenant screening. Overall, this landlord used a rigorous process and made good use of our forms.

Was this insightful? Let us know in the comments below!

One Response to A “How To” for Better Tenant Screening