The tenant right of first refusal proposed by Representative Provost in H.3017 and discussed in Cambridge and Somerville is similar to Washington D.C.’s 1980 “Tenant Opportunity to Purchase Act” (TOPA), but corrects several issues and creates additional challenges. 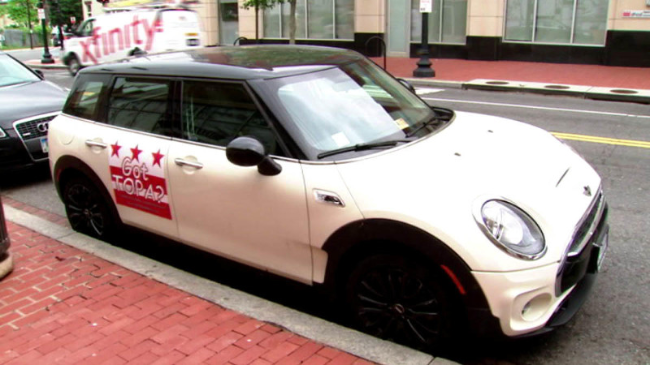 The Washington D.C. act is the intellectual ancestor of H.3017 and similar proposals. It aims to prevent displacement by giving residents notice and right to purchase the building they rent prior to its sale.

TOPA contemplates any sale of a rented property, or any notice to vacate for the purpose of demolition of discontinuance of housing use. Prior to any sale or similar notices, the owner must make a bona fide offer of sale to the tenants therein.

The owner has the obligation to prove that an offer is bona fide. Any tenant organization (which may be incorporated specifically for this purpose) may request an appraisal, the selection of which will be up to the tenant organization and owner jointly, or to the mayor solely. The cost of the appraisal will be borne one-third by the tenants and two-thirds by the owner.

An owner who finds the appraisal unsatisfactory may withdraw the offer, but is then barred from transferring title and interest to anyone for a period of three months thereafter.

For the purpose of TOPA, the sale of stock or units in a corporation, trust, or other entity that holds the real estate as its sole or principal asset would also be subject to the right of first refusal.

There are thirteen TOPA exemptions: transfers for the sake of charity; sales between close family (between spouses, siblings, or domestic partners, between parent-child and grandparent-grandchild); publicly traded companies that listed the property in a filing prior to 1994; tax foreclosure sales; mortgages and release of liens; bankruptcy; change of form of entity; transfer of interest for the sake of taking on additional business partners; putting the property into a revocable trust for yourself without payment from the trust; transfer from said trust to another beneficiary upon the grantor’s death; government property; transfers pursuant to court order; eminent domain.

At original passage, TOPA specifically addressed “The Woodward Building” at 733 15th Street, Washington D.C., and “H Street Associates, LLP”. Similar write-in’s have been added since. A subsequently named, unrelated defendant in a TOPA-related lawsuit tried to have TOPA struck down as a “bill of attainder.” Under the Constitution, it is unlawful for legislation to name any individual or corporation for the purpose of restricting property rights or working around due process.

The Superior Court of the District of Columbia declined to consider the constitutional argument, as the earlier version of TOPA had not listed the defendant specifically, and he had not complied with generic wording enacted previously. Technicalities aside, it suffices to say that TOPA itself contains the proof of its adversarial origins.
TOPA allows tenants to sell their right to purchase for money or other consideration. Tenants may not waive their right to receive notice, but they may waive the right to purchase in exchange for money or other consideration. Either the buyer or seller may therefore be induced to pay the tenant.

The timeline set by TOPA is indefinitely extendable under certain circumstances, including delays with appraisals, financing, or negotiation. For single families, the minimum negotiation period is 60 days. For five units and up, the minimum negotiation time is 120 days. If 180 days from notice of offer the property still has not been sold, the timer resets and a new notice must be issued from the beginning. There are expedited processes if the owner chooses to form their own cooperative and sell directly to the tenants.

The text proposed by Provost in H.3017 was 525 words, substantially pithier than TOPA’s 7,646 words. It was not known at time of writing how detailed the Somerville proposal would be.

If a city or town enacted the tenant right of first refusal proposed by H.3017, it would apply only to the sale of buildings with three-units where the owner did not occupy, or to buildings with four or more units regardless of owner occupancy.

Unlike TOPA, H.3017 required the owner to first obtain a market bid. Once a purchase and sale was signed, the owner would then offer that same price to the tenants. The tenants would have 45 days to provide a good faith payment of 5% down, and then up to a maximum of 120 days total to secure financing and close.
H.3017 allowed tenants to transfer their right of first refusal. But unlike TOPA, this was not open-ended. Specifically, the right could be transferred only to an owner’s cooperative, community development corporation, land trust, non-profit, or limited-equity cooperative. Of these, only the last is a for-profit entity, and profit would be regulated by the municipality.

Municipalities would be authorized to create housing trust funds from which loans could be issued to facilitate transfers.

There were expedited timelines for owners willing to create their own cooperative and sell the interest to their tenants directly.

In late 2017 the I-Team investigated D.C.’s TOPA and found the rights to be very valuable.

One seller offered a tenant $10,000 to waive their right of first refusal. The tenant got a better deal from the buyer, who paid more to purchase their right. Continued residency was evidently no factor in the tenant’s decision.

Colin Johnson, DC Realtors Association President, said he had seen payouts as large as $50,000 to $100,000 for single family TOPA rights.

TOPA does not define what counts as a renter. Under existing D.C. frameworks, this means a TOPA rightsholder need not be named on the lease. A live-in significant other, healthcare worker, summer subletter, or other resident authorized by the renter but unauthorized by the owner could have the right of first refusal.

In order to keep prior tenants from alleging they were forced out of their right, some sellers have preemptively offered payout waivers to past tenants.

Andrew McGuire, a D.C. attorney who has made a full-time practice of “TOPA chasing,” suggests that the market for brokering TOPA rights might be $100 M/yr and is largely untapped.

The I-Team report led with one city councilor who wanted to fix TOPA. Overall, the report strongly suggests that TOPA does not promote increased residency or decreased displacement.

One Response to Tenant Right of First Refusal: Details of MA Proposal, Comparison with DC TOPA