Blog » Questions and Answers for June 2016

Adapted from our Message Boards, where members can ask questions and get answers. Practicing landlords and service providers answer questions, and we combine the best answers into one here.

Q: What would happen during a recession with Section 8 payments? Does the government still pay? What happened in 2008/9? What happens if whoever is in office tries to remove some of these programs? Is that even a possibility?

Could the programs be ended? Maybe. First, landlords who sign a Section 8 tenant have a contract with the government. Those contracts would either have to be bought out or allowed to expire.

If the 2016 election is a concern, consider this: whoever becomes president still has to deal with Congress and the various agencies governing housing. We don't anticipate the Section 8 programs being gutted. Too many families receiving subsidies, along with the other industries that touch the housing programs, would be directly affected.

Will the government always pay? Eventually.

The HAP Contract also specifies, Part B, section 7(a)3, "PHA Payment to Owner",

the PHA shall not be obligated to pay any late payment penalty if HUD determines that late payment by the PHA is due to factors beyond the PHA's control.

During the government shut-down scare, it was discussed how these clauses might play out. The gist: landlords would have to provide housing without HAP cash flow for the duration of the shut-down (read: interest-free loan).

The question then becomes what happens at a property that relies materially on subsidy payments. Would banks loan against the government obligation? If not, and if the company declares bankruptcy or suffers other harm due to cash flow shortage, does the company have standing to sue the government for that loss?

A prolonged shut-down would be a horrendous legal mess, not just for the government and for landlords, but also for the hundreds of thousands in MA (millions nationwide) who rely on subsidies. There would be extreme political pressure to fix it. Most landlords therefore view the Section 8 payment as guaranteed.

Puerto Rico has recently been in the news as it defaults. Check your MRVP contracts. If Massachusetts were to default, probably similar language would play into their housing assistance payments. Section 8 is federally funded, but the Commonwealth funds MRVP, HomeBASE, and RAFT. Massachusetts would probably receive bankruptcy protection and have the claims of its creditors (including landlords) erased or marked down. We're talking unlikely probabilities, but we might infer that state payments are riskier than federal payments.

Massachusetts bans discrimination on the basis of receiving public assistance. We haven’t heard of any case law that says a landlord who knows about these legal minutiae can refuse to sign the HAP contract or related terms.

Q: How the heck do you get rid of bamboo?

Bamboo and other invasive plants like Japanese Knotweed can be extremely difficult to get rid of. Usually it takes five or more applications of Round-up or other weed killer to get rid of it. One landlord recommended a 28% solution of Isopropylamine salt of Imazapyr (brand name, Total Vegetation Control, not legal in California).

The best advice is to hire an exterminator or other licensed lawn care specialist to do these applications for you. Timing matters, as after flowering the plants may absorb more poison than at other times. 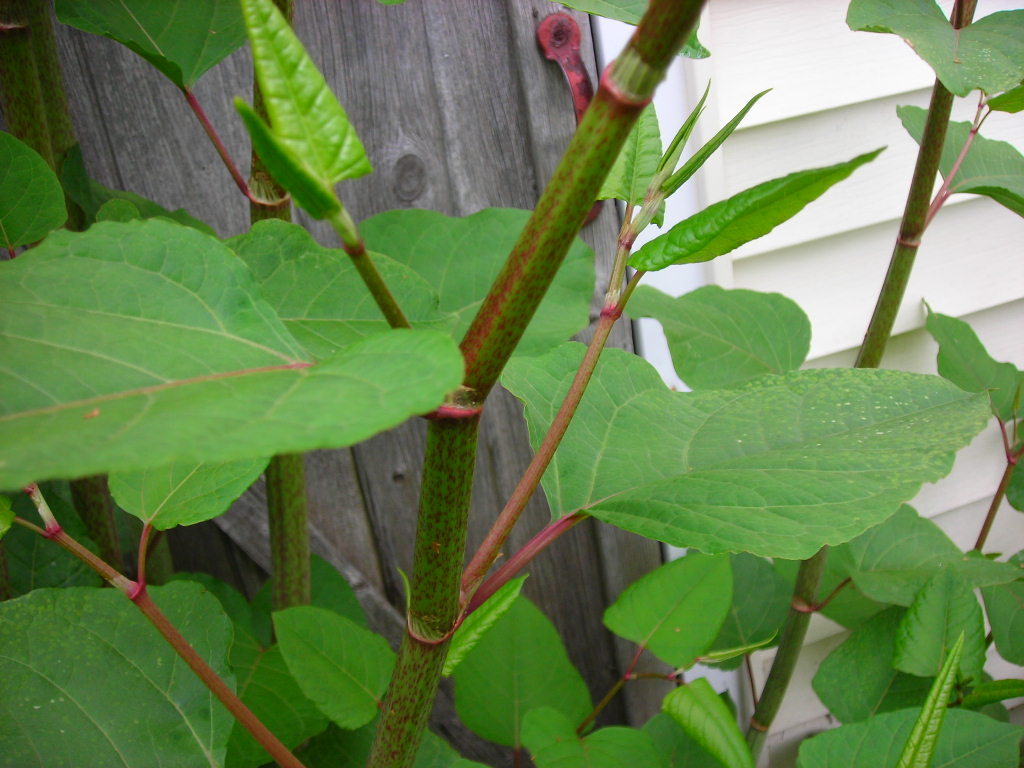 If you don’t trust chemicals, diligent mowing, pruning and plucking of new shoots will get rid of it eventually, in three to four years. The same is true of other invasive species, like the vine oriental bittersweet. The plant will store energy in its roots and use that to send up new shoots and leaves. If you can eliminate shoots and leaves faster than it can store sunlight as energy, you will eventually deplete it. Persistence always wins.