"Rent escrow" is the buzzword given to a class of solutions that would prevent the so-called "free rent trick." In a nutshell, a financially insolvent tenant can live in an apartment rent-free by manufacturing habitability claims, thereby dragging out an eviction for several months. Mandatory rent escrow would separate legitimate habitability claims from manufactured claims.

Landlords may escrow but under the current law, may have their request denied.

Until 1975, the law was clear. If tenants decided to withhold rent, they had to put it in escrow. When the Legislature amended the statute, judges gained discretion -- which some see as a good thing -- but litigants lost something equally important: predictability.

Nowadays, some judges will grant a landlord's motion for rent escrow, and others will not. This uncertainty breeds confusion and contention, in an area of law that already has plenty of both.

The issue has been hotly contested by landlords and tenant advocates. We'll be adding more to this page over time.

Attributes of a Good Reform

Sustain the Hammer of Rent Withholding

The current law provides tenants a defense to eviction: If the premises are unsafe or in disrepair, the tenant can safely withhold rent to get the attention of their otherwise inattentive landlord. The landlord should be paid only after faulty premises have been repaired. This aspect of the current law should be sustained.

The current law allows dishonest tenants who have fallen on hard times to manufacture defects in the rented premises in order to delay eviction proceedings. Judges order the premises to be brought back into code, which takes time, and tenants currently do not have to pay anything. Their economic woes can safely be hidden for a few months, while they exhaust their legal remedy in the eviction process. Then, they are finally evicted, and they move on. Although rare, this "free rent trick" casts a long shadow and makes many landlords fearful to approve marginal applicants. Reform should require a tenant to make good faith payments into escrow during the repair process, and thus suss out the "free rent trick" abusers.

Impose No Immediate Hardship on Tenants

Reform should require tenants to pay no more into court (or other depository) than they would pay in rent. Any new law should not set up a barrier to legitimate claims. If the tenant has had to pay out-of-pocket for repairs the landlord ought to have made, judges should have discretion to reduce this from the escrow amount.

Impose No Future Hardship on Tenants

Reform should require tenants to maintain the usual cash flow equation. When tenants fall behind in rent, it is often very difficult for them to catch up. After a months-long trial, the money may have been spent. Mandatory escrow is in some measure a forced savings plan. This benefits tenants even if their original claims of faulty premises are legitimate: the court will order escrow and thereby financial discipline, ensuring that the tenant will exit the process debt-free. One MassLandlords commentator said a reform bill could be called, "An Act Preventing Homelessness." Perhaps.

As stated above in the lengthy quote from Attorney Ward, reform should provide consistency so that landlords and tenants can know in advance what will happen at trial.

Many states have mandatory rent escrow. We will add to this list slowly as we find citations.

MassLandlords supports the language of 190 H.980, An Act Relative to Rent Escrow, as compromise text between tenant and landlord advocates.

Mandatory rent escrow eliminates the so-called "free rent trick," which we have written about extensively. 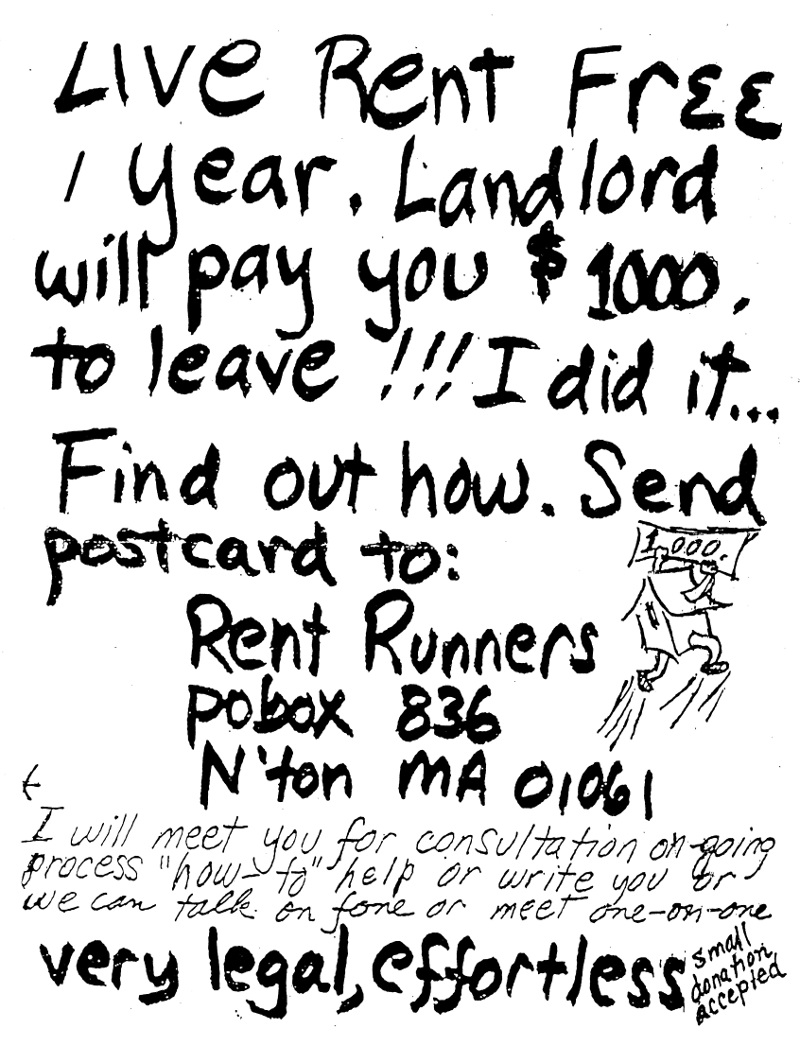