Landlords, take note: Changes are coming to 105 CMR 410 the Minimum Standards of Fitness for Human Habitation, e.g., the state sanitary code. These pending revisions follow a round of public commentary this September, and some could have a major impact on rental property owners in Massachusetts. From mold remediation to required kitchen appliances, the Massachusetts Department of Public Health (DPH) has proposed a number of additions to the existing sanitary code. 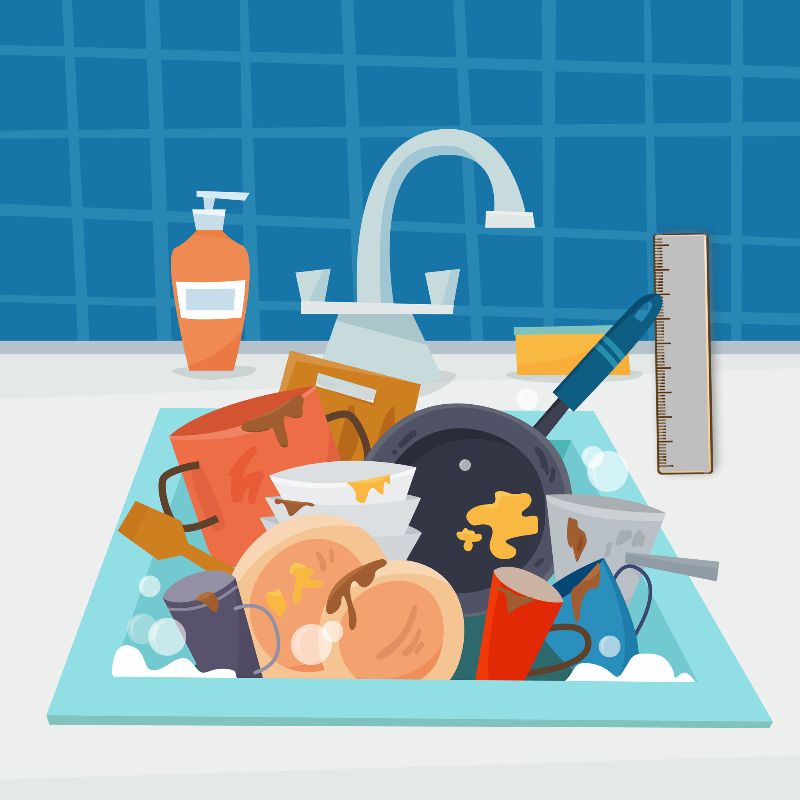 One proposed change to the state sanitary code would require a sink of sufficient size to wash dishes. Do you need to be able to wash a Thanksgiving roasting pan? How much sink is sufficient?

Under the current sanitary code, landlords are required to provide tenants with a kitchen that includes a countertop, sink (size undetermined) and a “conventional cook top/oven.” Anything else is optional, with the code simply requiring landlords to provide space and proper facilities for a refrigerator of unspecified size.

Following the public comment period, the sanitary code’s verbiage now mandates that landlords provide tenants with a fridge and freezer, for a combined storage area of 11 cubic feet. This is following public comment where people expressed concern that a landlord could install a dorm-sized fridge that would be insufficient for families’ needs. The new sanitary code wording also mandates that the sink provided be of “sufficient size and capacity for washing dishes.” This is relevant to all landlords, as there is no allowance for grandfathering when it comes to changes to the state sanitary code. If changes are passed, rental income property owners would be required to be in compliance immediately.

The new code’s language also prohibits landlords from removing any “optional” equipment until the unit in question has been vacated or a tenancy has been terminated. For example, if the unit is rented with a microwave installed, landlords cannot remove it during the current tenancy without replacing it.

Rental property owners are also required to provide a heating system that is capable of heating every habitable room and every room that has bathing or toilet facilities. Though it does not mandate this be central heating, the code does say that fireplaces, wood or pellet stoves, as well as portable electric space heaters, do not meet sanitary code requirements. This is despite letters urging lawmakers to reconsider.

“Excluding wood and pellet stoves from the definition of ‘a heating system’ will have serious impact on property owners in areas that are out of service range for natural gas,” attorney Peter Vickery wrote in a letter on behalf of MassLandlords. “Owners who purchased high-efficiency stoves that meet the EPA’s 2015 emission performance and emissions stands would be at a particular disadvantage.”

Vickery went on to say that the new language prohibiting or severely restricting the use of portable space heaters could affect cold-weather repairs.

“[This] would have a serious impact on landlords, who would have no compliant means of maintaining adequate heat during repairs necessitated by a heating-system failure,” he wrote. “Premises that otherwise might have been considered habitable will now be uninhabitable during the winter when it can take considerable time to restore the regular heating system.”

As a reminder, under Massachusetts law, a landlord must make sure the property is habitable at all times. If space heater use is not allowed to consider a rental unit habitable, finding alternate arrangements for tenants during repairs could add to costs considerably.

One of the biggest proposed sanitary code changes that garnered the most public feedback was mold prevention and remediation.

There is not much mention of mold in the state sanitary code as it reads now. In one place, additions to the verbiage would require inspectors to find the source of the problem if they notice “chronic dampness or presence of mold during an inspection.” This section, previously proposed as a “Mold Inspections” section, is now proposed as a “Chronic Dampness Inspections” section.

Chronic dampness is being defined as “the regular and/or periodic appearance of moisture or water, or evidence of such moisture or water as indicated by the presence of mold or other fungi. It later states that to be habitable, a dwelling unit must be free of said chronic dampness. And while the phrase “chronic dampness” already exists in the current sanitary code, letter writers were still compelled to comment on the proposed additions.

In a joint letter, representatives from Arise for Social Justice, The Mold Action Committee and Western Massachusetts Science for the People commended the DPH for several of its proposed changes, including one that states that chronic dampness, not mold, would render a residence unfit for habitation. This, the letter said, allows for landlords to be more proactive and fix damp conditions before mold can begin to grow. “[This] also protects against health effects from other dampness-associated issues such as allergens from dust mites and cockroaches,” they wrote.
However, the writers criticized the change that stated that environmental test results for mold would not constitute a sanitary code violation.

“High levels of mold can be present even when dampness is not detected,” the letter said, requesting that positive test results for mold be admissible as evidence against a dwelling’s habitability. The writers also requested that the term “chronic dampness” be further specified to include a timeframe after which a one-time water event or instance of acute dampness could be considered chronic.

MassLandlords did not have any commentary on the revisions to this section of the sanitary code in its letter. However, Executive Director Doug Quattrochi did comment for this article, focusing on mold testing.

“DPH are correct to eliminate environmental mold as a per se violation,” he said. “Positive tests for mold are meaningless unless they are higher than mold in the exterior environment and there’s a nexus between that species and the renter’s specific health problems.”

Notice to Enter and Inspections

Some proposed changes to the sanitary code would require landlords to provide 48 hours of notice before entering the rental unit, except for emergency repairs. MassLandlords has requested additional wording be added to allow for individual agreements between landlords and tenants about access.

“We wish to be clear that it would not be a violation of the code if a renter requests and agrees to have a landlord enter with less than 48 hours’ notice, e.g. immediately or within the hour,” Vickery wrote in the same letter on behalf of MassLandlords. He proposed the following verbiage be added in brackets: “An owner shall provide at least 48 hours’ notice to the occupant, except for emergency repairs for which no notice is required [and except for mutually agreed-upon appointments which may occur as agreed as soon as immediately].” This does not appear in any edits to the sanitary code so far.

There are also changes to the wording surrounding inspections and remediation of violations. Changes throughout this section of the state sanitary code allow for anonymous requests for inspection and further specify how long a landlord has to rectify problems. In section 410.830 (proposed renumbering to 410.640), major violations still require landlords/rental property owners to make a good faith effort to correct them within 24 hours, but timelines surrounding smaller issues have gotten more specific. For example, the Board of Health has seven calendar days following the inspection to issue the owner an order; the order can require the owner make a good-faith effort to correct the problem within 14 calendar days.

A full list of these violations can be found in section (2) of this ordinance, but one example that falls within this timeline would be failure to provide (or keep operable) kitchen sinks, refrigerators, stoves, washbasins, sinks, showers, or bathtubs, along with the electrical, plumbing, or heating systems. Section (3) states that the owner has 30 calendar days to rectify any issue not listed in 105 CMR 410.640(A)(1) or (2). These timeframes cannot be extended without a hearing.

As mentioned previously, MassLandlords has filed testimony in response to the Department of Public Health’s proposed changes for 105 CMR 410. In addition to the comments included in this article, the feedback thanks the DPH for reading our input in a previous round of comments in 2017, and reiterates points that we feel were missed or have newly arisen. You can find a copy of the full letter here (link goes to the general public commentary page, our letter is under MassLandlords).

The DPH has the option of finalizing the changes as they stand now, opening a third round of public commentary, or making further changes to the sanitary code. MassLandlords will continue to follow this issue and provide updates when the changes are finalized. For additional reading, please see our article on how some of the state sanitary code’s proposed changes will affect homeless shelters throughout the state.