In October 2021, MassLandlords sent a formal petition to Attorney General Maura Healey, asking for an amendment to the verbiage in 940 CMR 3.17, the state’s general regulations for landlord-tenant relationships. 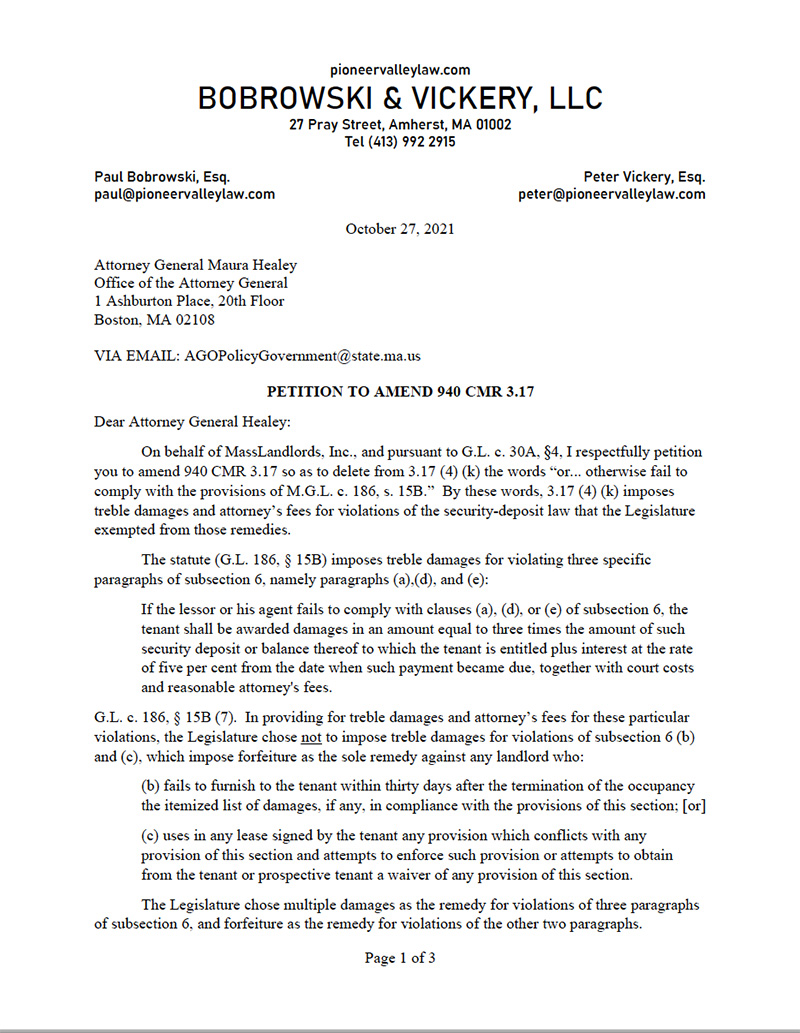 State regulations allow for any interested person to petition an agency and request any regulation be adopted, amended or repealed.

940 CMR 3.17 Sec. 4, which specifically governs security deposits, has 10 practices that are considered “unfair or deceptive,” including failure to return a security deposit. However, an 11th point, (k) reads “otherwise fail to comply with the provisions of M.G.L. c. 186, s. 15b.”

This verbiage effectively imposes treble damages and attorney’s fees for violations of the security-deposit law that the Legislature had exempted from such penalties.

If the lessor or his agent fails to comply with clauses (a), (d), or (e) of subsection 6, the tenant shall be awarded damages in an amount equal to three times the amount of such security deposit or balance thereof to which the tenant is entitled plus interest at the rate of five per cent from the date when such payment became due, together with court costs and reasonable attorney's fees,” 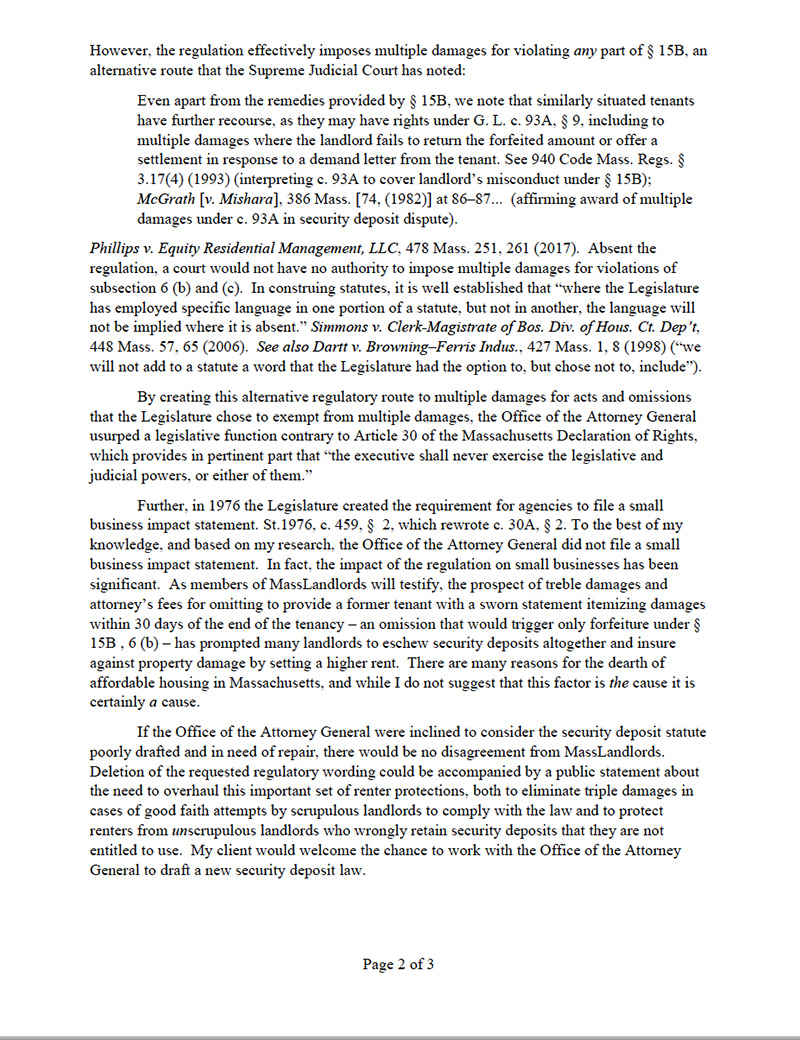 Vickery argues that if the Legislature means to impose treble damages and attorneys’ fees for things such as returning the wrong amount of interest on a security deposit, it would have been specifically highlighted in the statutes. It does not specify such damages. However, the verbiage in 940 CMR 3.17 imposes multiple damages for any violations of s. 15b. 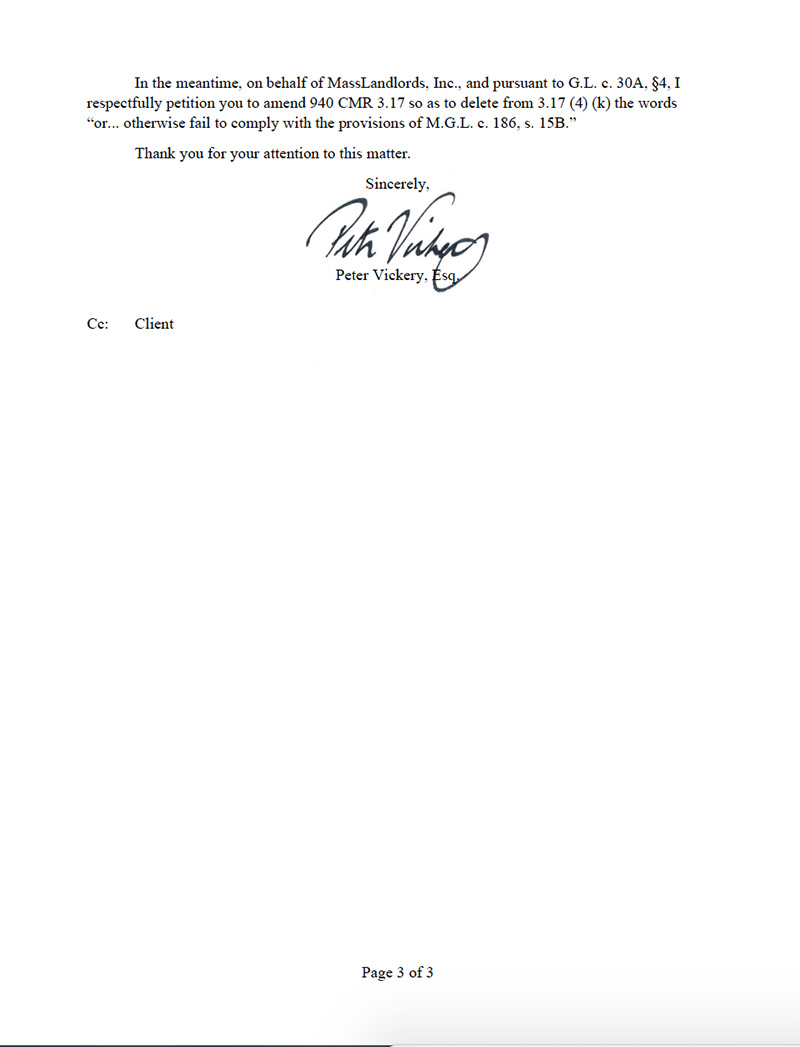 “Absent the regulation, a court would not have no authority to impose multiple damages for violations of subsection 6 (b) and (c).  In construing statutes, it is well established that ‘where the Legislature has employed specific language in one portion of a statute, but not in another, the language will not be implied where it is absent,’” Vickery wrote.

Though the law allows anyone to petition for changes to regulations, it does not specify a timeframe in which the addressee must respond. MassLandlords plans to continue to pursue the issue, and we will continue to update this story as it develops. This lays the groundwork for future movement towards broader security deposit reform.