Blog » Legislature may Rework the Marijuana Law, to Landlords’ Benefit?

The legislature, Moore said, has delayed some of the implementation of the law and may rework other portions of it for reasons primarily unrelated to rental housing. His message to us was, paraphrasing, “As long as we’re working on other areas, why don’t you tell us what tweaks landlords would want?” 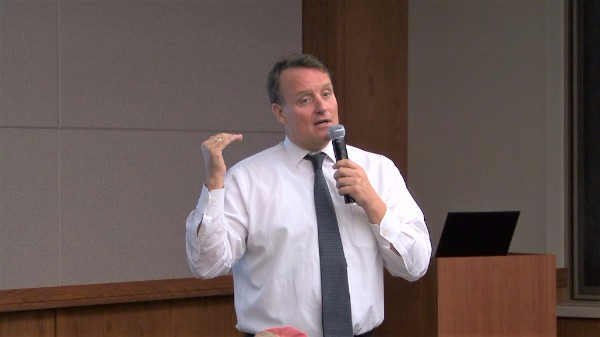 Senator Moore made impromptu remarks at MassLandlords.net/Worcester on January 11.

MassLandlords polled landlords at the Worcester event on January 11, and sat down with Sandra Katz’ public policy focus team on January 18. After incorporating all the input, here is what we said to Senator Moore:

We are writing to provide support for the legislature’s effort to improve upon 2016 Question 4, “The Regulation And Taxation Of Marijuana Act,” now law.

The referendum eliminates civil and criminal offenses, reduces the number of non-violent users who might otherwise be given a criminal record, and increases the number of applicants qualified for rental housing.

Where it reads, “except that a lease agreement shall not prohibit…” it should read, “except that a RENTAL agreement shall not prohibit.” The use of “lease agreement” is ambiguous (is it intended to mean only fixed-term leases, or was it a colloquialism intending to cover all agreements including month-to-month?). The proposed wording of “RENTAL agreement” would clearly cover all classes of agreements and provide the breadth of scope we believe was intended by the Commonwealth.

There is a need to Expand and Clarify Insurance

The primary concern of landlords in your district and likely state-wide is a lack of insurance coverage for losses resulting from mold, water, or fire casualty. Although any interior horticulture carries these risks (e.g., exotic orchids), landlords are concerned that marijuana cultivation is intended for repeat harvesting, inspires greater enthusiasm than other houseplants, and will frequently be carried out at a greater scale than any houseplant. And because marijuana is illegal federally, we fear insurance policies will exclude coverage of losses resulting from marijuana growing. We have heard anecdotally that insurers are already preparing such exclusions.

The specific risk comes in three parts. First, marijuana plants require humidity, which can create mold on walls and ceilings. Second, improper planter drainage can seep into the floor, causing mold and water damage there. Third, grow lamps require unusual electrical capacity. If the service is not upgraded, a tenant may be inclined to make unsafe DIY upgrades to avoid tripping breakers or fuses, increasing the risk of fire.

Under the current law, responsible landlords have only two options to mitigate this risk. First, they can ban marijuana cultivation by rental agreement. As you are no doubt aware, tenants sometimes violate rental agreements. Second, landlords can check on their properties and inside units with some regularity. Neither of these two options is guaranteed to prevent losses from growing marijuana.

We propose several related solutions, but do not have the legal drafting expertise to suggest where in the statute or with what wording to make most of these changes:

Renters insurance underwriters may soon be issuing exclusions related to marijuana. We wish all renter’s policies issued in the Commonwealth to cover liability for state-legal horticultural activity, and we wish all tenants to carry renter’s insurance, for their own good and for the good of the housing industry.

Landlords want to know that even if their tenant’s renter’s insurance lapses, their losses from marijuana will still be covered. It may be desirable for private insurers to exclude losses from federally illegal marijuana growing. We have heard anecdotally that they are preparing to do so. We wish all income property policies to be required to cover losses from state-legal horticultural activity.

As the insurer of last resort, the Fair Plan should not list exclusions related to growing marijuana. It is a particular to risk to owners who still have not replaced knob-and-tube wiring. These owners are the most vulnerable to fires and are unable to obtain private insurance elsewhere.

One other issue, which we did not address with Senator Moore, is that the law forbids consumption of marijuana in public while simultaneously allowing landlords to ban smoking in private. This leaves edibles as the only form of consumption allowed to certain renters.
It would probably be better to explicitly permit smoking in public as long as it is not within X feet of a window, door, or other person, the way we do for tobacco. We proposed greater freedom of public consumption at MassLandlords.net/Worcester, but the knee-jerk reaction was negative. So we didn’t address it with the Senator. Perhaps someone else has a better idea, perhaps more careful consideration would result in a changed vote, or maybe all renters will respect rental agreement prohibitions on smoking.

Will any of our suggestions be incorporated into law? We’ll let you know if we hear anything.