The U.S. Department of Housing and Urban Development (HUD) announced it reached an agreement with the Dallas Housing Authority (DHA) this September, requiring the DHA to pay $500,000 for an alleged housing discrimination violation from 2019. 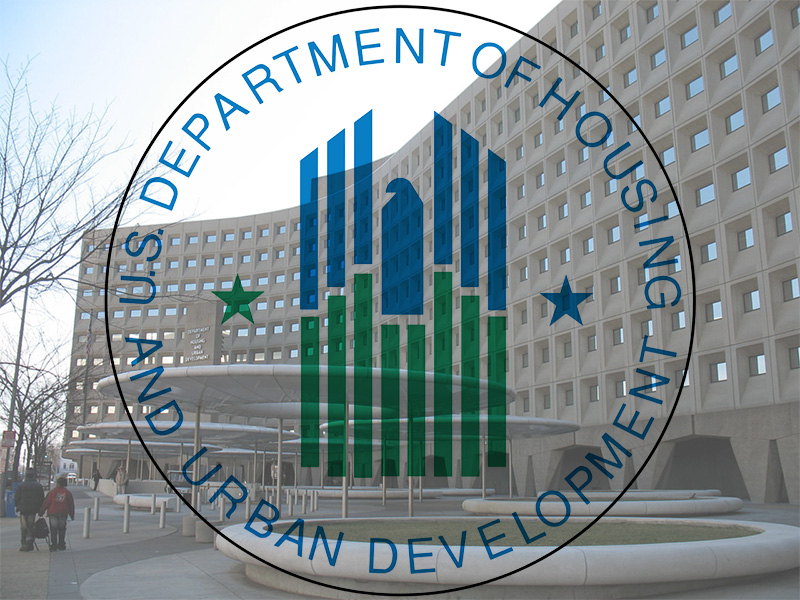 The U.S. Department of Housing and Urban Development (HUD) is requiring the Dallas Housing Authority to pay $500,000 and revamp parts of its policies after an alleged 2019 violation.
Image License: Logo courtesy of HUD, over image licensed CC by SA Marcel Breuer

The agreement, called a Voluntary Compliance Agreement – Conciliation Agreement (VCC-CA), came after a complaint filed by a public housing tenant, whose name was redacted by HUD for privacy reasons.

According to HUD, the tenant was in a car accident and suffered injuries that prevented her from climbing the stairs to reach her second-story apartment. She asked to relocate to a ground-floor apartment, but the DHA reportedly did not comply with this accommodation request. According to HUD’s statement, this forced the tenant to crawl up and down the stairs to access or leave her home. She filed a complaint against the DHA in December 2019.

In March 2021, the tenant amended her complaint, alleging that that DHA attempted to retaliate against her by pursuing an eviction after she had requested the accommodation. This resulted in the woman losing her housing.

HUD opened an investigation shortly thereafter and sent a Letter of Findings in April 2021 that concluded the DHA had violated Section 504 of the Rehabilitation Act of 1973, Title 2 of the Americans with Disabilities Act (ADA) and had also discriminated against the tenant based on her disability under the Fair Housing Act (FHA).

In the agreement, the DHA denied any wrongdoing. However, the agreement also compels the housing authority to pay their former tenant $500,000 and absolve any debts or judgments they were claiming against her. The DHA must also pay HUD $10,528 in civil penalties and overhaul its reasonable accommodation policies. Further, they are tasked with creating an effective communication program for individuals with disabilities.

This is one of the largest settlements HUD has ordered in a while, and it shows that they are taking housing discrimination complaints very seriously. If you need a refresher on what constitutes housing discrimination, please visit our discrimination page and read up on the protected classes in Massachusetts. It will make you a better landlord, and could save you a lot of problems in the future.