In March, Congress enacted the CARES Act, which established an eviction moratorium that is set to expire on July 25 and covers about one-third of the country’s rental housing. 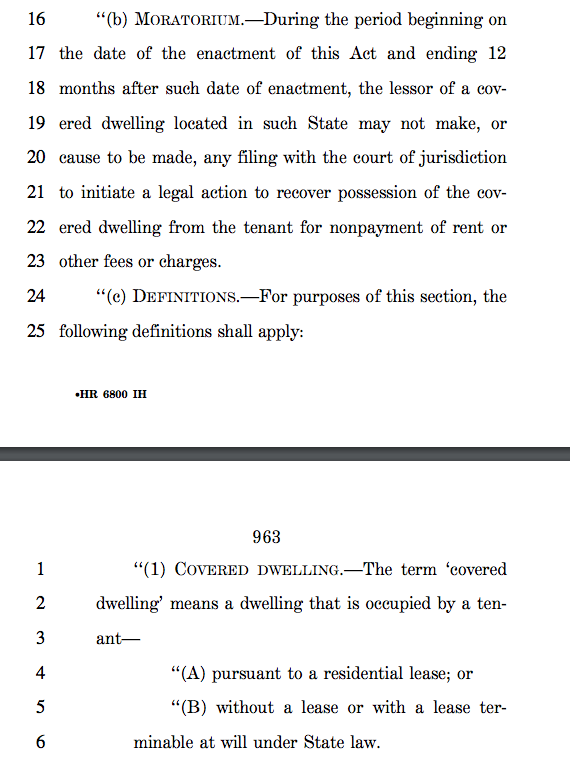 In May, the House of Representatives voted in favor of a bill titled the Health and Economic Recovery Omnibus Emergency Solutions (HEROES) Act, which would both extend the moratorium’s duration to 12 months and expand its scope to cover all rental properties in the United States.

The bill is lengthy (1,815 pages). The provisions about the eviction moratorium start at page 961 in section 110203 of Division K, Title II (titled “Protecting Renters and Homeowners from Evictions and Foreclosures”).

For a period of 12 months after enactment, it would prohibit “legal action to recover possession of the covered dwelling from the tenant for nonpayment of rent or other fees or charges.” Unlike the “covered dwelling” of the CARES Act, the term “covered dwelling” in HEROES means dwellings covered by section 802 of the federal Fair Housing Act, i.e., all rental units.

The bill now goes to the Senate.