Worcester landlords were recently treated to a demonstration of the Worcester Police Department's Real Time Crime Center. Their technology has already been used to solve cases of violent crime and property crime.

According to Deputy Chief Mark Roche, the technology first became available as part of a plan to bring CSX into the city. CSX is an international container shipping company that has a brand new rail and freight yard in Worcester. They funded some safety improvements around their facility, and the city matched funds to expand the services city-wide.

Here are five of their crime-fighting technologies that we think are pretty cool.

Text-a-tip is an SMS masking system. A witness or informant can text what they know to WPD, and their identity will be masked entirely from WPD's systems and officers. The WPD can message the tipster back to follow up, give advice, or solicit additional details.

This commonly happens where individuals feel morally torn between loyalty to a friend or family member and the belief that their knowledge could prevent another from coming to harm. Text-a-tip allows for property- and life-saving messages to get out without exposing tipsters to domestic violence or other retribution.

As of October 2015 WPD had received over 4,000 tips covering everything from shoplifting to homicide. 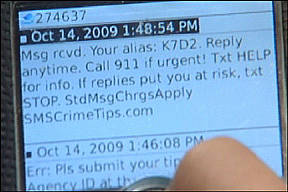 Many cities have text-a-tip, like this version in Springfield, MA.

The Worcester PD Mobile App lets private citizens stream the police scanner, watch informational videos, and get updates about crimes in their neighborhood. Want to know what that disturbance was last night? Set up email alerts and you'll be pinged when the information is released. 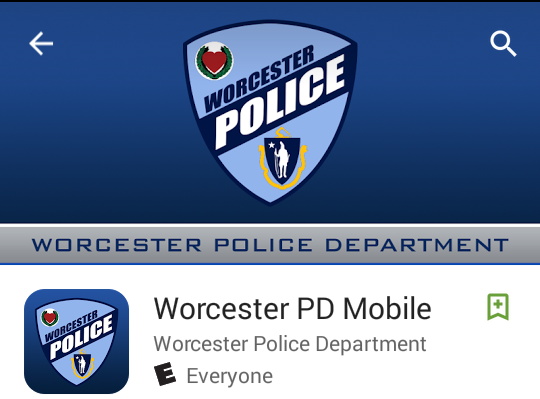 The "ShotSpotter" is an acoustic triangulation system. Microphones placed strategically throughout the city listen for the hallmark "pop" of gunfire and report the direction, amplitude and audio file to a central processing server. Reports are collated and cross-checked from multiple sources. The result is that within one minute, WPD can know the location of a gunshot to within 25 meters.

In one case, a suspect was apprehended immediately following a ShotSpotter message to an officer on their beat.

The ShotSpotter can also be used as negative evidence. Suppose a gunshot victim is found outside but there is no ShotSpotter record for the time of death or injury. That means they were likely shot indoors, substantially narrowing the search area for suspects.

This technology is used in 100 cities in the US. On average, only 25% of shots are called in by residents, according to Deputy Chief Roche. The City of Worcester has six square miles of coverage, more than, for instance, Milwaukee. 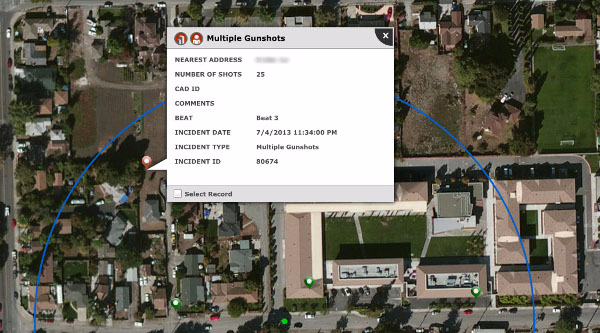 From the ShotSpotter Media Kit, an aerial detail of a random city (probably not Worcester, by the looks of it) and shot locations.

The WPD have access to 1,500 cameras, mostly at intersections and housing authorities. But with 200,000 residents, there's the potential for many more cameras to catch criminal activity.

Fortunately, WPD doesn't need to own and install all their own cameras. Thanks to the camera collaborative, private citizens can register their cameras for possible use by WPD. Later, should WPD wish to go back in time in a neighborhood to track down a suspect, they can contact registered owners for access to their footage.

It gets better. Owners with Internet access can both register their cameras and grant WPD "view only" access. This means WPD can live stream driveways, porches, back yards, hallways, and anywhere else they've been granted access.

At the Real Time Crime Center, we watched as they flipped through hundreds of cameras all around the city. Parking lot puddles, license plates, pet owners walking their dogs, and traffic jams came into crystal clear view.

The city also has mobile cameras for events like the St Patrick's Day Parade. They can effectively patrol far wider areas with fewer officers. For instance, if a camera indicates the start of a problem at a local pub, they can direct the patrol officers to that location before a serious fight breaks out. 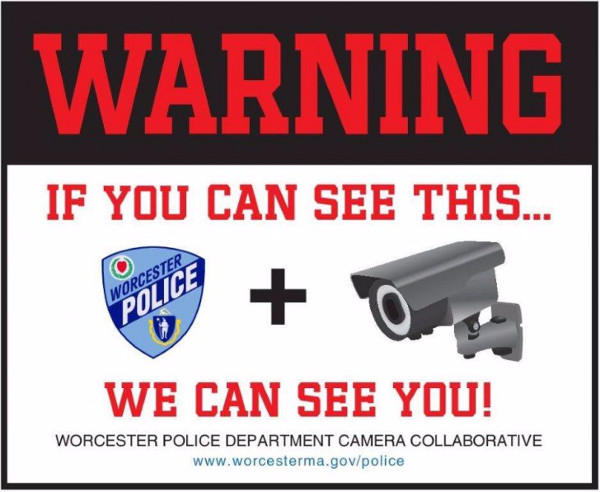 WPD gives out free stickers like these to Camera Collaborative participants to put on their doors or windows.

If you've been reading the news you'll know that ISIS in Syria tweets what they're doing. It's similar in Worcester, Massachusetts, not with ISIS, but gangs. Gang activity is about being the coolest, and gang members are very likely to tweet threats, proof of crimes, and other villainous behaviors all conveniently geo-tagged for crime fighters to discover.

WPD actually has special software that lets them point on a map and pull up tweets from within a certain geographic radius. The tweets can be filtered to contain only certain keywords, hashtags, or users. For criminals, tweeting can be like wearing custom-made boots and leaving muddy footprints everywhere they step. It's not very clever. 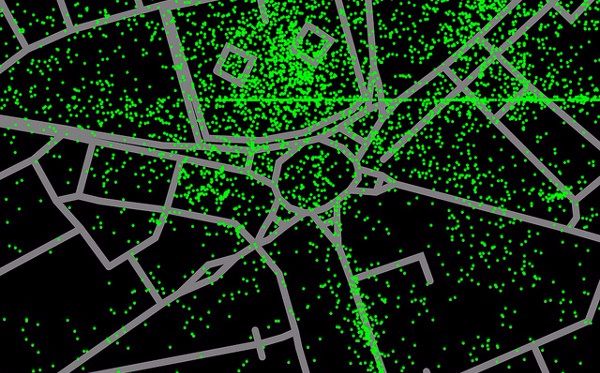 Your city may have some or all of these five cool crime-fighting technologies. Ask your local police department!